This page provides information on the V-Ray Sphere Light.

The VRayLightSphere is a VRay Light object in the shape of a sphere. It is a good general-purpose V-Ray light for illuminating scenes to simulate real-world point light sources such as lamp bulbs.

The sphere can be scaled to any size and emits light outward in all directions. 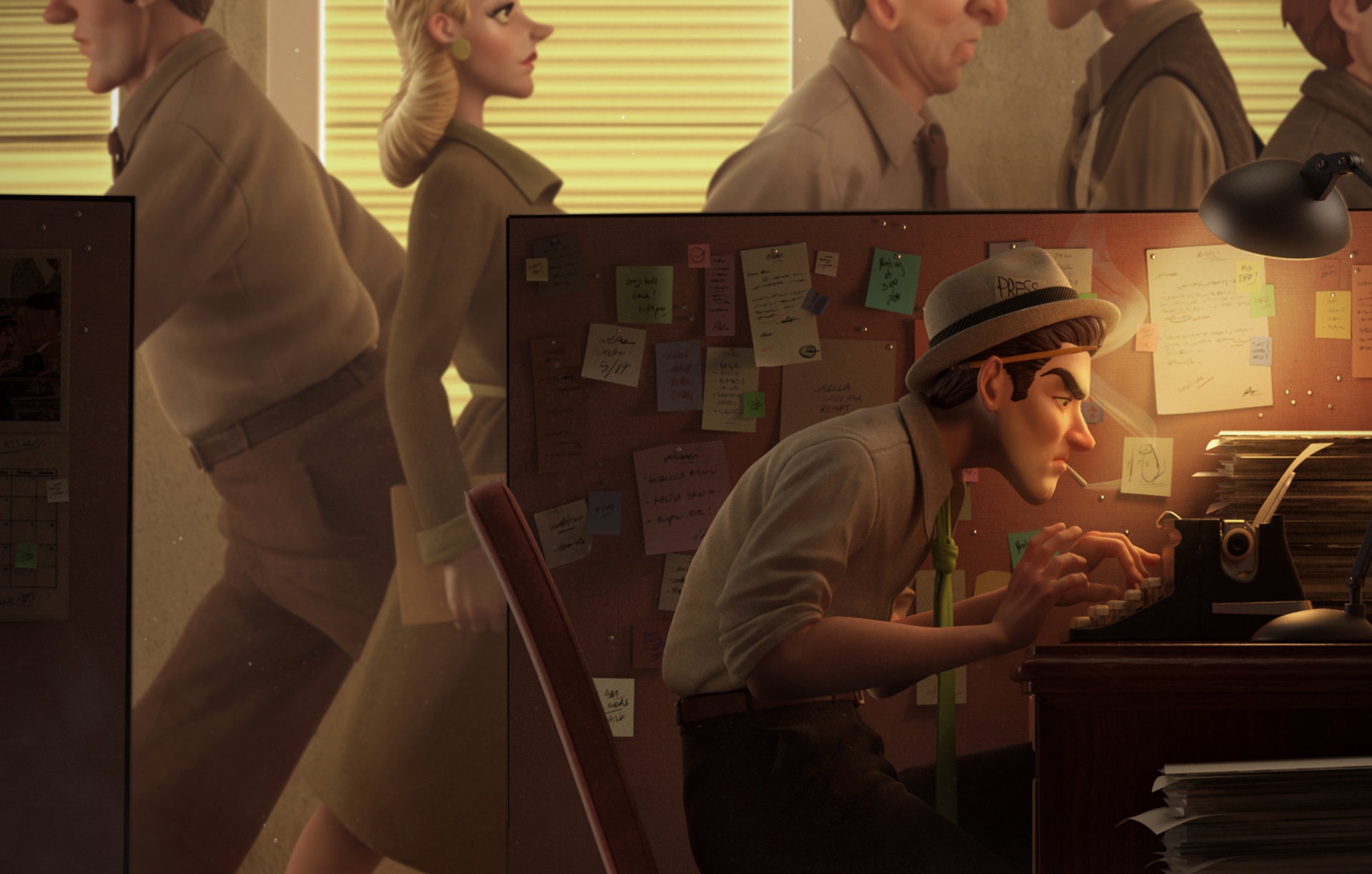 Color Mode – Chooses the mode in which the color of the light will be specified.

Light Color – When Color Mode is set to Color, this parameter controls the color of the light. When using photometric units, this color is normalized so that only the color hue is used, whereas the light intensity is determined by the Intensity multiplier parameter.

Temperature – When Color Mode is set to Temperature, this parameter controls the color of the light in degrees Kelvin.

Intensity multiplier – Multiplier for the light color; this is also the light intensity in the units chosen by the intensity Units parameter.

Units – Dropdown to select light units. Using correct units is essential when you are using the VRayPhysicalCamera. The light will automatically take the scene units scale into consideration to produce the correct result for the scale you are working with.

Radius – The radius of the light source, measured in scene units.

Sphere segments – Controls the quality of the light object when it is visible either directly or in reflections. A bigger number makes the sphere smoother. 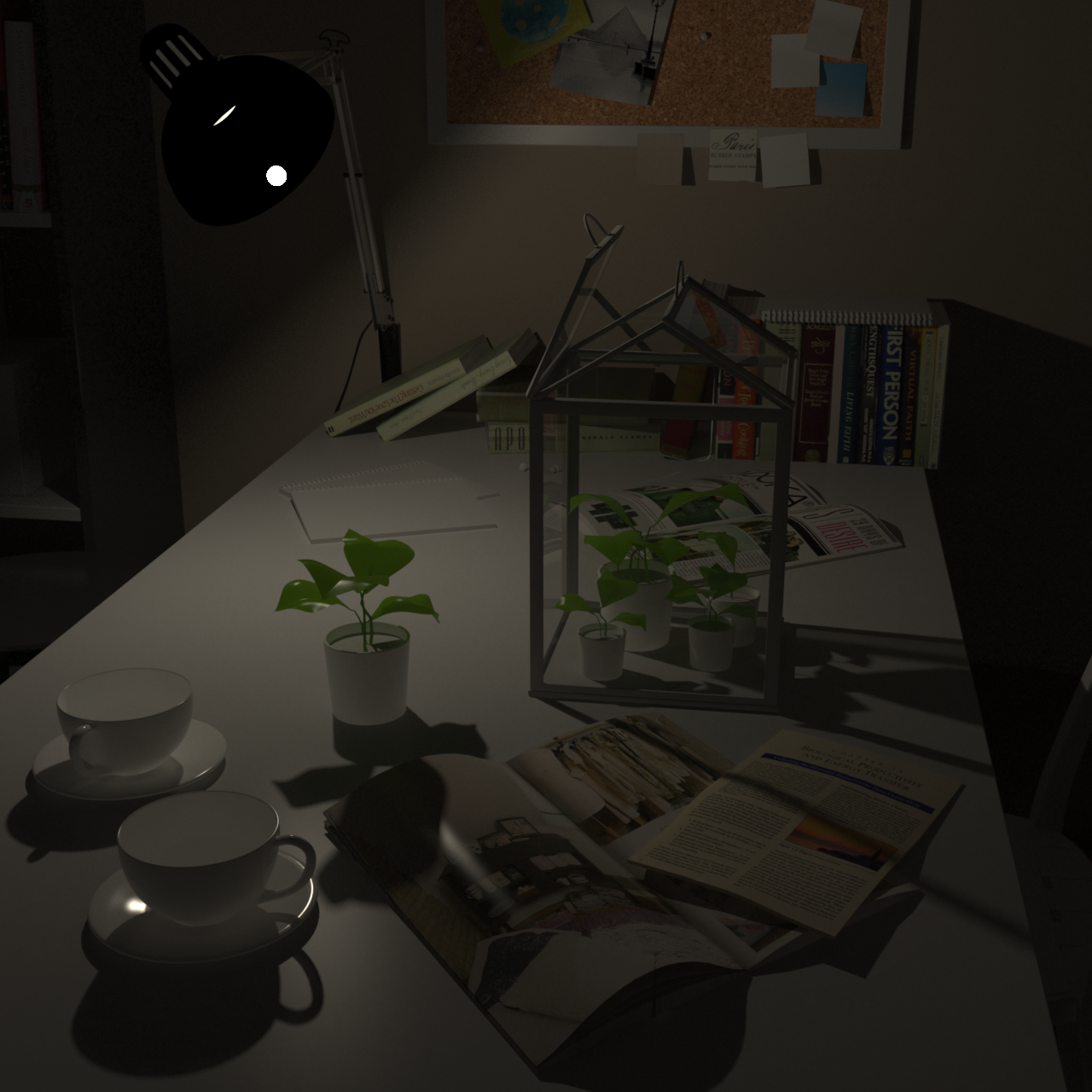 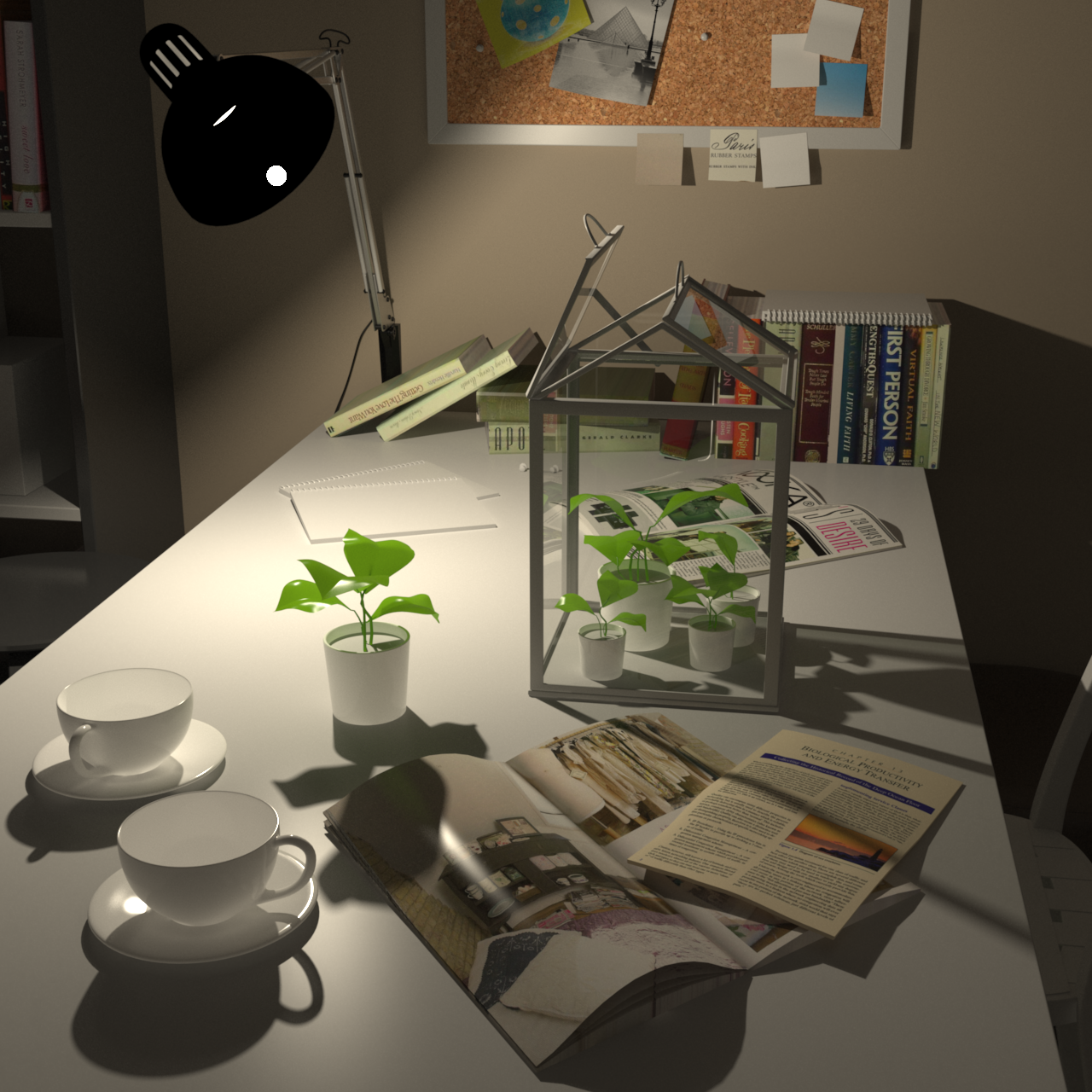 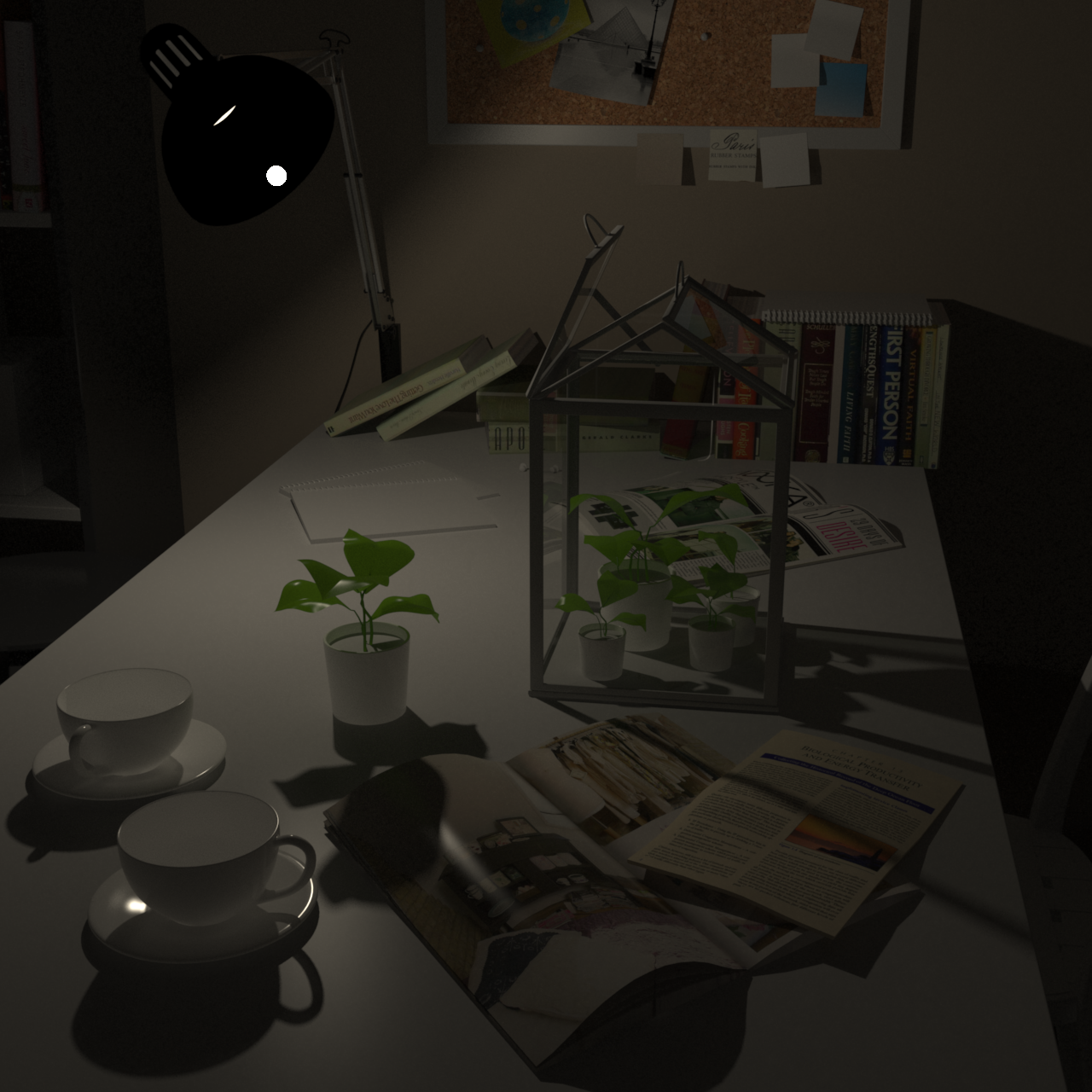 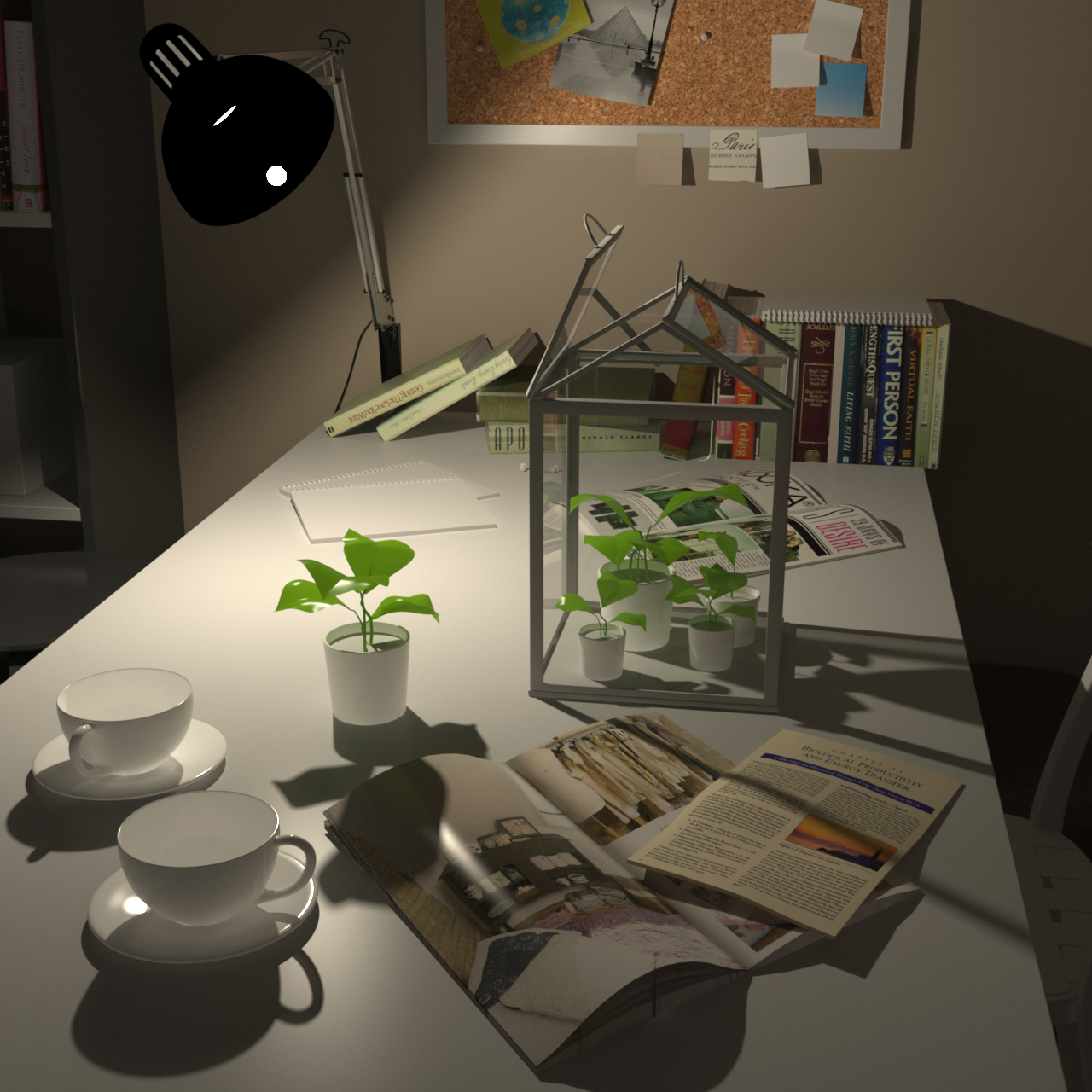 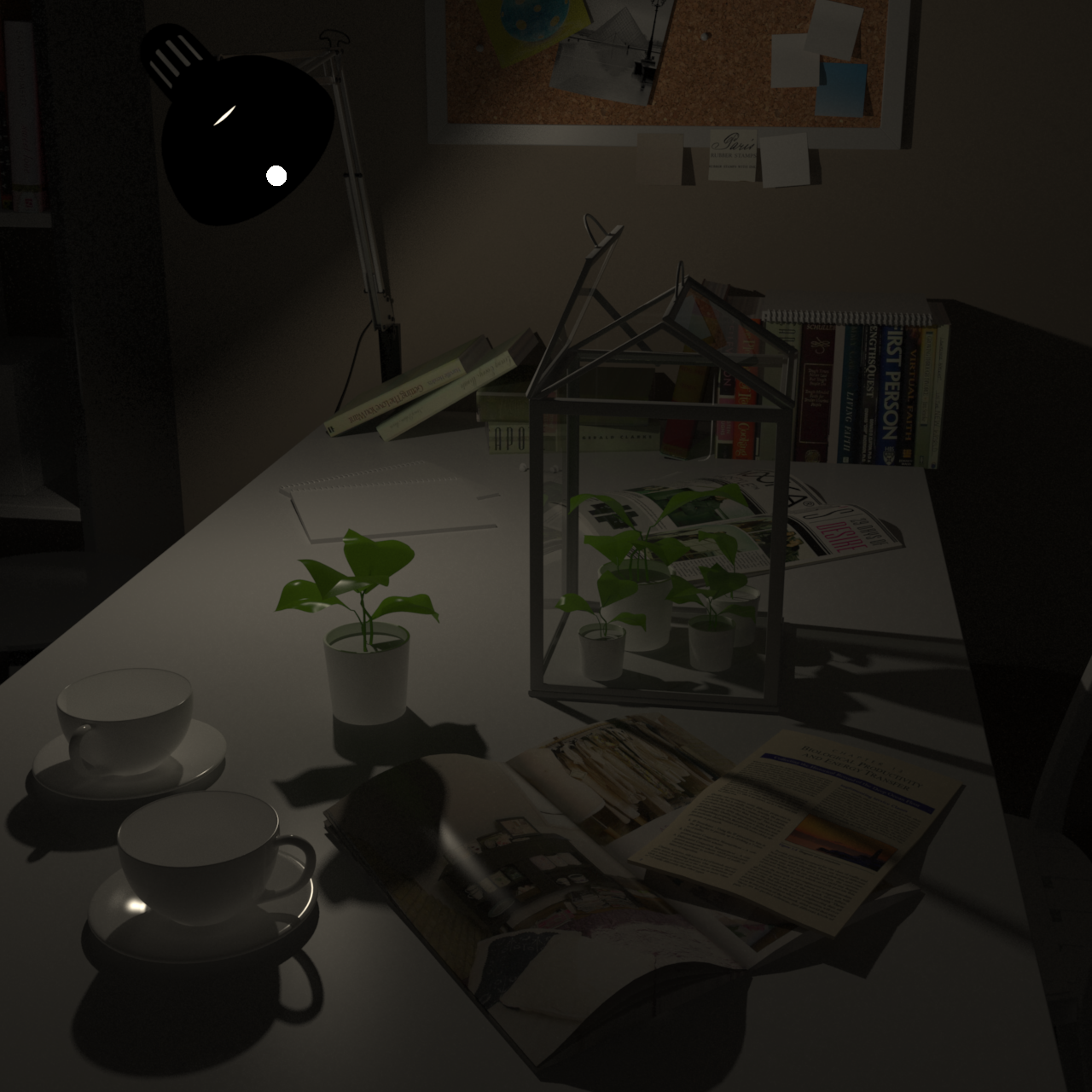 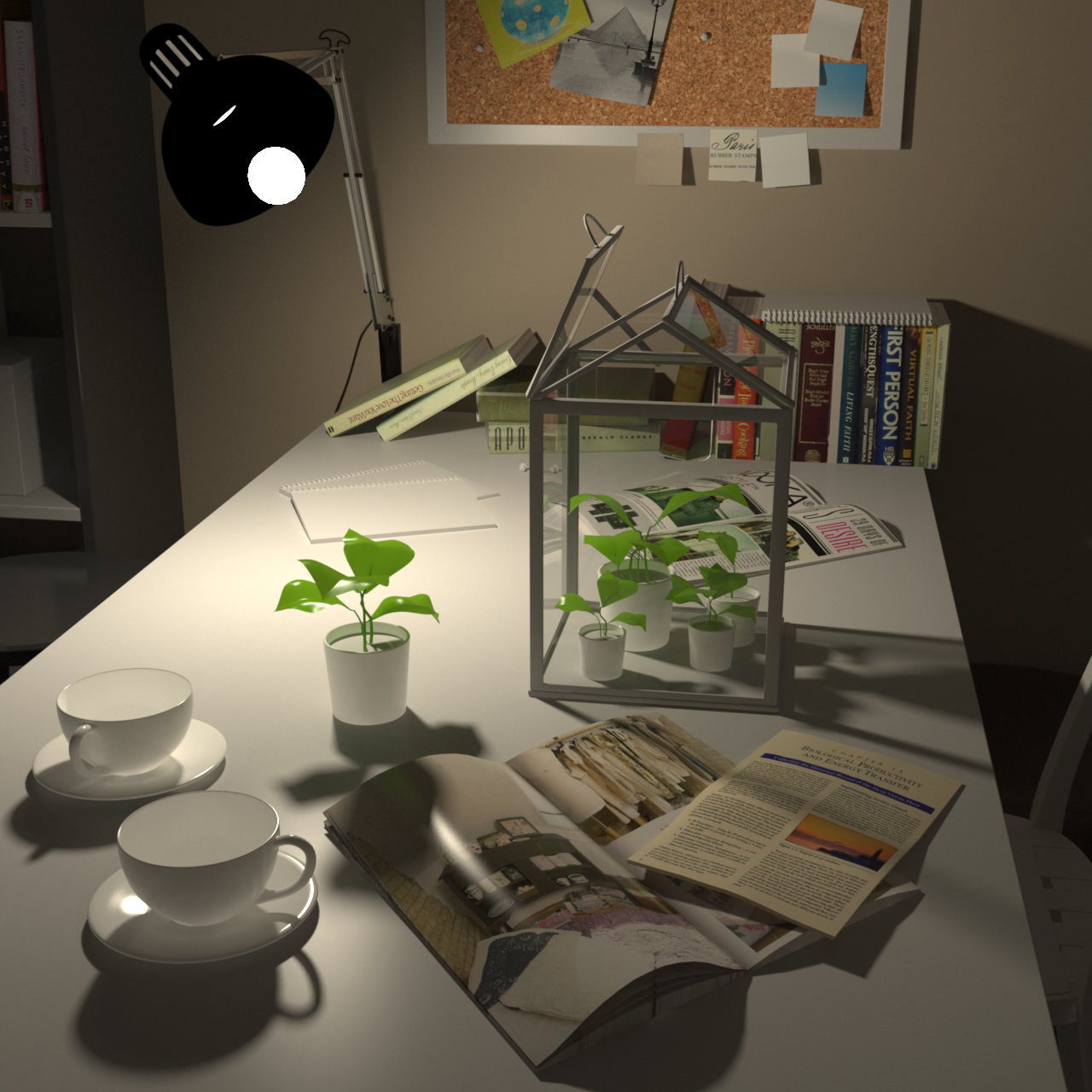 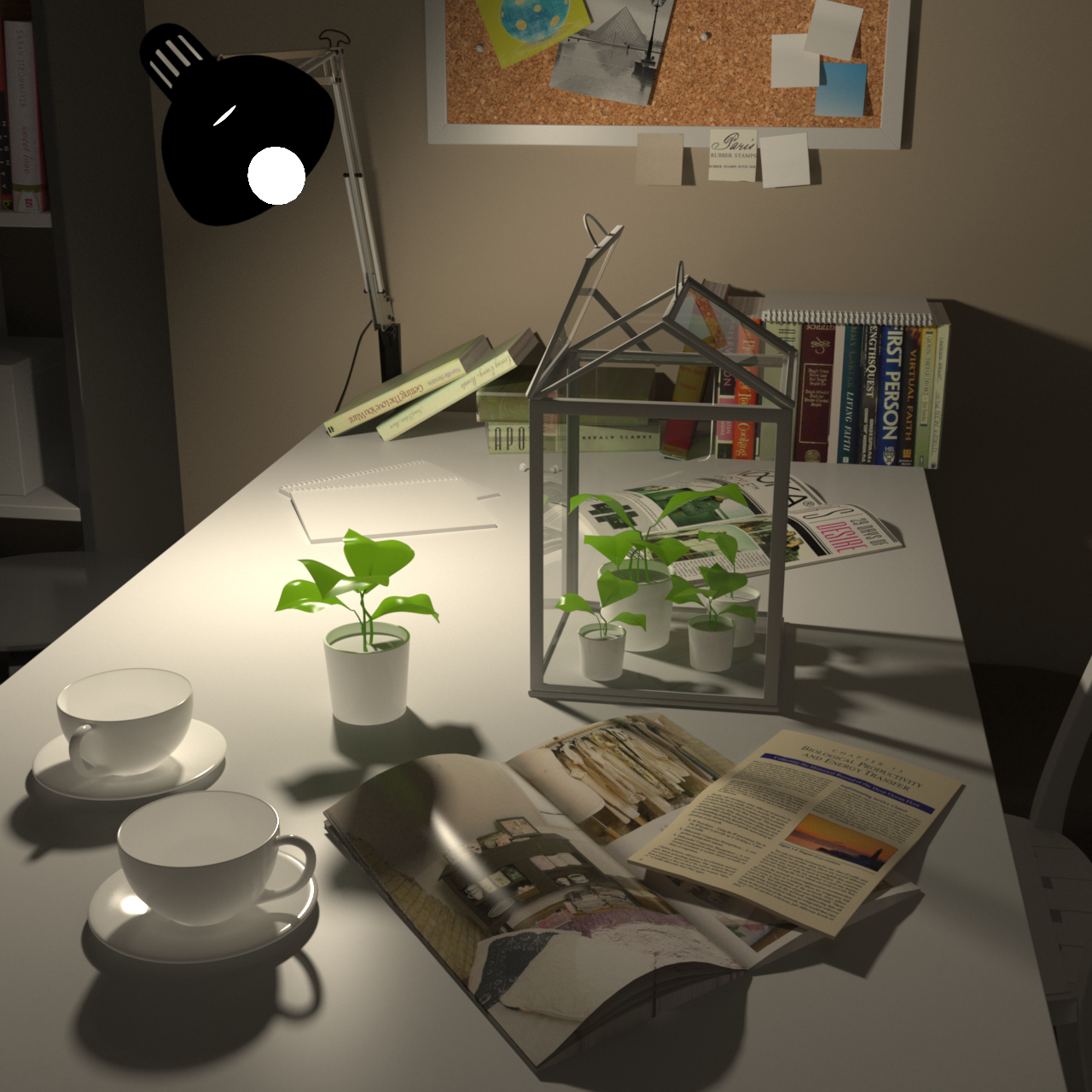 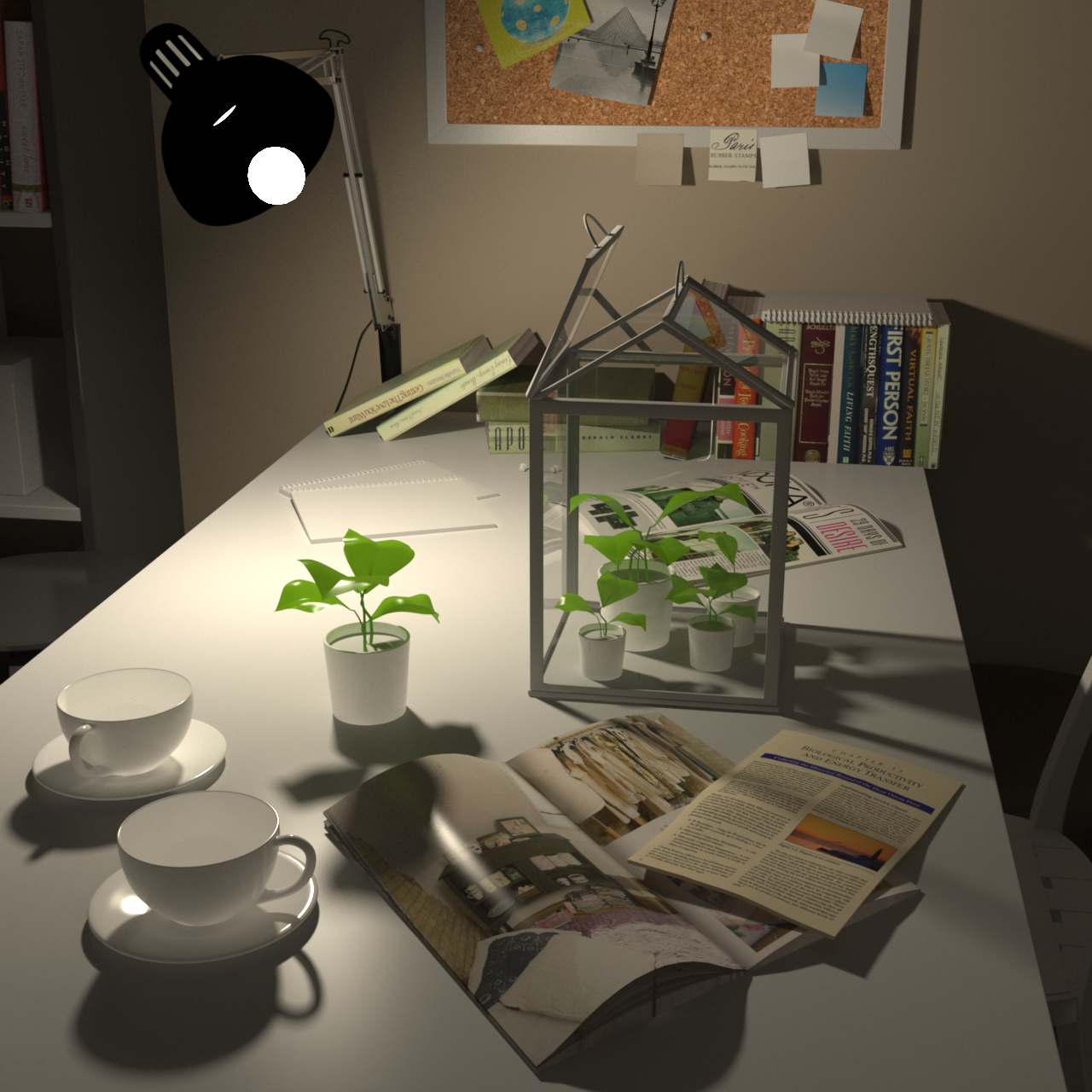 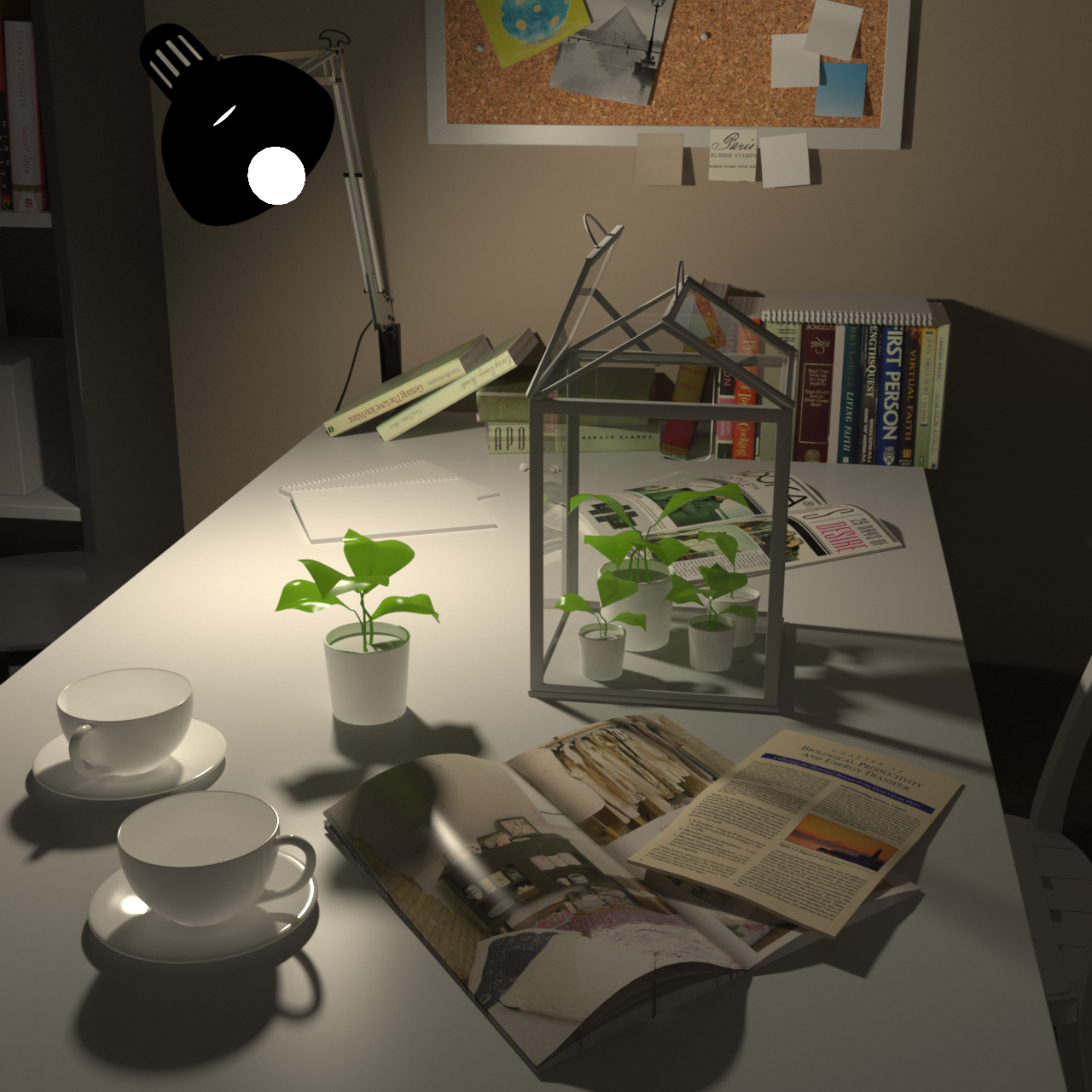 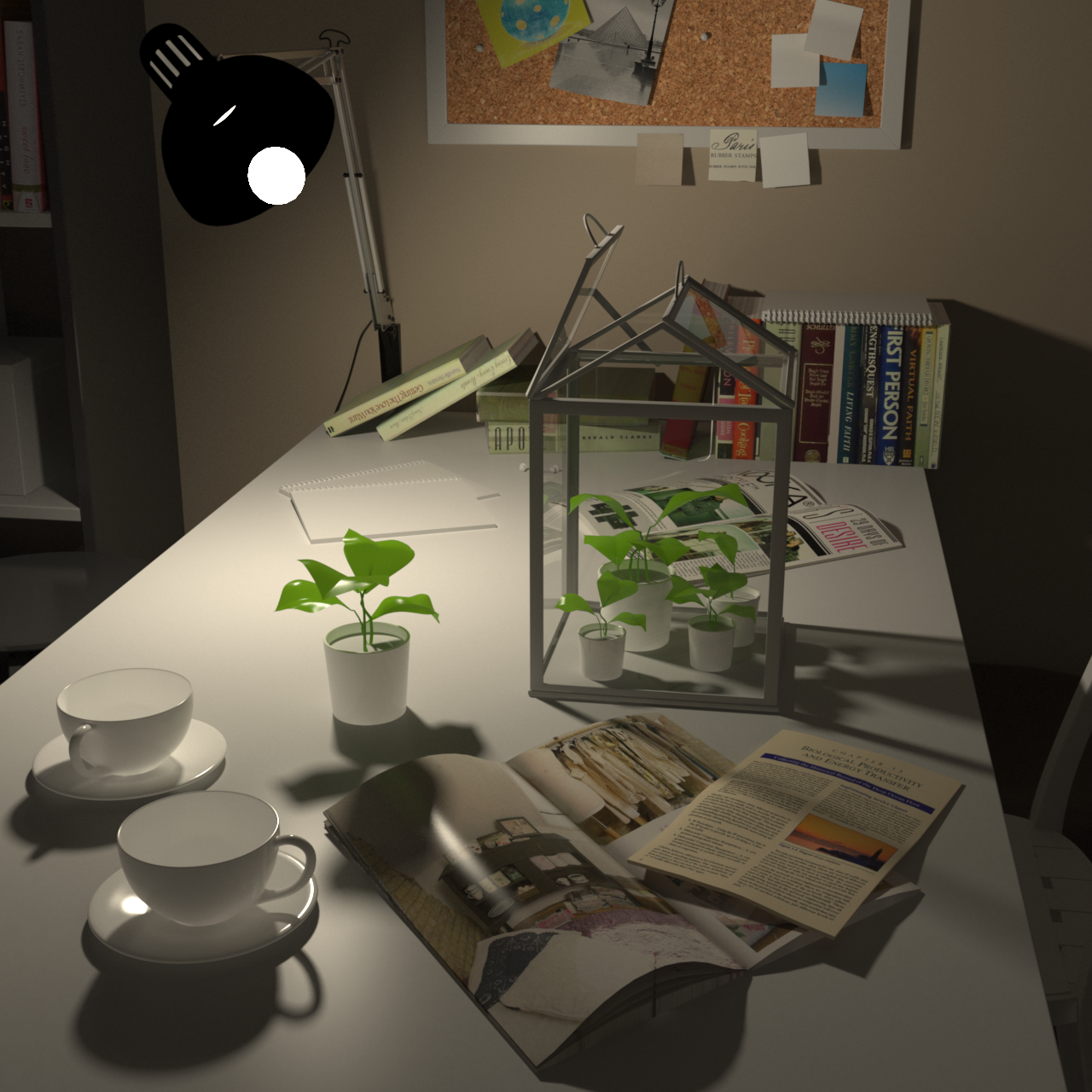 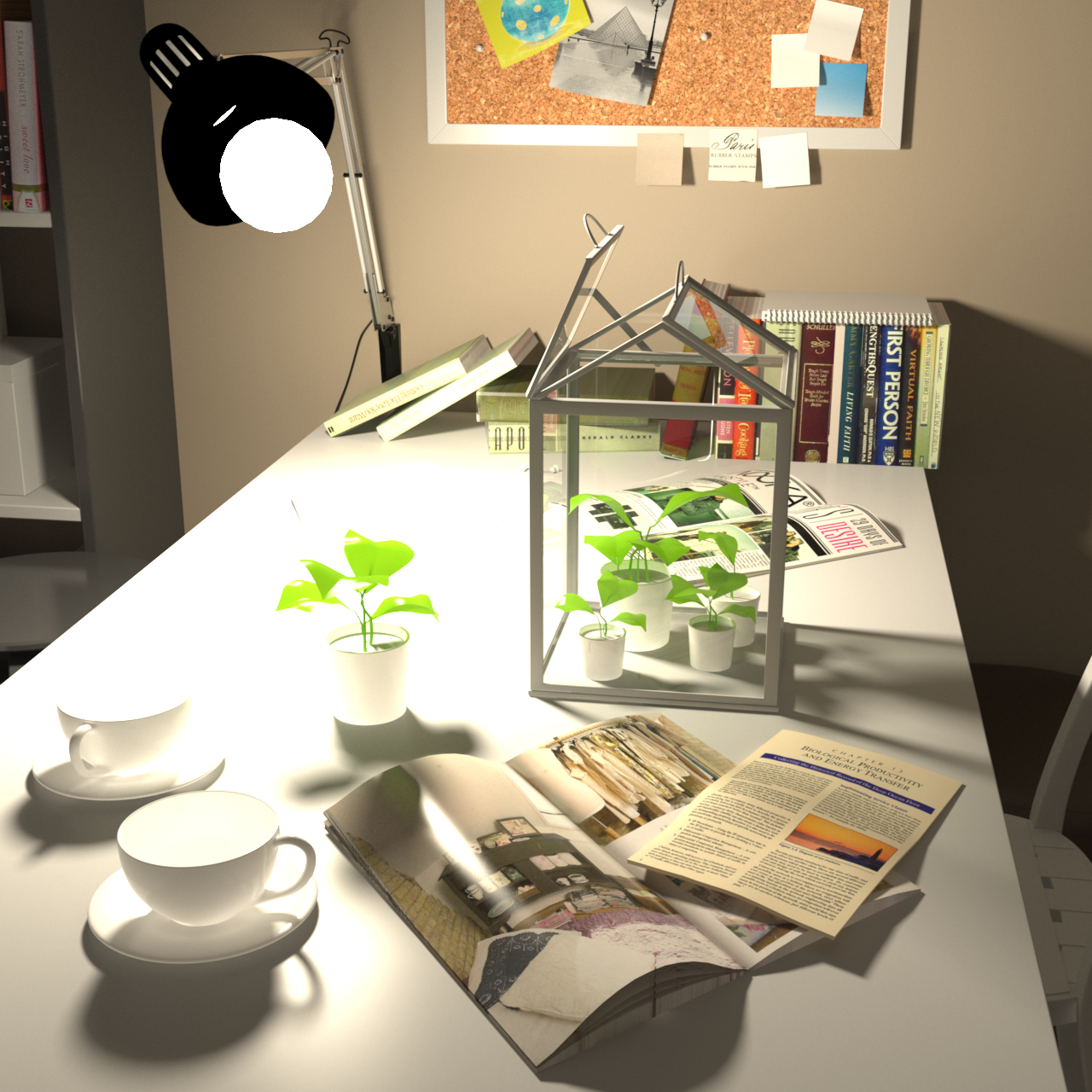 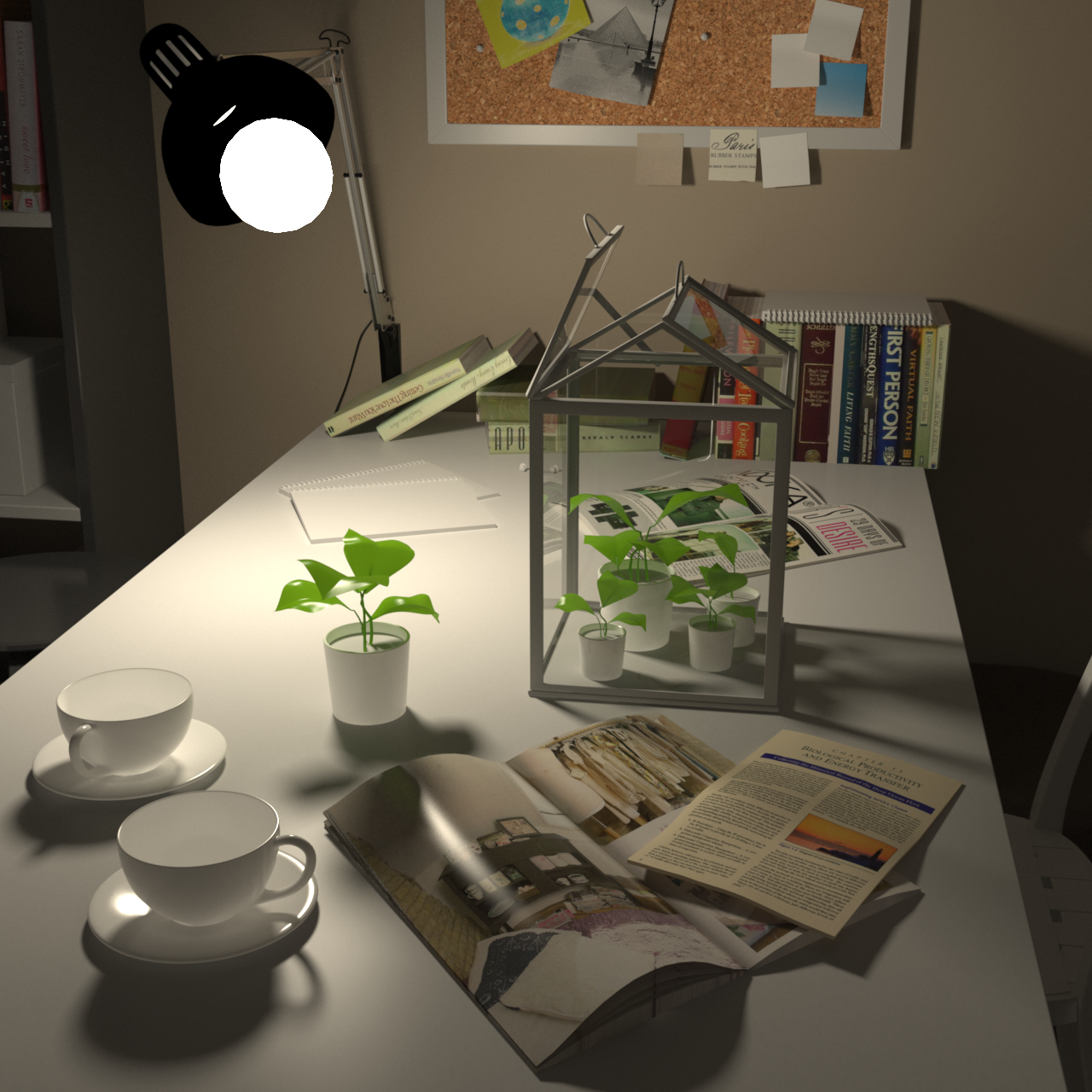 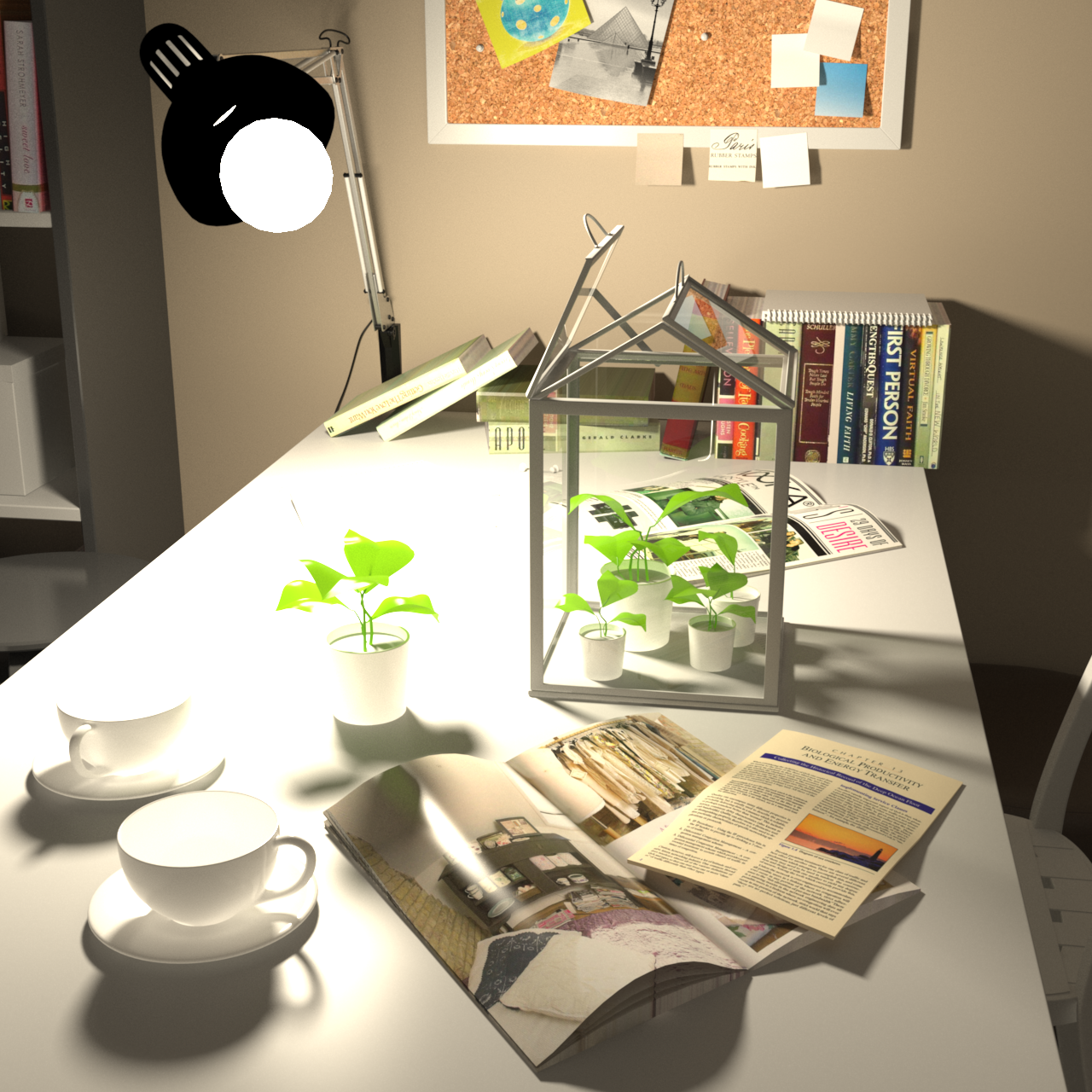 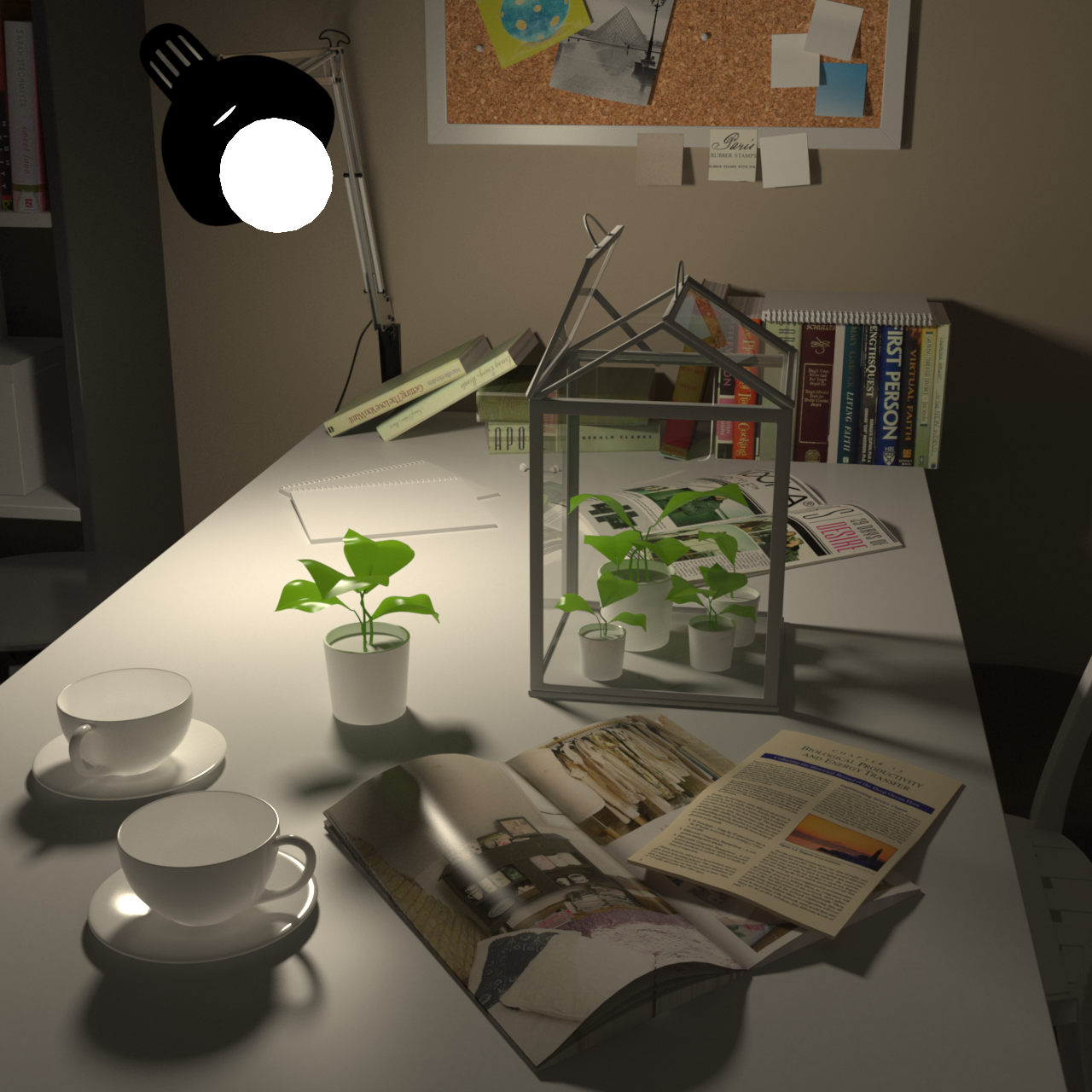 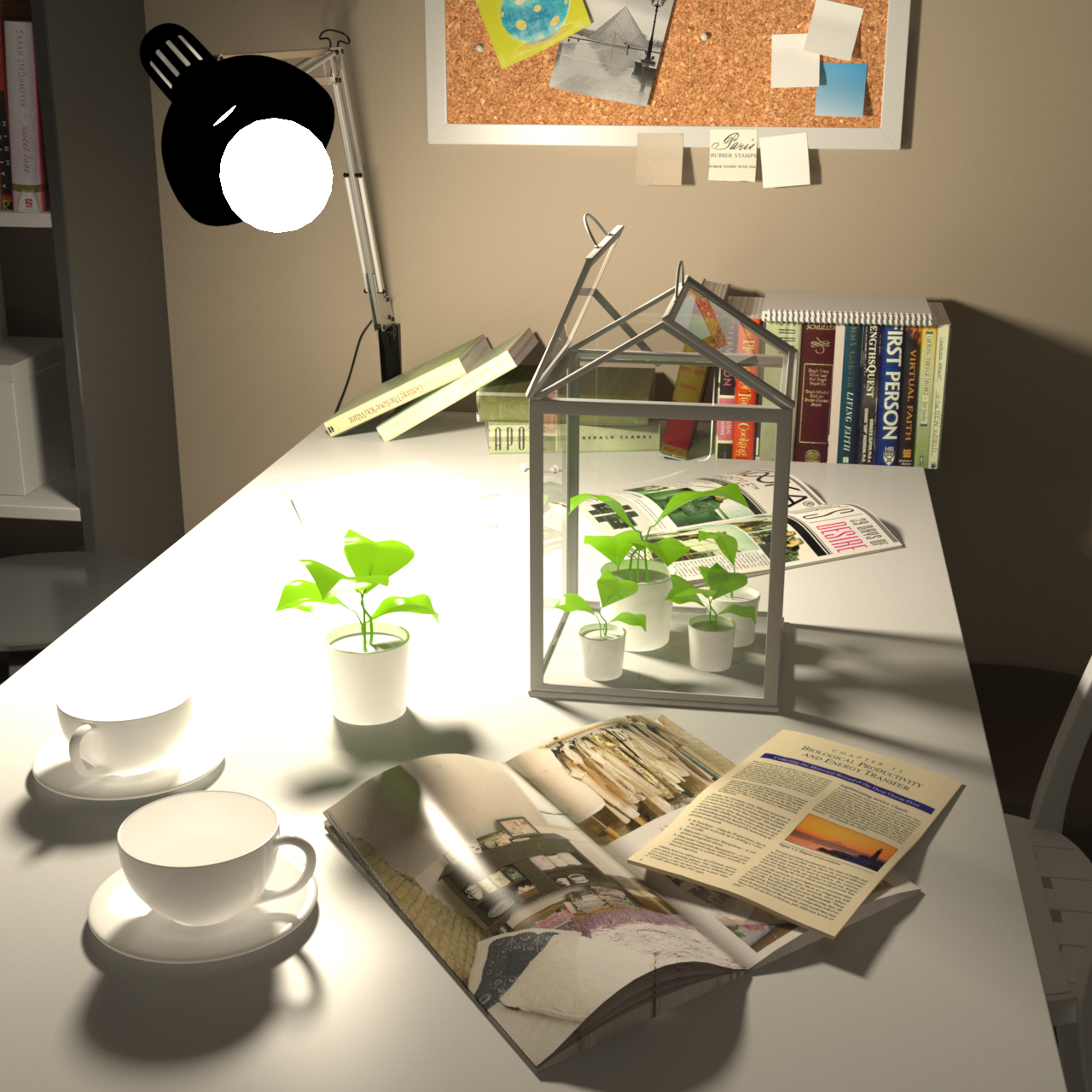 Invisible – Controls whether the shape of the VRayLight source is visible in the render result. When disabled, the source is rendered in the current light color. Otherwise it is not visible in the scene. Note that this option only affects the visibility of the light when seen directly by the camera or through refractions. The visibility of the light with respect to reflections is controlled by the Affect specular and Affect Reflections options.

Affect Diffuse – Determines whether the light is affecting the diffuse properties of the materials.

Affect Specular – Determines whether the light is affecting the specular of the materials. This means glossy reflections.

Affect Reflections – Determines whether the light will appear in reflections of materials. This means both perfect and glossy reflections.

Diffuse contribution – A multiplier for the effect of the light on the diffuse.

Specular contribution – A multiplier for the effect of the light on the specular.

Atmospherics contribution –  Determines the amount of influence the light has on the atmospheric effects such as VRayEnvironmentFog, VRayVolumeGrid or Phoenix effects.

Light cut-off threshold – Specifies a threshold for the light intensity, below which the light will not be computed. This can be useful in scenes with many lights, where you want to limit the effect of the lights to some distance around them. Larger values cut away more from the light; lower values make the light range larger. If you specify 0.0, the light will be calculated for all surfaces. This parameter is not available when the renderer is set to CUDA.

Override motion blur samples – Overrides the default number of samples that will be used to sample the current light for motion blur.

Shadows – When enabled (the default), the light casts shadows. Disable to turn off shadow casting for the light. For more information, see the Size of Lights, Shadows and Intensity example earlier in this page.

Shadow bias – Moves the shadow toward or away from the shadow-casting object (or objects). Higher values move the shadow toward the object(s) while lower values move it away. If this value is too extreme, shadows can "leak" through places they shouldn't or "detach" from an object. Other effects from extreme values include moire patterns, out-of-place dark areas on surfaces, and shadows not appearing at all in the rendering.

Shadow Color – Controls the color of shadows for this light. Note that anything different from black is not physically correct. This option is inactive when using the V-Ray CUDA engine.

This rollout is inactive when using the V-Ray CUDA engine.

Caustics multiplier – A multiplier for the generated caustics by the selected light. Note that this multiplier is cumulative - it does not override the multiplier in the Caustics rollout of the render settings.

Locator scale – Multiplies the size of the locator in the viewport. This does not effect the render.