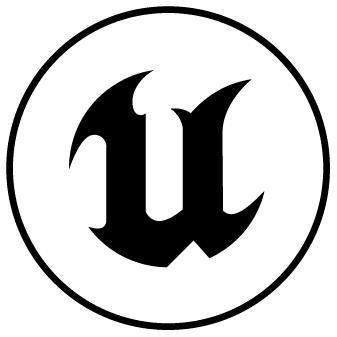 This page provides information on the Utility Render Elements found in V-Ray for Unreal.

The Utility Render Elements are a group of render elements that are generated for use in a number of different compositing and image manipulation needs.

Some of these render elements are also useful for optimizing renders and troubleshooting issues and aren't necessarily used as images in actual compositing. 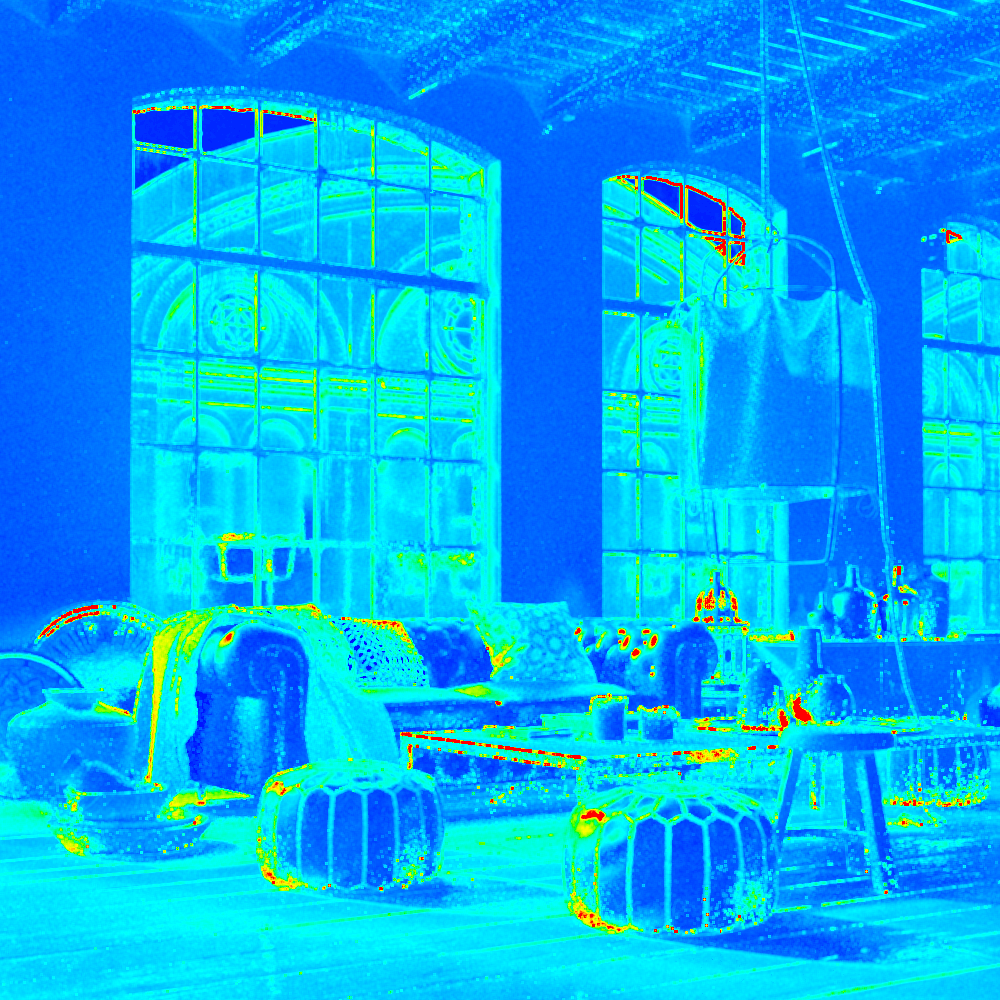 Enable – Enables the rendering of the channels included in this group.

Active – Enables the render of the channel.

Consider for AA – By default, the Image sampler applies AA based on the RGB image. When this option is enabled, the Render Element is considered for AA.

Filtering – When enabled, it applies the antialiasing filter to the render element.

A color is assigned to each pixel according to how many primary samples are being taken by the Image Sampler: 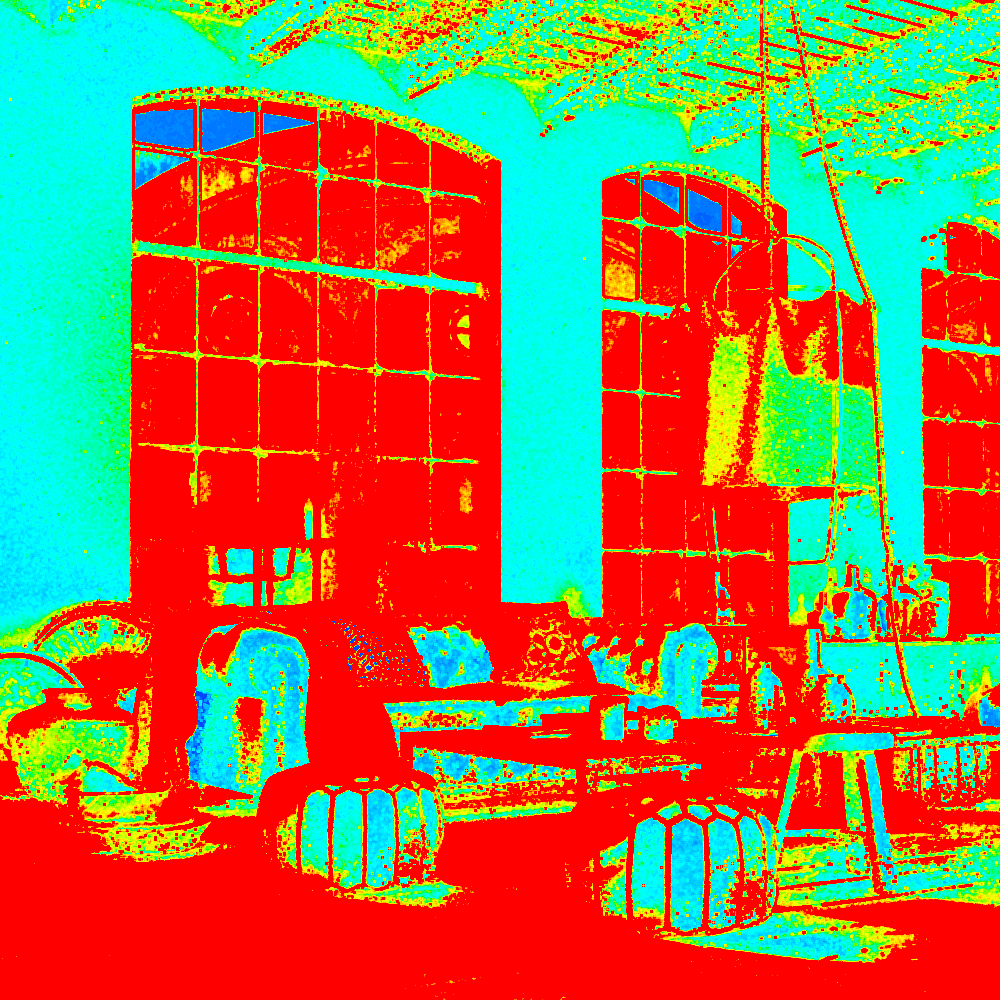 The Unclamped Color channel is a color image that shows the original colors that were clamped or adjusted with Color Mapping. This render element is useful in the compositing process for enhancing extreme colors (very bright or very dark) or for shading the final image with the unclamped colors. 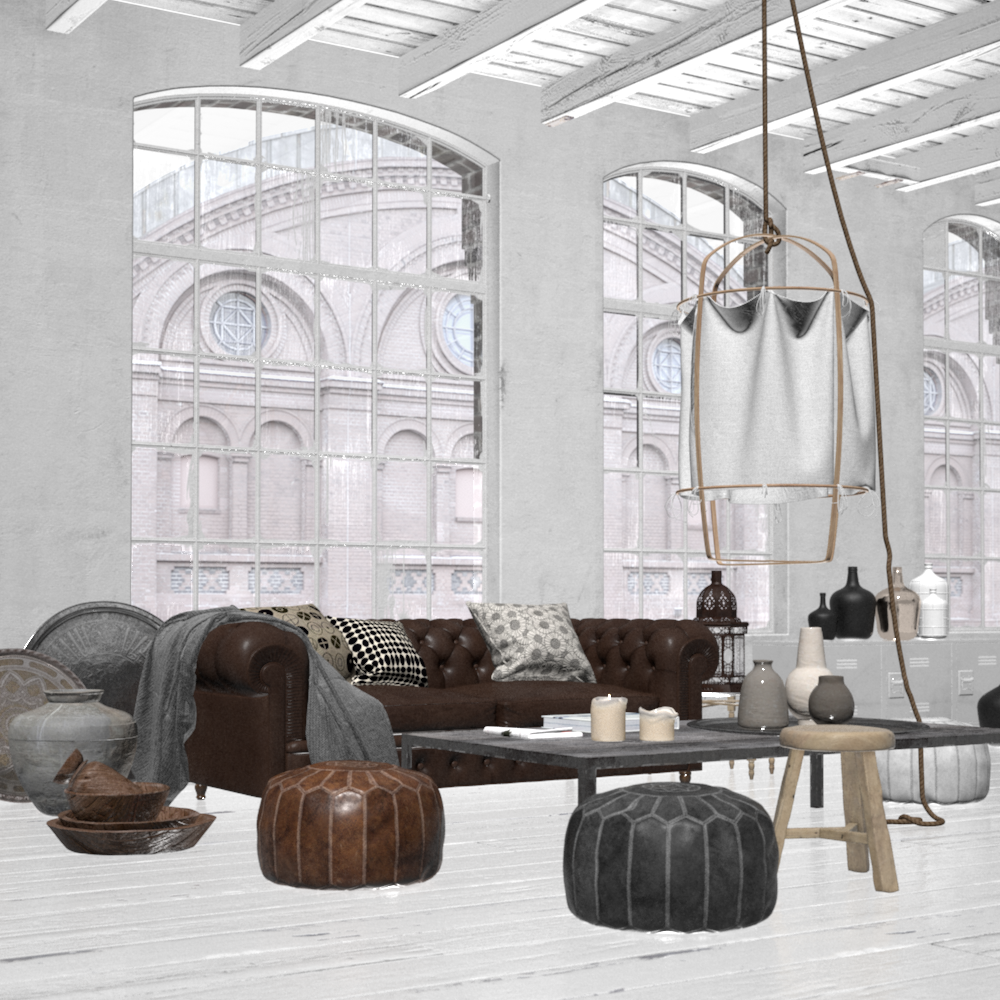 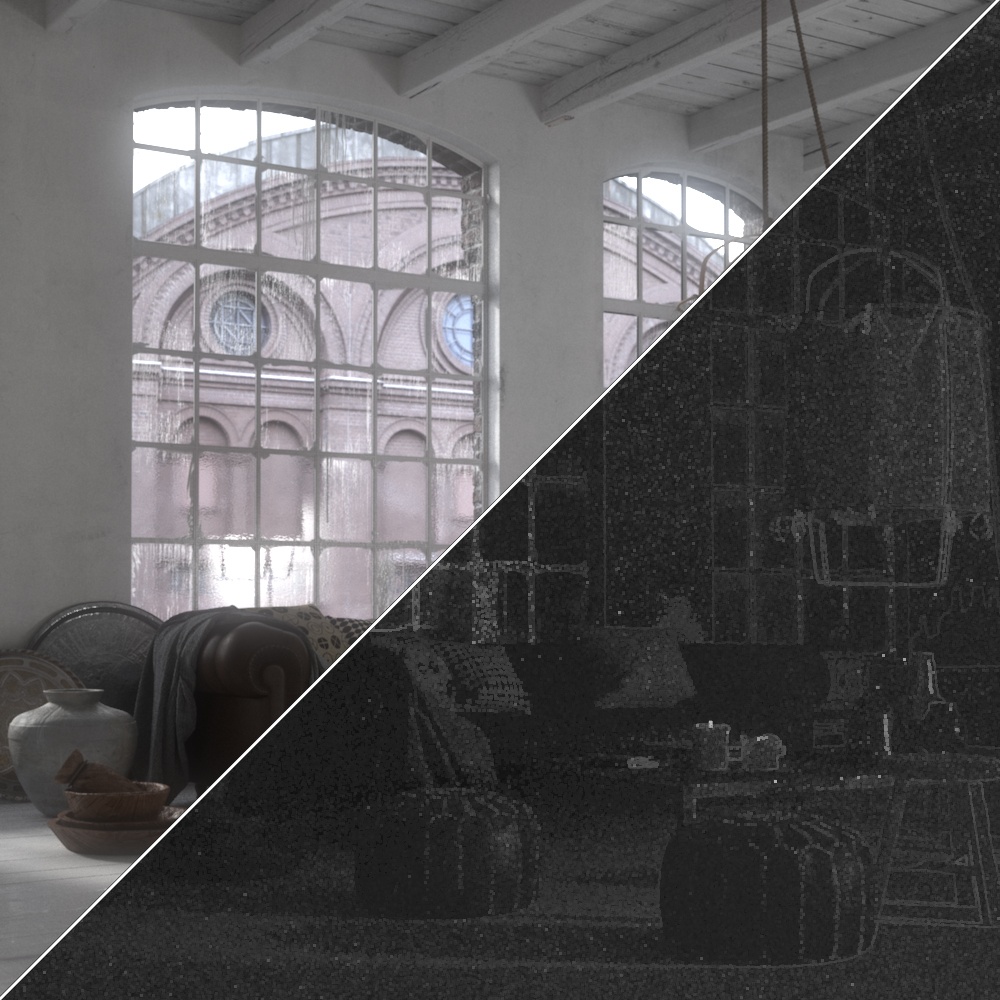