This page discusses the details of the V-Ray Sky map, which is used within the V-Ray Sun and Sky System.

The VRaySky texture map is typically used as an environment map to help simulate outdoor lighting. The texture can change its appearance based on the position of the VRaySun, which is normally used in conjunction with the V-Ray Sun and Sky System. The first example on the right is a swatch of the sky map with a visible horizon line and ground. The second render on the right is a chrome shader ball rendered with a sky map as an environment along with sun lighting to demonstrate how the sky is reflected in objects. 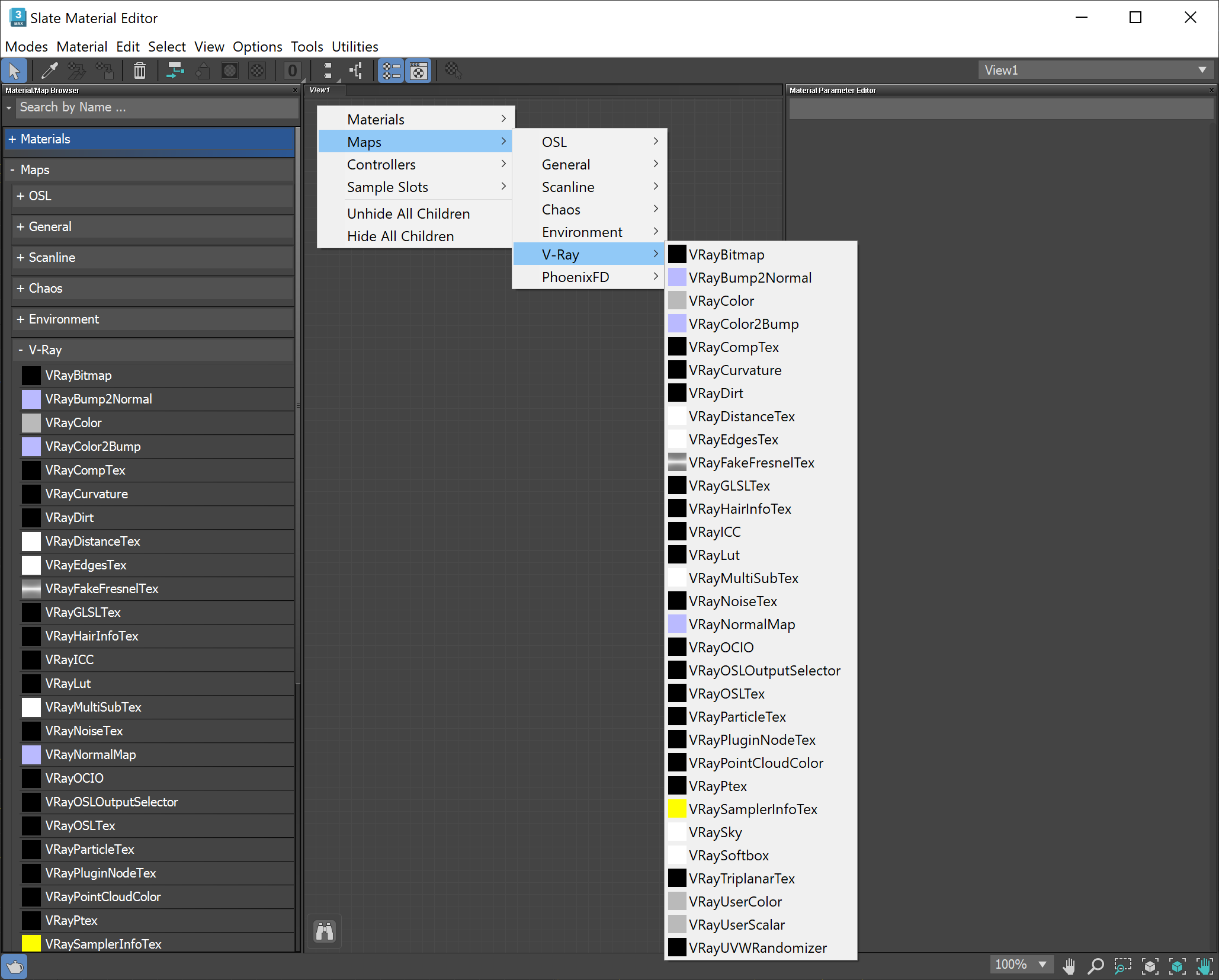 The VRaySky texture map is typically used as an environment map, either in the 3ds Max Environment dialogue, or in one of the slots of the V-Ray Environment rollout and behaves very much like an HDRI environment map. The VRaySky changes its appearance based on the position of the VRaySun.

Specify sun node – Specifies how the VRaySky determines its parameters:

Off – The VRaySky automatically takes its parameters from the active VRaySun that was created last. (In other words, if there are multiple suns in the scene, the most recently created VRaySun that is also enabled is used.) In this case, none of the other parameters of VRaySky are accessible.
On – A different light source can be chosen. It is recommended to use only direct lights, as the vector for the direction is taken into consideration when computing the appearance of the sky. In that case the VRaySun is no longer controlling the VRaySky and the parameters in the texture map rollout determine the final look of the sky.

Sun light – Specifies which light source is chosen if Specify sun node is On.

Indirect horiz. illum. – Specifies the intensity (in lx) of the illumination on horizontal surfaces coming from the sky.

Ground Albedo – Sets the ground color of the V-Ray Sun and Sky system.

Blend angle – Controls the size of the gradient formed by VRaySky between the horizon and the actual sky.

Horizon offset – Offsets the horizon from the default position (the absolute horizon). 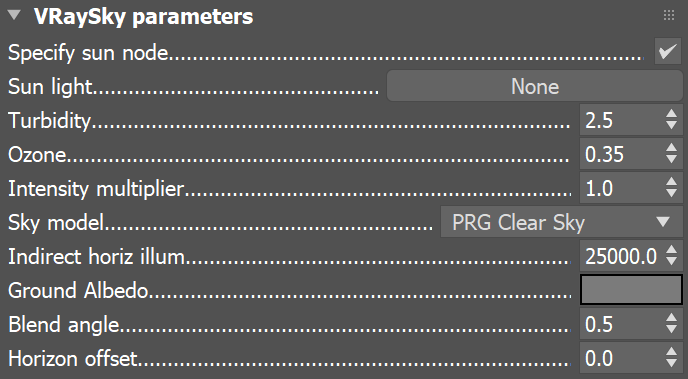 The examples below show the different sky model types. Here, default values for VRaySky have been used.