This page has information about simulators, the building blocks of a Chaos Phoenix simulation.

A Simulator is a Phoenix object that controls the simulation, and enables you to create fluids like liquids and gasses that interact with the surrounding environment.

You can think of a Phoenix Simulator as a 3D box, inside which simulations of fluids and Rigid Body Dynamics are performed. The box is divided into small cells, called voxels, which is why the box is referred to as a Simulation Grid. The voxels inside the grid can be filled with just about any type of gas or liquid.

For each frame in your simulation, Phoenix looks at each voxel and calculates whether there is any fluid there, based on the settings you give the Phoenix sim. The simulator will also account for obstacles, such as geometry, as well as participating forces in the scene, and so forth.

To actually create a simulation, three different components must be combined:

This is the minimum requirement for just about any simulation setup.
The only exceptions are that for Liquid Simulators, you do not need a Source or Emitter, if you simply fill the simulator with liquid using the Initial Fill Up parameter. Likewise, a Liquid Simulator can also fill up a specified geometry with liquid, without any need for a Source or Emitter, using the Initial Liquid Fill parameter in the object's Chaos Phoenix Properties.

Note that the workflow for Phoenix fluids and Active Bodies is split into two main parts – simulating and rendering.

When rendering other particle types besides Phoenix Liquid Particles, Phoenix also has a separate Particle Shader geometry type, which is used to shade particles.

Both Fire/Smoke and Liquid Simulators are created from the Create panel → Geometry → Phoenix FD dropdown. 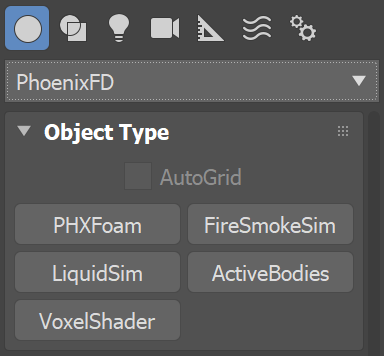 To create a simulator, click the FireSmokeSim or LiquidSim button, then draw on screen as if you are creating a 3ds Max Box. The length, width, and height of the grid are set by the size of the simulator. The grid size can be changed afterward, in the simulator object's Modify panel. 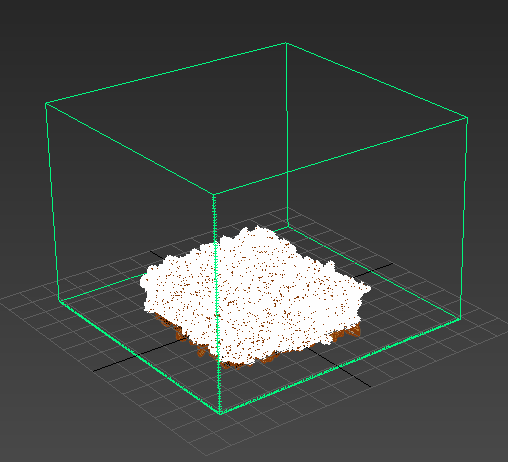 Simulator placed to include both the object and fire effect 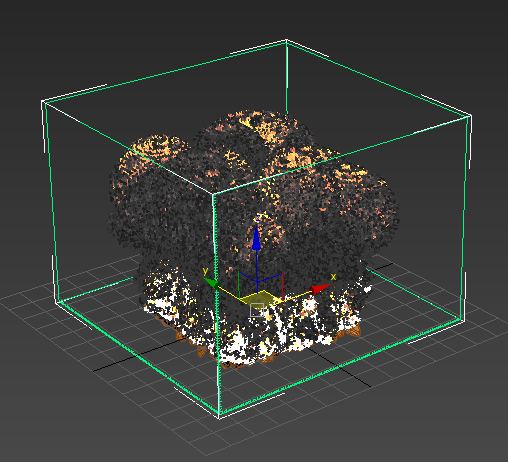 Note that there are other steps you must take beyond creating the simulator in order for the simulation to occur. These steps are described in the Quick Start Guides.