This page provides information on the Interaction rollout for a Fire/Smoke Simulator.

It is strongly recommended that each geometry interacting with the fluid simulation:

Phoenix will try to handle any geometry that does not comply with these conditions, but the simulation might not behave properly - in case of fire/smoke simulations some areas of the simulation could lose velocity and freeze for no apparent reason, and in liquid simulations particle explosions could appear.

This dialog is used to enable/disable the interaction with objects in the scene. There are several different types of objects that may affect the simulation: Sources, Solid objects, Forces, etc.

Since all forces affect the simulation by default, adding a force in your scene to be used by e.g. PFlow will automatically affect your simulation and this might not be desired. In the Active Forces list you can check which 3ds Max forces interact with the simulator and you may exclude them if you wish so.

Object voxels | objvox  – The Fire/Smoke simulator is a grid-based simulator, and geometry is converted into voxel form in order to interact with the fluids. The voxels overlapped by Solid geometry obstacles are frozen and processed in a different way. When a given voxel is half-way inside the geometry, this option helps you choose whether this voxel is going to be frozen or not. Even if this does not produce significant changes in the simulation, in rendering you might see a gap between the fire/smoke and obstacles in Circumscribed mode. On the other hand, very thin obstacles might be missed by the simulation if you use Inscribed mode, so it would be better to use Circumscribed for such geometries. You can also override the voxel mode per object from its right-click Phoenix FD properties. For more information, see the Object Voxels example below.

The Object voxels setting is a simulation option. If its value changes, the simulation must be calculated again for the changes to take effect. 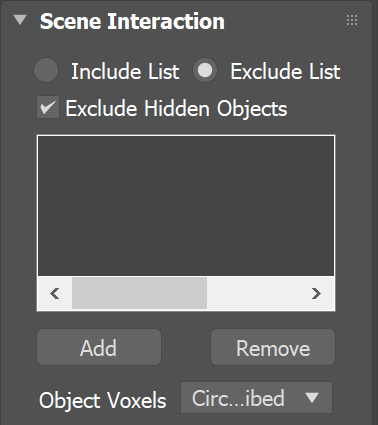 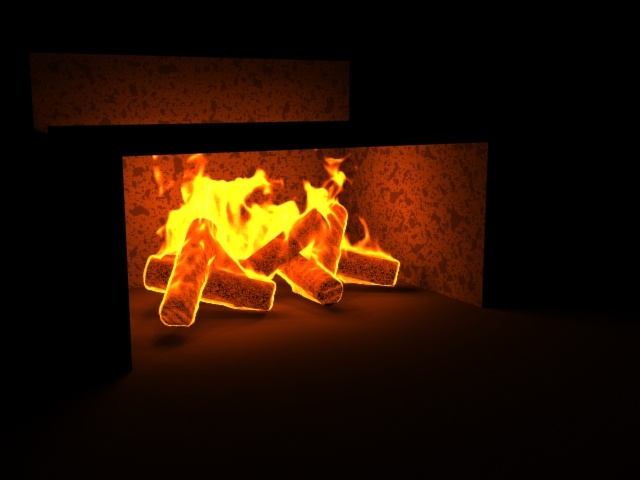