This page provides information on the Smoke opacity rollout in the Rendering Volumetric Options dialog.

This dialog controls the Transparency component of the Volumetric Shader.

Diffuse needs external light in order to become visible, and also casts shadows. Emissive on the other hand is visible even without being lit by lights, ignores their illumination and does not cast shadows on itself. In addition, Phoenix has different tools that help you gain more control over how fire illuminates the smoke and the scene - see the Create Fire Lights section.

Both smoke and fire have their own color and alpha (alpha is a synonym for opacity, and transparency is the opposite of opacity).

Also, each of them can be mapped to a texture, or to a grid channel multiplied by a texture. Textures have infinite resolution and can increase the detail above the resolution of the grid; By default textures are static in space, but using TexUVW they can move together with the fluid.

When there are both diffuse and emissive (smoke and fire) in the same voxel, there are 3 ways to determine the resulting color and alpha in that voxel - see the Fire Opacity Mode option. 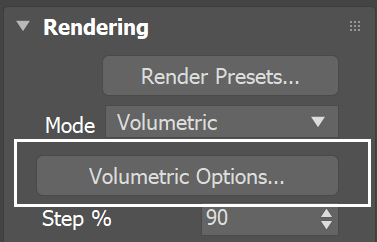 Based on | targ – Allows you to select how the smoke opacity is computed. By default, this is set to the Simple Smoke option. It could also be based on a texture map, or read from the cache files - in that case, the corresponding grid channel must be enabled from the Output rollout before the simulation is run.

Texture | ttxt – If the Based on parameter is set to Texture, or if Modulate is enabled, this slot specifies the texture to be used. For more information on texture mapping in Phoenix, please check the Texture mapping, moving textures with fire/smoke/liquid, and TexUVW page.

Modulate | mod_t – When enabled and Based on is not set to Texture, the Based on channel is multiplied by the texture in the Texture slot.

Reset to Defaults  – Resets the settings to their default values.

Absorption  – Controls the color of the volumetric shadows and the tint for the objects seen through the volume. Brighter colors make the volume more transparent, while darker colors make it more opaque (denser).

Simple Smoke Opacity | smoketransp – When the Based on parameter is set to Simple smoke, this value is used as opacity multiplier.

Scale Opacity by Scene Units | alphaunitscale – When enabled, the opacity per unit length will remain constant when changing the Grid resolution. Therefore, the larger the unit scale is, the denser the smoke will appear in renders and vice versa. This option is Off for imported Field3D and OpenVDB cache files. Note that this option also affects Fire in Use Own Opacity mode. It does not take effect if there is no loaded cache file.

When Scale Opacity by Scene Units is disabled, Phoenix caches simulated at higher grid resolution will appear more opaque than the same simulation at a lower resolution.

Minimum Visible Opacity | skiptransp – If the opacity of a voxel is below this specified value, the voxel will not be shaded at all. Increase this value to speed up rendering. Decrease it if parts of the smoke are too transparent and start disappearing in the render.

Optimize Big Volumetric Grids | optvolpass – Helps render scenes with caches above 15 Million cells faster. This option requires additional grid memory during rendering, so you could disable it if you don't have enough RAM. If using Progressive rendering or there are a lot of Phoenix Simulators in the scene, and you want your render to start without a pre-pass, you might want to disable this option.

This option is ignored when rendering with V-Ray GPU.

Opacity Curve | transp_t, transp_s, transp_v, transp_f – When the Based on option is set to a grid channel, this curve remaps grid simulation data to smoke opacity. The sim data channel is laid out horizontally along the X axis in the opacity curve. The opacity is mapped vertically on the Y axis.

The channel data range is highlighted in the curve with a light-blue range. You can find out more about Phoenix Grid Channel Ranges here.

You can use the following controls in the Opacity Curve:

Double click – Creates a new point or changes an existing one.
Left button drag over a point – Moves the point. If several points were selected beforehand, they will move the same amount.
Left button drag over several points – Selects several points.
Middle button drag over the background – Drags the visible area. If the Shift key is pressed, scales the curve in the corresponding direction.
Mouse wheel – Zooms in/out.
Mouse wheel near the borders of the control – Zooms in/out only along X or only along Y.
Right click – Displays a drop-down menu where you can add a point, edit or delete a selected point, and fit the entire curve into the view. If multiple points are selected, they can be edited simultaneously. Multiple selected points can also be scaled and flipped with the Scale Selection option as seen below.
Backspace – Deletes the selected points. 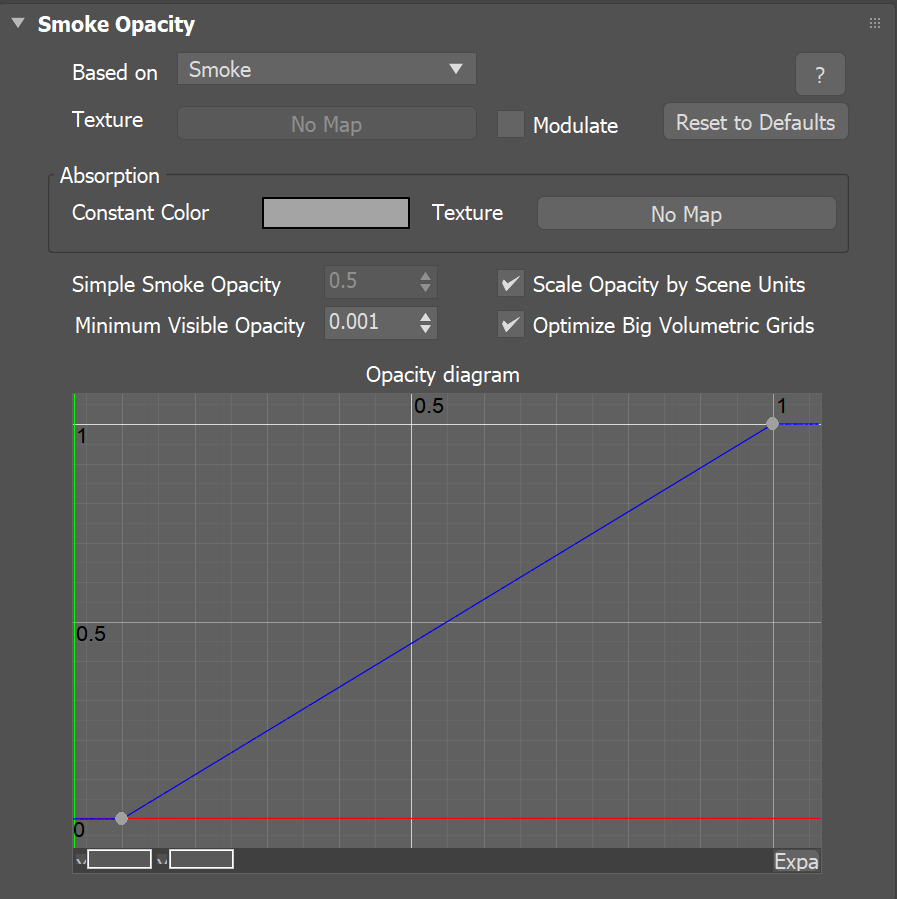