This page provides information on the V-Ray Curvature Map.

VRayCurvature is a texture that will effectively sample the underlying mesh for curves. A region around each shaded point gets sampled with additional rays (similar to VRayDirt) and all additional normals are averaged to get a smooth normal at the original point. This normal is used to compute the color, which depends on the Mode of the map. The parameters should be adjusted by trial and error since they generally depend on the scale used, hence the defaults might not be appropriate at all in some cases. 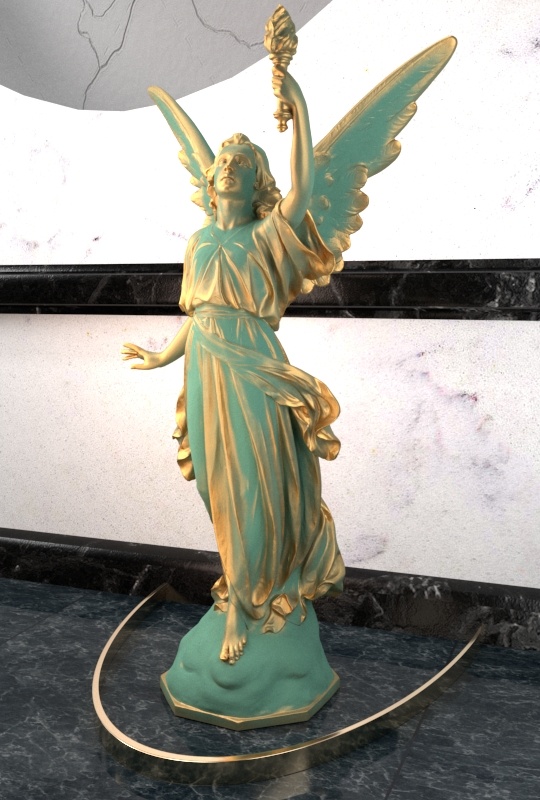 Subdivs – Controls the number of samples around each shaded point.

Sample Spread – Controls the radius of the sampled region.

Min Output Color – Specifies the minimum output color value for the most concave area (the dents in the mesh). Default value is 0 - completely black.

Max Output Color – Specifies the maximum output color value for the most convex area (the peaks in the mesh). Default value is 1 - white.

Output Color Pivot – Pivots the value to the gamma correction (output values equal to the pivot value are left unchanged).

Output Color Clamp – When enabled clamps the Min Output color and Max Output color values in [0,1] range (negative values are output as 0 and values above 1 are being output as 1)

Scale – Factor determining the scale that the curvature traces. Can be used to match curvature between big and small objects.

Threshold – Controls the amount of the sampled area. 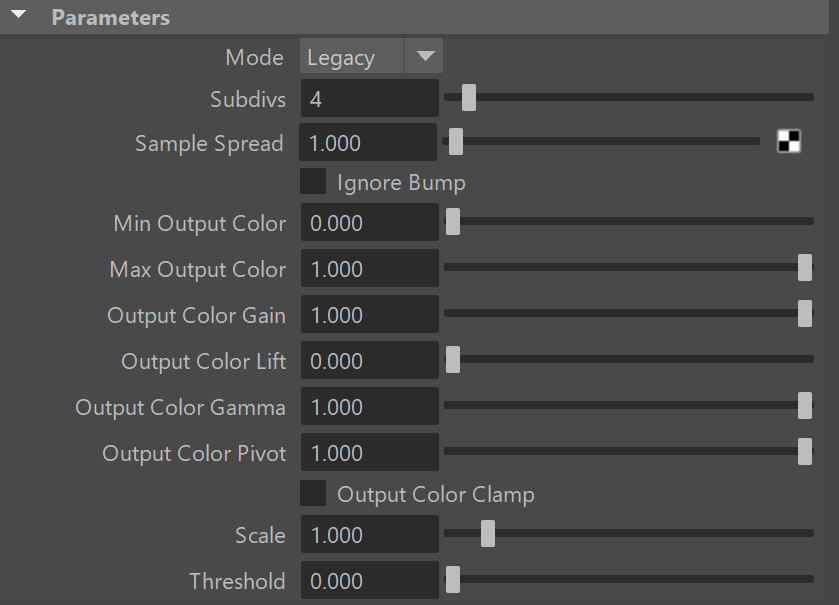 V-Ray Blend material (with mixed Copper and Patina materials) is applied to the geometry. V-Ray Curvature map is used as the blend amount for the Coat material. In the Convex and Concave examples, the Threshold is set to 0.300. All other parameters are left at their default values. In the Legacy example, as well as the Threshold adjustment, the Output Color Lift is set to 0.100 and the Sample Spread is assigned a value of 1.500. All other parameters are left at their default states. See the Both Mode note for information on how to set up that mode. 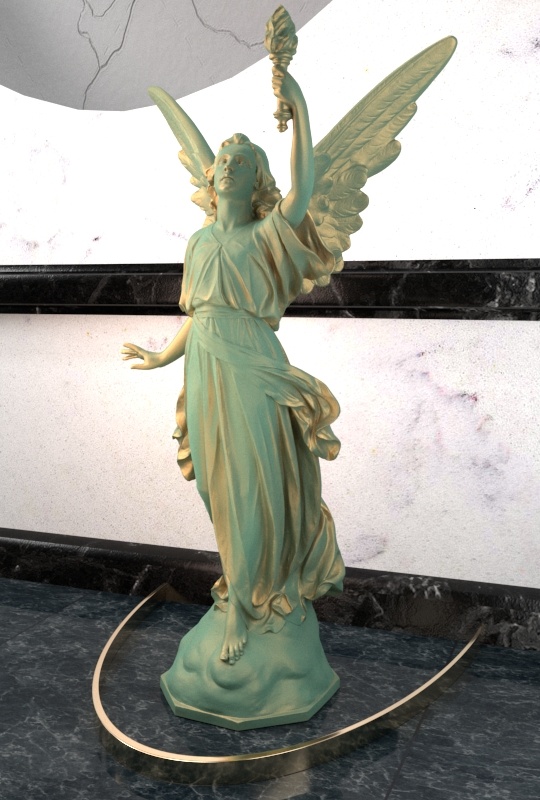 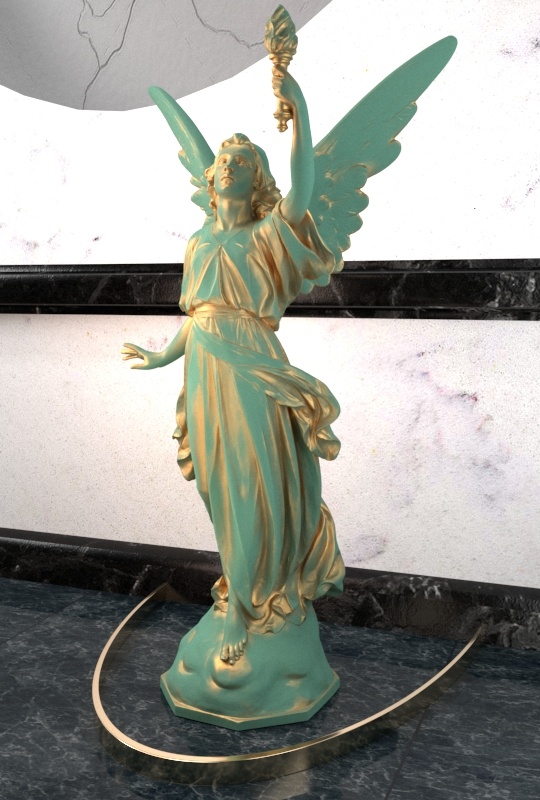 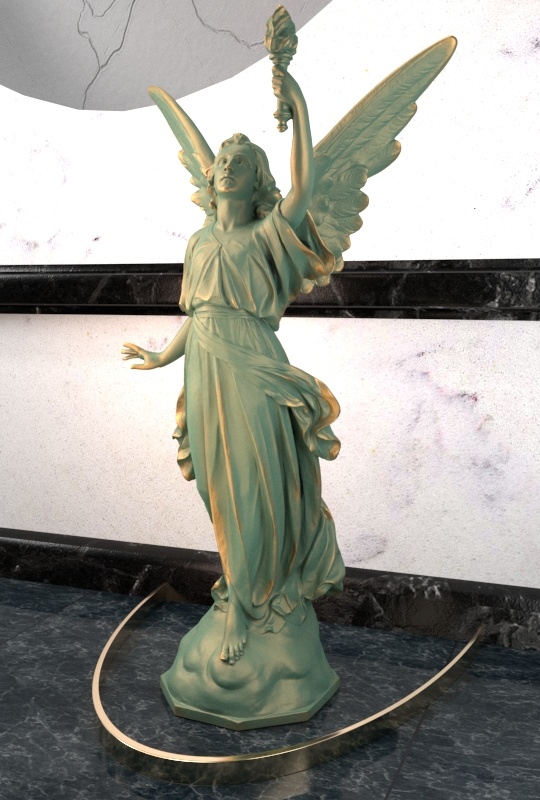 Both mode outputs a red and green color gradient instead of a black and white one. Using it as a blend amount for the VRayBlendMtl produces color blended materials. To avoid this, we use the red and green outputs from the VRayCurvature map separately to create two monochromatic masks. This allows the generated red-green gradient to be used as a grayscale blend amount, like in all other Curvature modes. In this setup an additional (third) Dark Patina material is used, which appears in the most concave parts of the model. We connect the red output to the Blend amount RGB inputs of the Copper coat and the green output to the Blend amount RGB inputs of the Dark Patina coat. Click on the expandable menu to view the exact Hypershade setup for this example. In addition, the Threshold is set to 0.300 and the Output Color Lift is set to 0.180 to achieve a more pleasant result.

Hypershade setup for Both mode 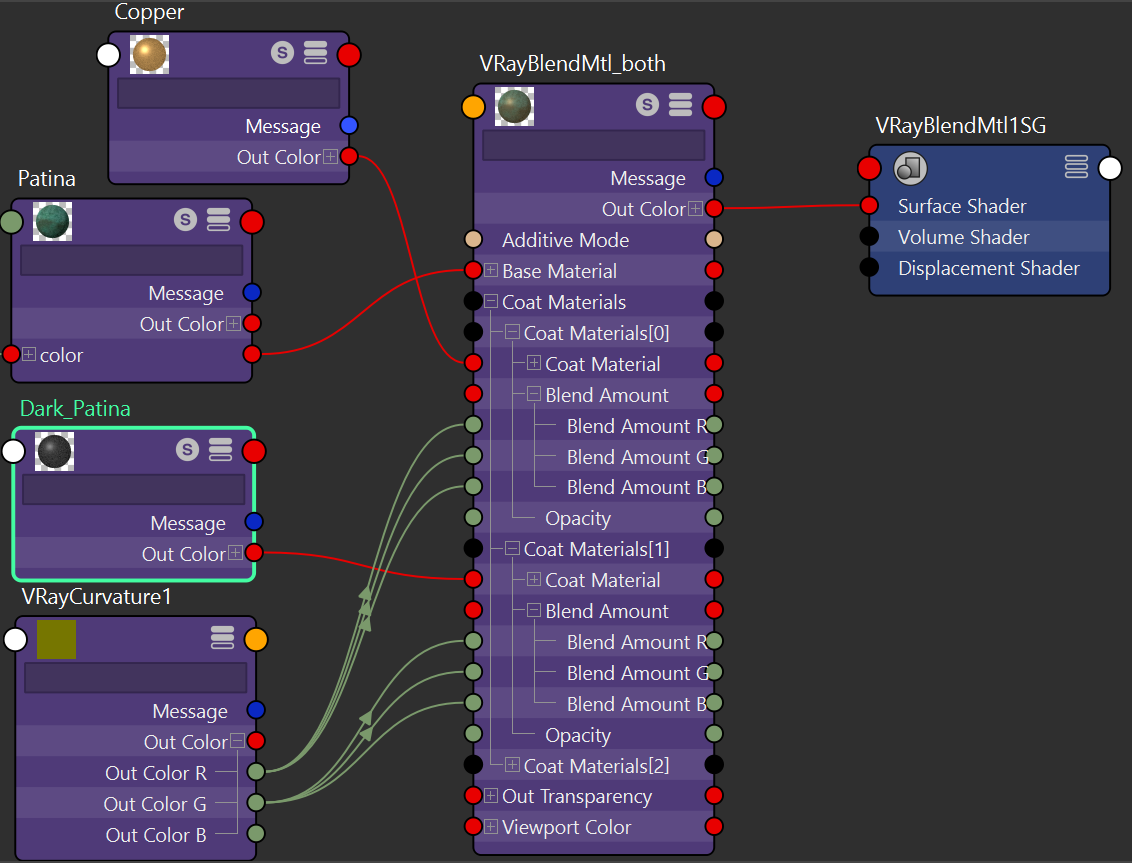 In this example, we've used a V-Ray Curvature map to darken the most protruded areas and simulate a burnished leather effect. To do so, a darker version of the original leather material is created using a color correction map and both nodes are linked to a V-Ray Layered Texture as separate layers. V-ray Curvature serves as the mask of the color-corrected layer. Here the V-Ray Curvature map uses  6 Subdivs, a Sample Spread of 0.4. The Max Output Color is set to 5 and the Threshold is set to 0.05. All other parameters are left at their default state. 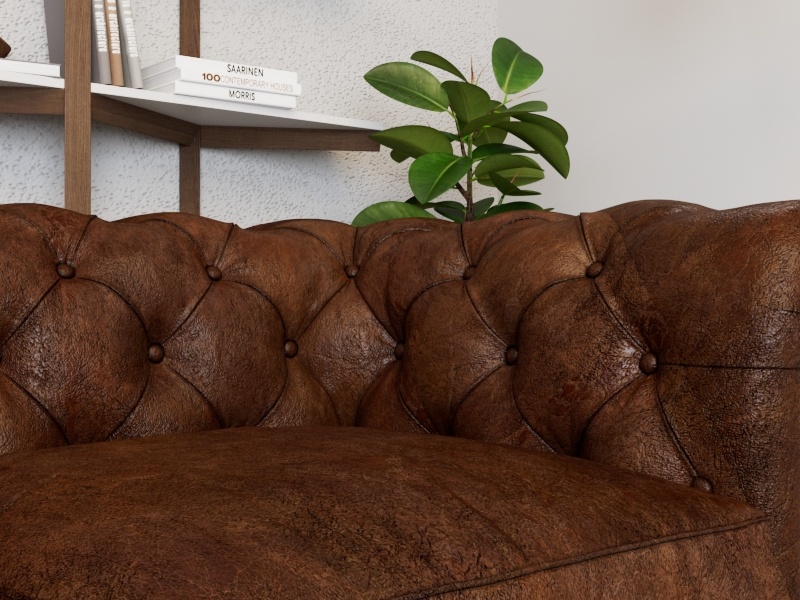 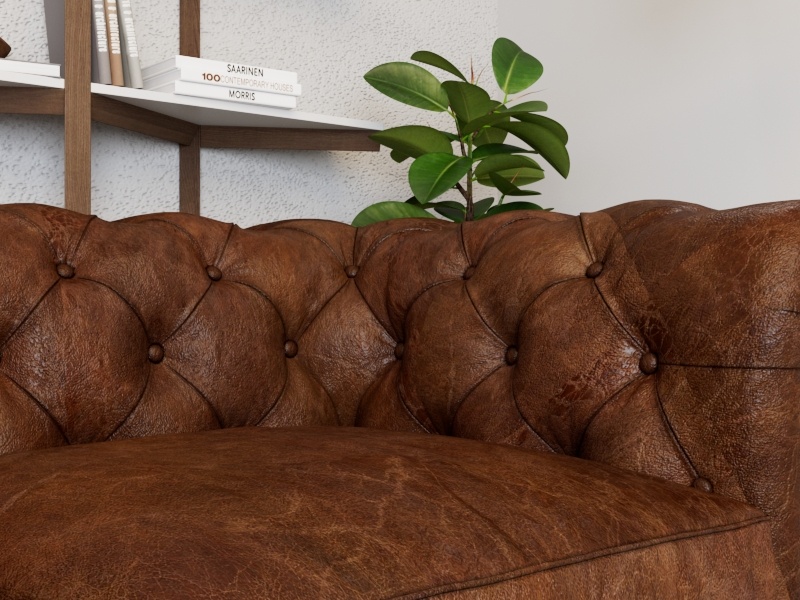 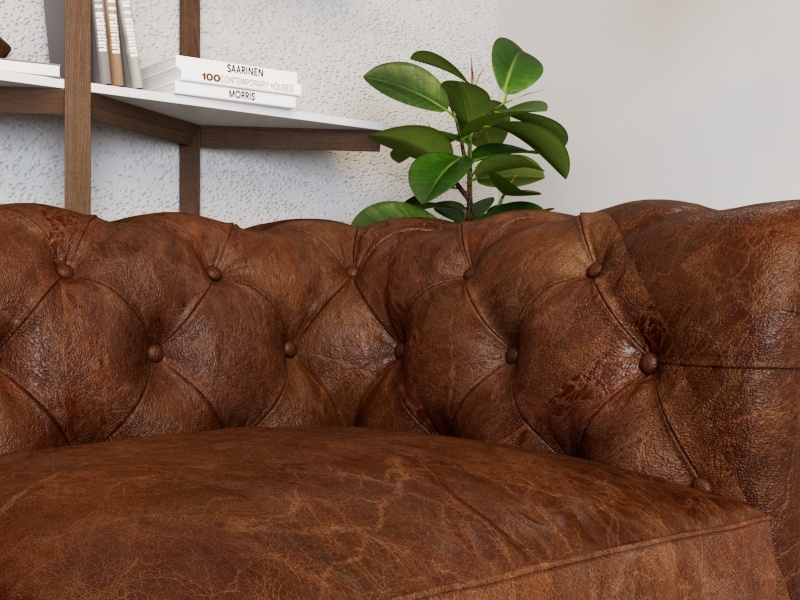