V-Ray Dome Light shines inward at the scene as if from a spherical or hemispherical light source outside the scene extents. This light is frequently used for Image-Based lighting using panoramic HDR images as environments.

Color/Texture HDR – Specifies the color of the light. A high dynamic range texture can be used. Make sure that the map checkbox is enabled for the texture to take effect.

A bitmap image (HDRI) connected to the Dome Light automatically uses a UVWGenEnvironment Spherical Mapping Type placement. The rotation of the image can be adjusted from the Bitmap UVW options using the Vertical and Horizontal rotation parameters. For more information, see the Bitmap page.

Intensity – Specifies the strength of the light.

Shape – Controls whether the Dome light covers the entire scene or only half above the horizon. See the Shape of Dome Light example below for illustration.

Finite Dome – Enables the finite dome projection mode.  If enabled, the dome light becomes a finite half dome with ground.

Radius – Specifies the radius of the projection.

Projection Height – Specifies the camera height for the projection.

Ground blend – Specifies the blending amount between the finite ground and upper hemisphere.

Use Transform – When enabled, the HDRI texture locks to the orientation of the V-Ray Dome widget and allows them to rotate together in the scene.

Adaptive – Enables the Adaptive Dome Light sampling method. Note that Light Cache has to be selected as a secondary GI engine in order for this optimization to work. This limitation does not apply to the V-Ray GPU engine. 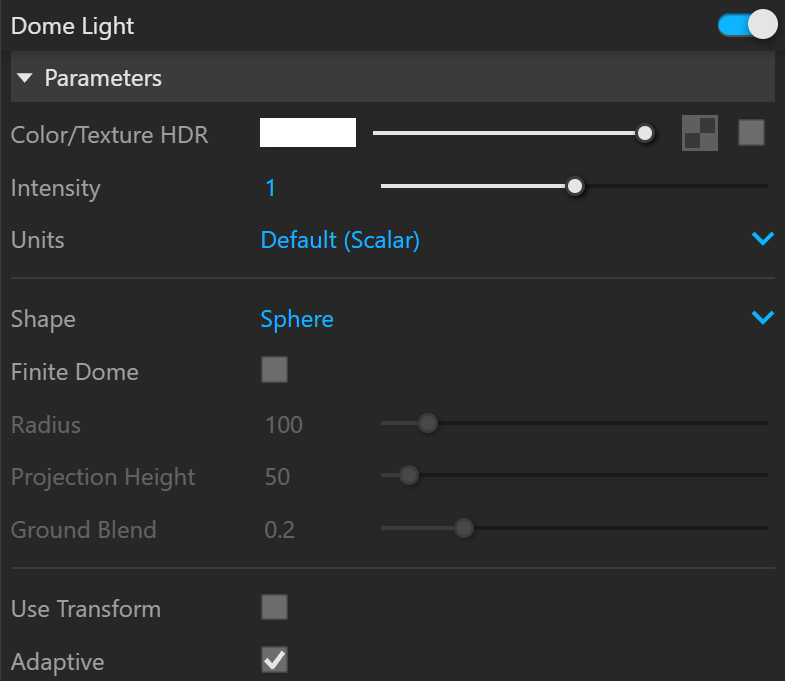 Shadows – When enabled (the default), the light casts shadows. When disabled, the light does not cast shadows.

Affect Diffuse – When enabled, the light affects the diffuse properties of the materials.

Affect Specular – When enabled, the light affects the specular of the materials.

Affect Reflections – When enabled, the light appears in the reflections of materials.

Texture Resolution 1 – Specifies the dimensions at which the texture is resampled for importance sampling.

Textures attached to the Color/Texture HDR slot are controlled only by the Texture Resolution parameter and ignore the GPU Texture mode.

Minimum texture size for Dome Light by default is 2048 and cannot be set lower.

Target Radius – Defines a sphere around the light icon where photons are being shot when photon-mapped caustics or global photon map are used.

Emit Distance  – Defines a sphere around the light icon from which photons are being shot towards the target radius area. 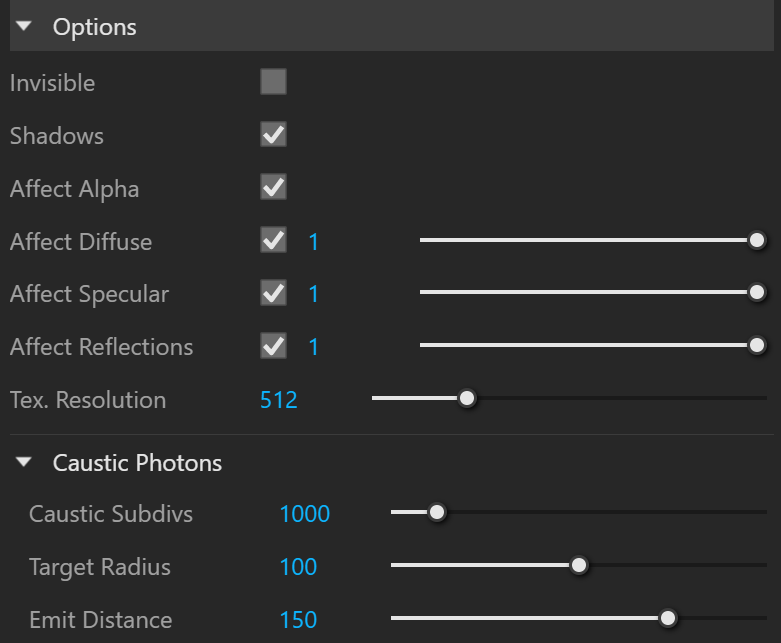 This example shows how the render changes according to the visibility of the Dome light and the map attached as a Color/Texture. 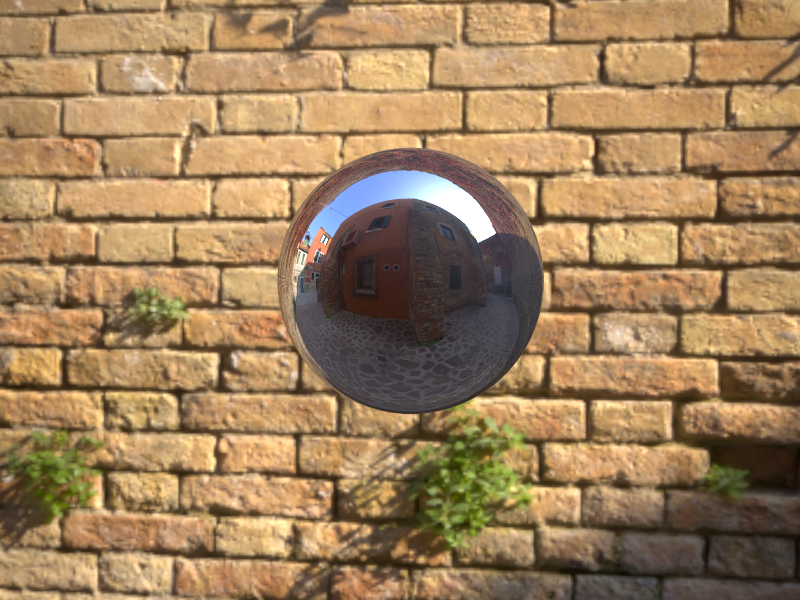 Dome Light is visible, Background is set to an HDRI map 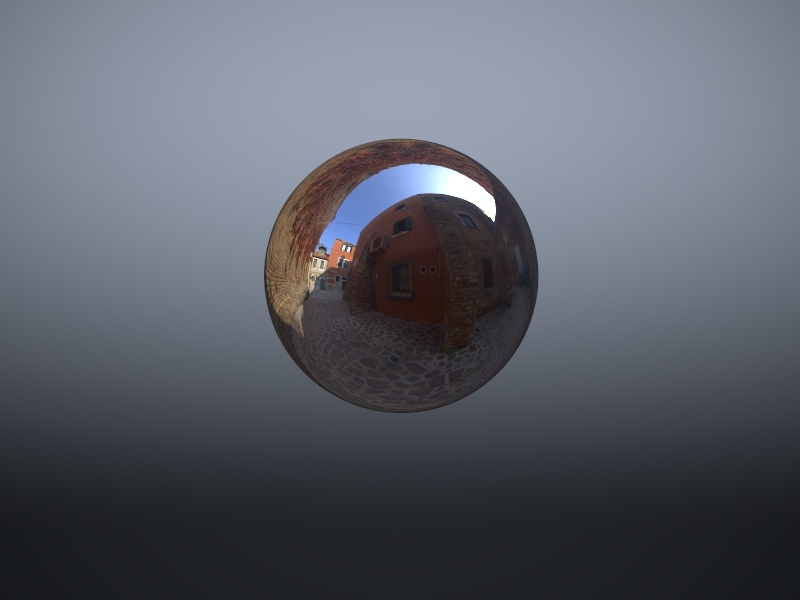 Dome Light is Invisible, a gradient map is set as a Background 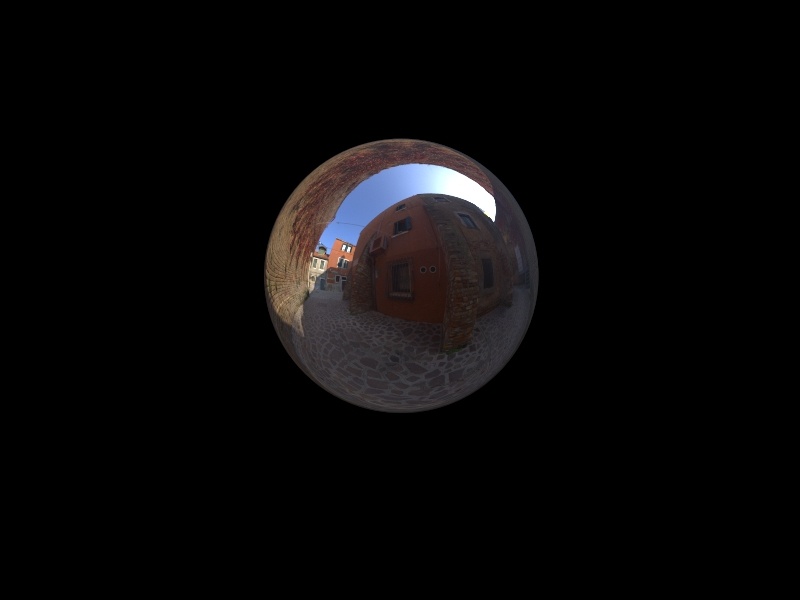 Dome Light is Invisible, Background is set to Black 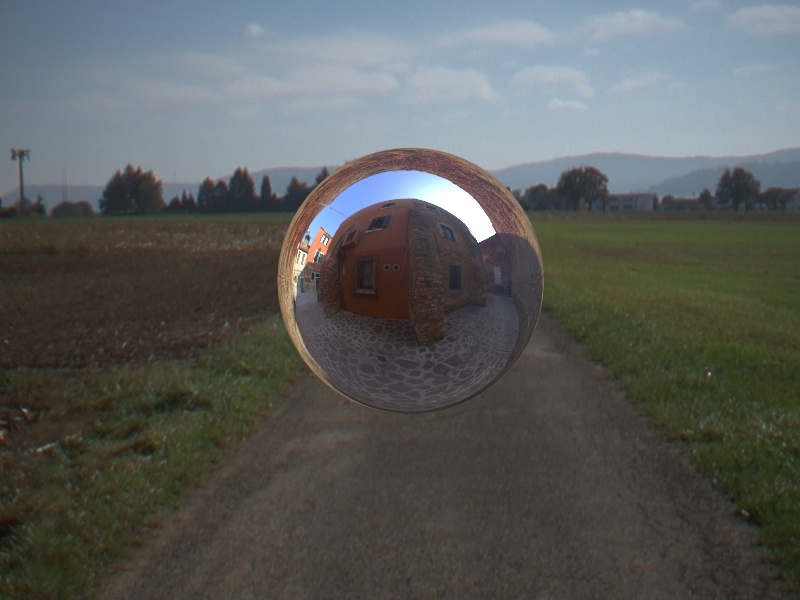 Dome Light is visible, Background is an HDRI map

The example below shows the difference between the two types of Dome Light - a sphere or a hemisphere. When a sphere is used, the projection of the HDRI goes below the horizon, while when a hemisphere is selected, the render is halved in two by the horizon. 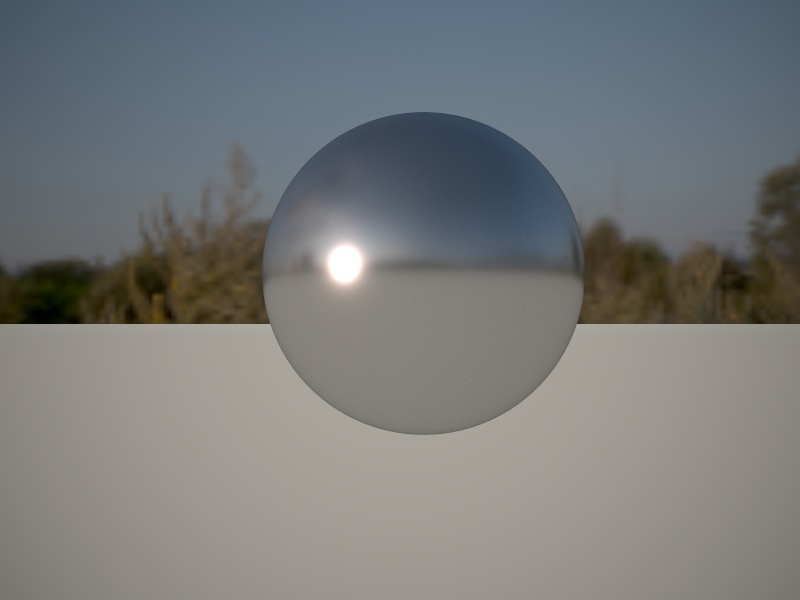 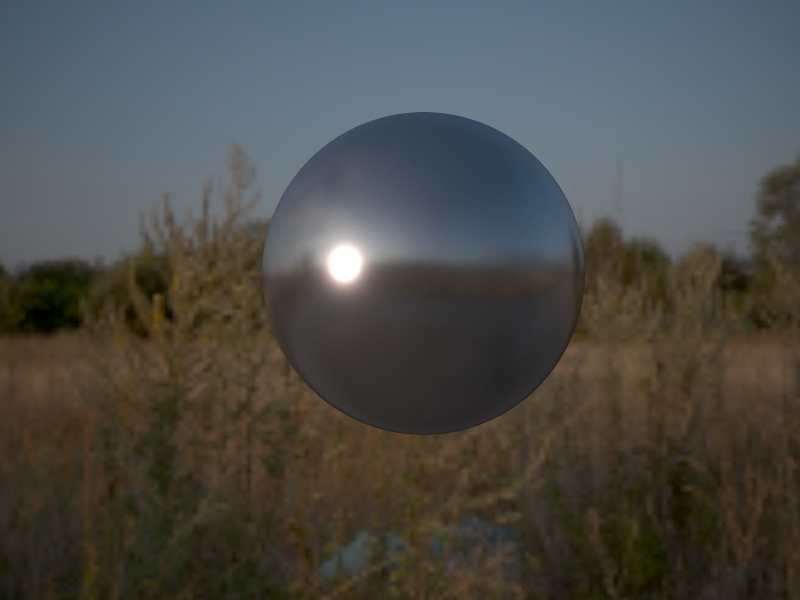