This page describes the use of V-Ray's physically accurate sun and sky system.

The VRaySun and VRaySky are special features which are provided by the V-Ray renderer. Developed to work together, the VRaySun and VRaySky reproduce the real-life Sun and Sky environment of the Earth. Both are coded so that they change their appearance depending on the direction of the VRaySun. Refer to the VRaySky page for more details about the texture.

The V-Ray Sun and Sky are based largely on the model presented in [ 1 ]. For a more complete list of references, please see the References and links section. 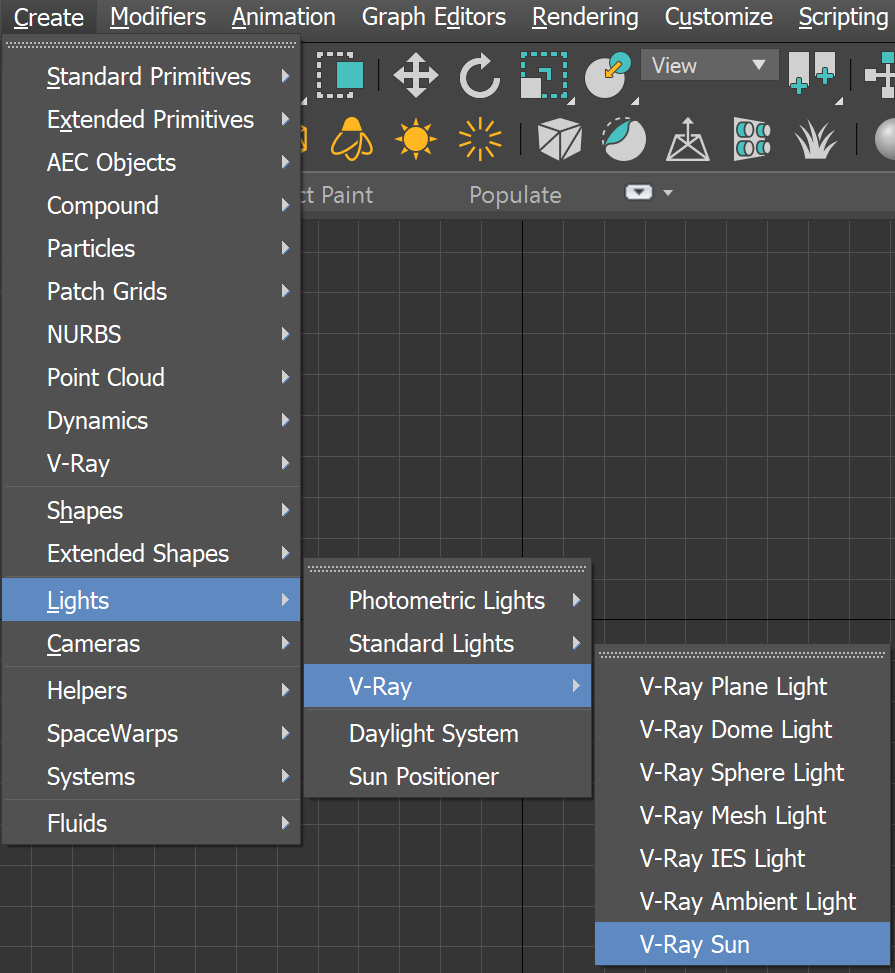 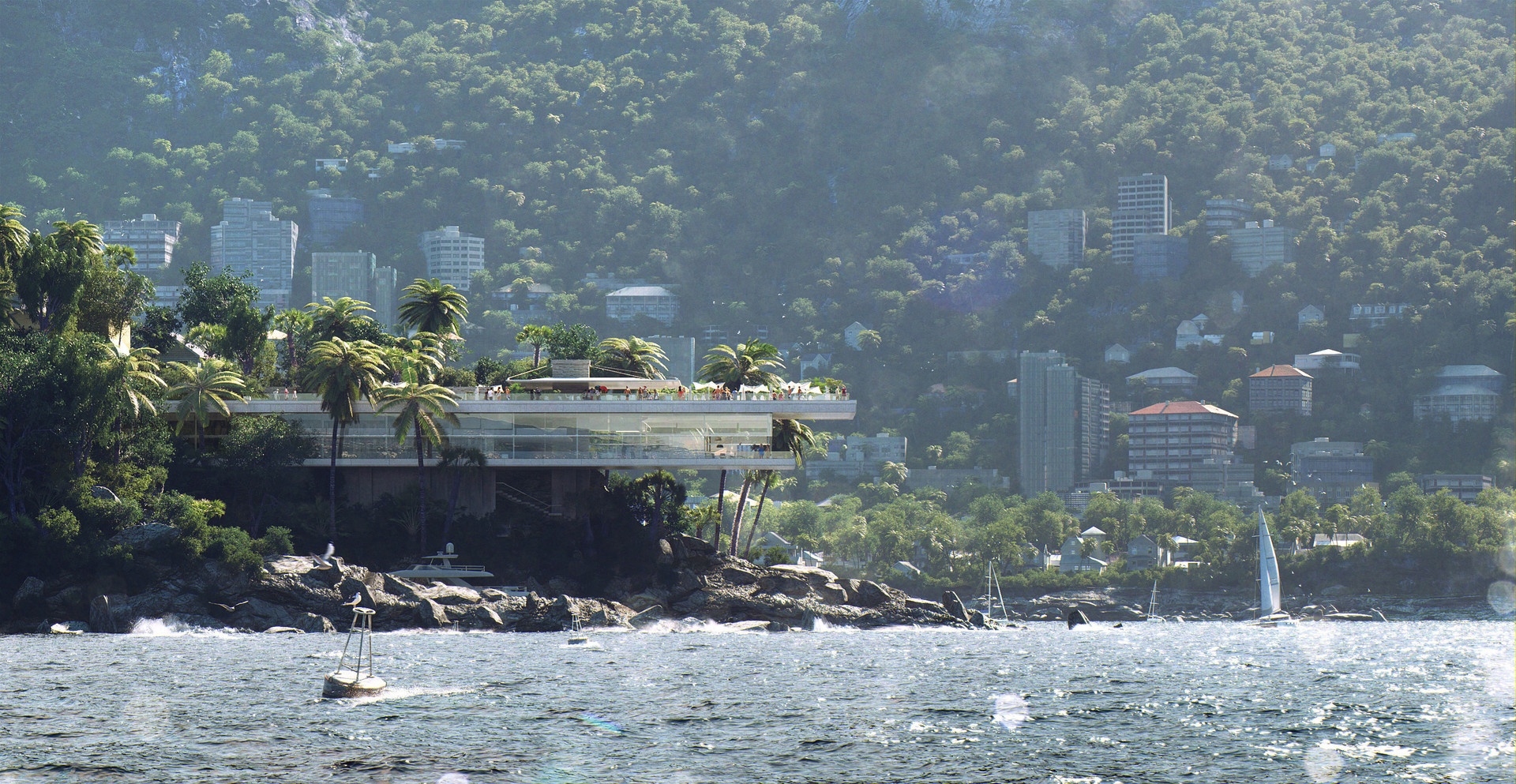 Example: Direction of the VRaySun Light


This example demonstrates the effect of the sun direction. The Sun is positioned such as its rays hit the ground at certain degrees. Note how in addition to the scene brightness, the sun position also changes the appearance of the sky and the sun light color. 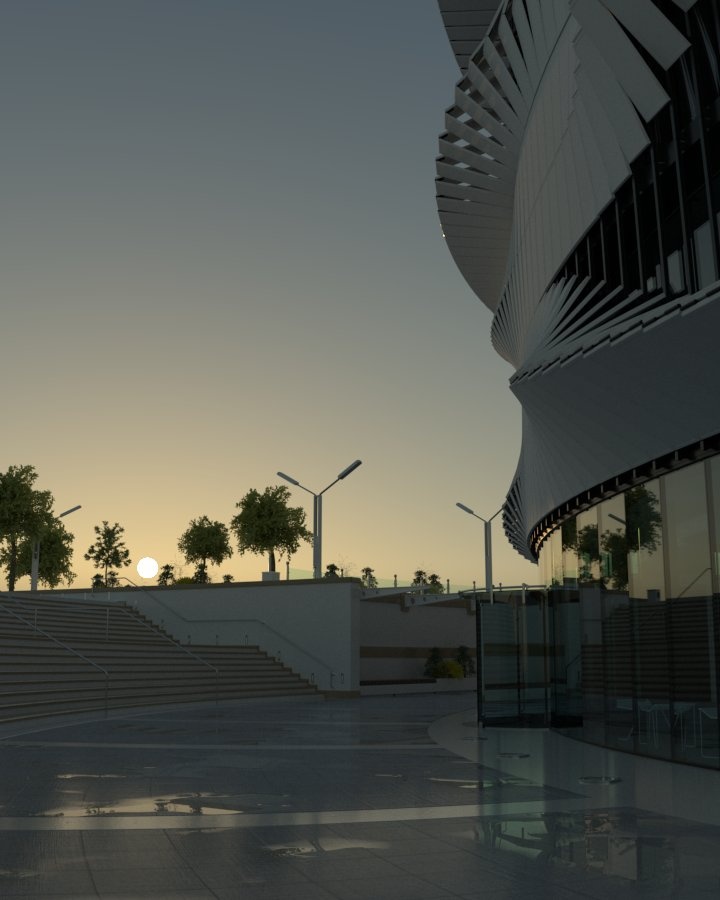 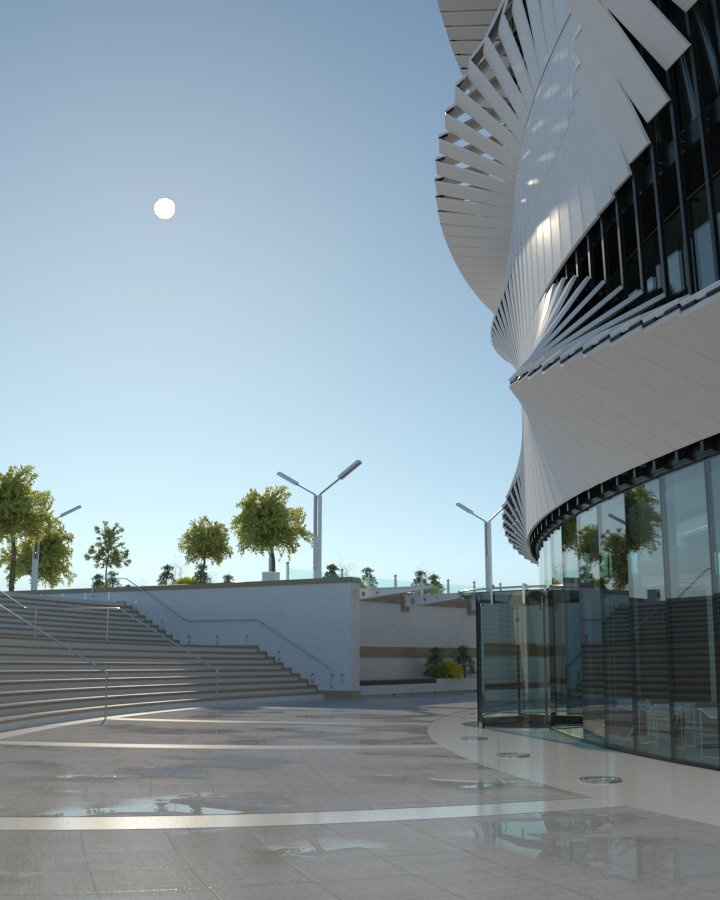 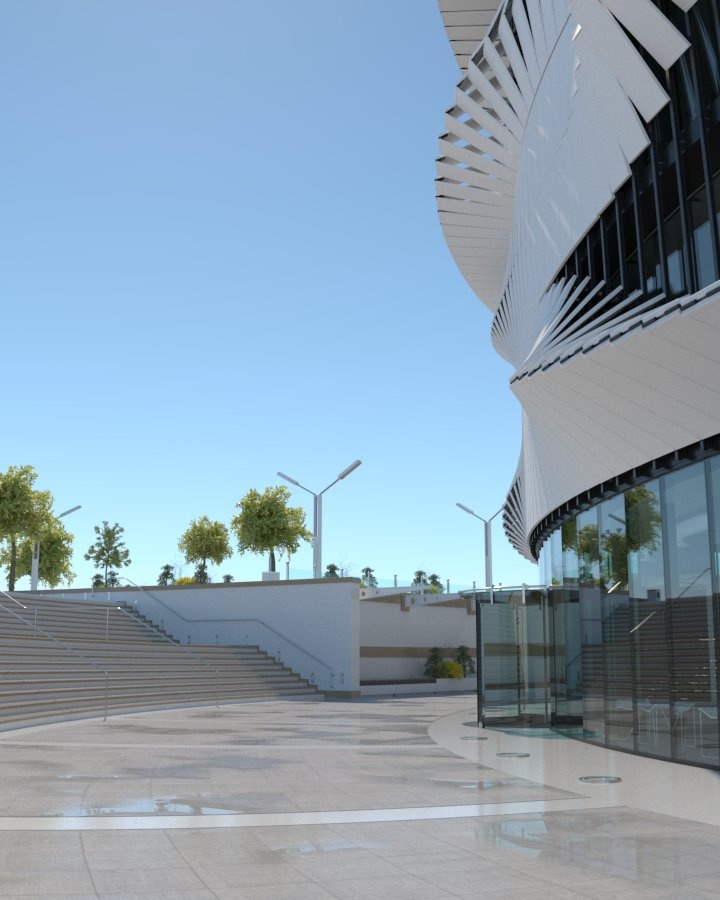 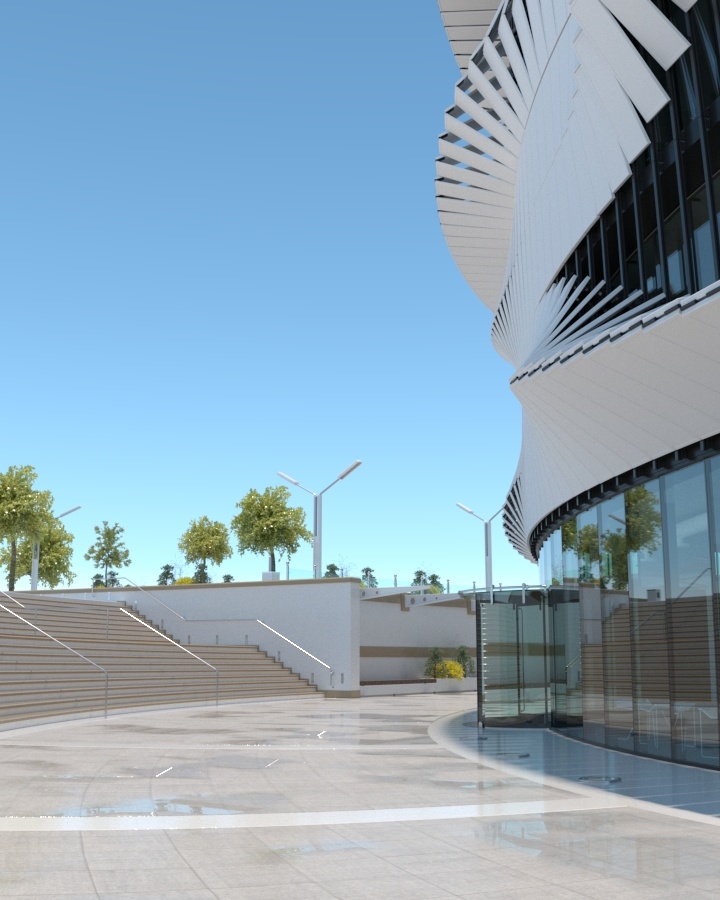 You can also specify the VRaySun as the sun type inside a 3ds Max Daylight system.

Enabled – Turns on and off the sun light.

Size multiplier – Controls the visible size of the sun. This affects the appearance of the sun disc as seen by the camera and reflections, as well as the blurriness of the sun shadows. For more information, see The Size Multiplier Parameter example below.

Filter color – Changes the color of the sun and depends on the Color mode parameter.

Color mode – Affects the way the color in the Filter color parameter affects the color of the sun. 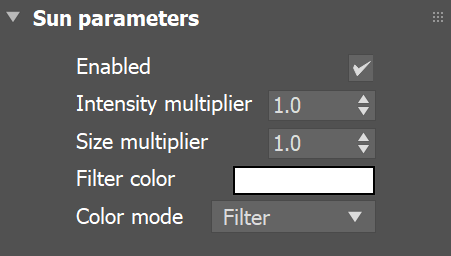 This example demonstrates the effect of the Size multiplier parameter. Notice how changes in this parameter affect both the visible sun size and the shadow softness (however overall illumination strength remains the same). 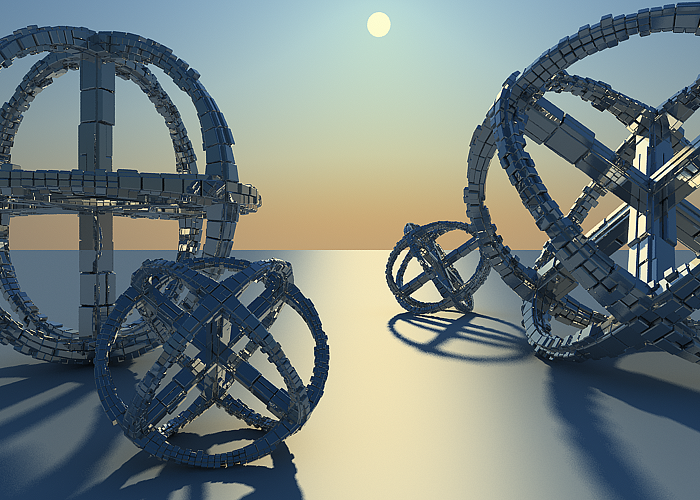 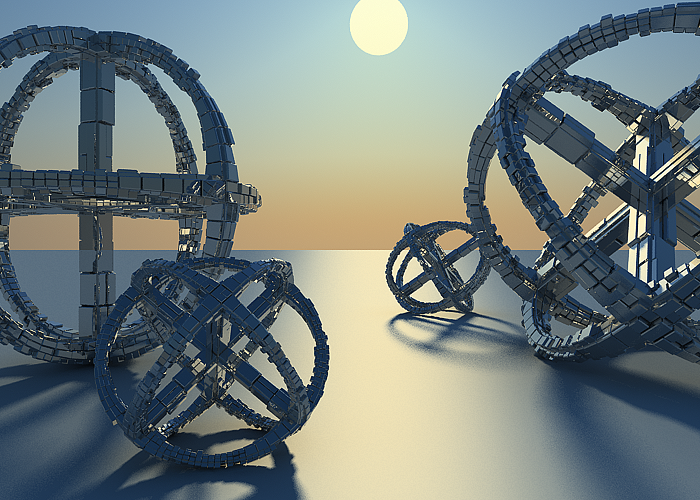 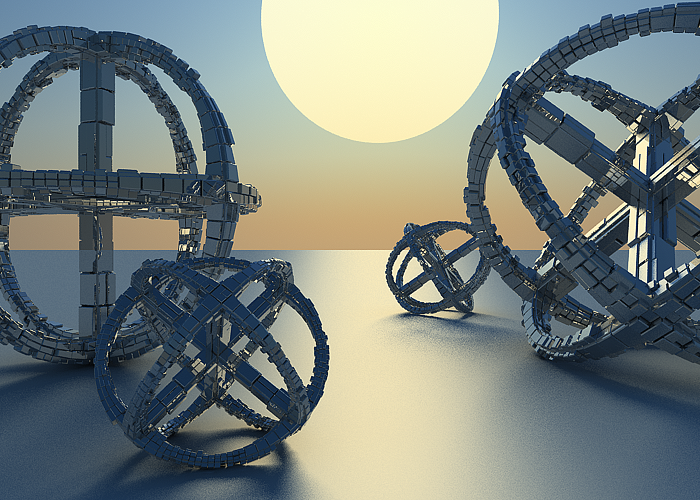 Sky model – Specifies the procedural model that is used to generate the VRaySky texture.

Ground albedo – Changes the color of the ground.

Indirect horiz. illum. – Specifies the intensity (in lx) of the illumination on horizontal surfaces coming from the sky.

Blend angle – Controls the size of the gradient formed by VRaySky between the horizon and the actual sky.

Horizon offset – Offsets the horizon from the default position (the absolute horizon).

Turbidity – Determines the amount of dust in the air and affects the color of the sun and sky. Smaller values produce a clear and blue sky and sun as you get in the country, while larger values make them yellow and orange as, for example, in a big city. For more information, see The Turbidity Parameter example below.

Ozone – Affects the color of the sun light. Available in the range between 0.0 and 1.0. Smaller values make the sunlight more yellow, larger values make it blue. For more information, see The Ozone Value example below. 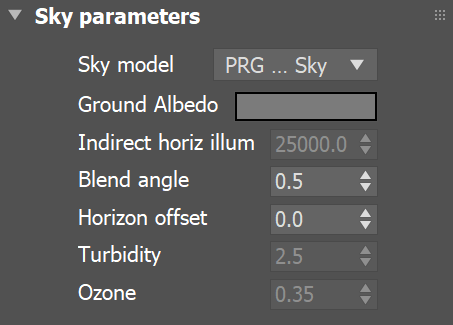 This example demonstrates the effect of the Turbidity parameter. Generally, this controls the amount of dust particles in the air. Notice how larger values cause the sun and the sky to become yellowish while smaller values make the sky clear. 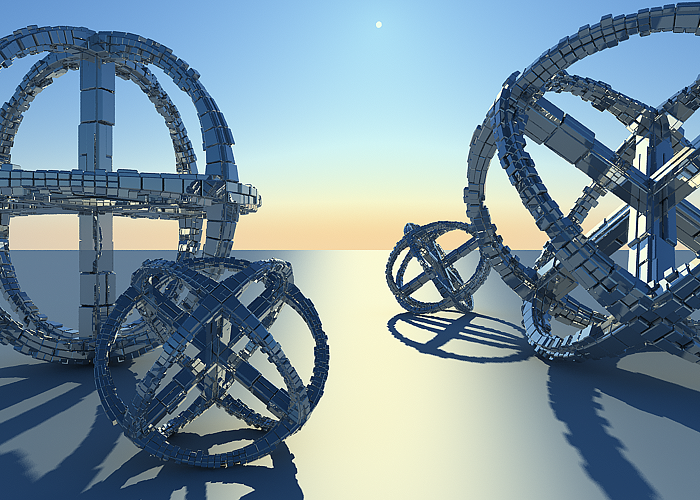 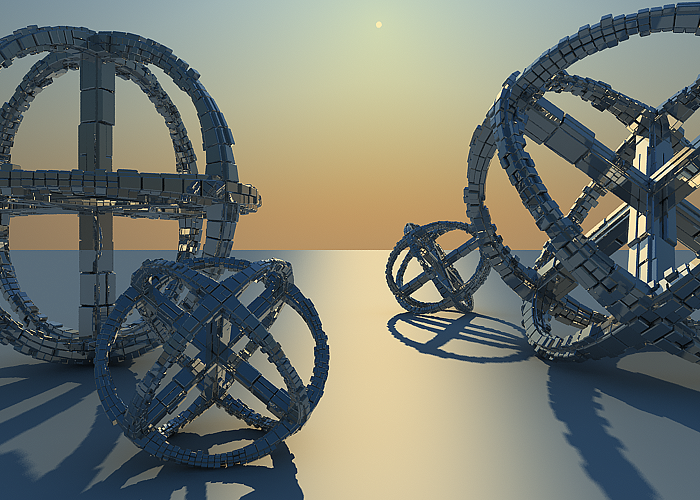 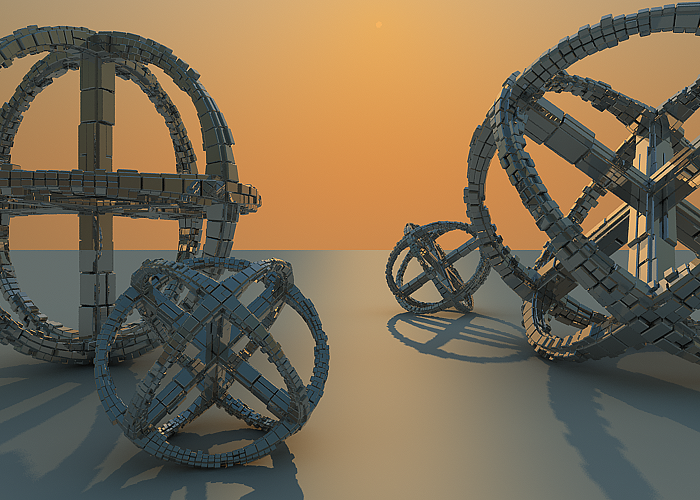 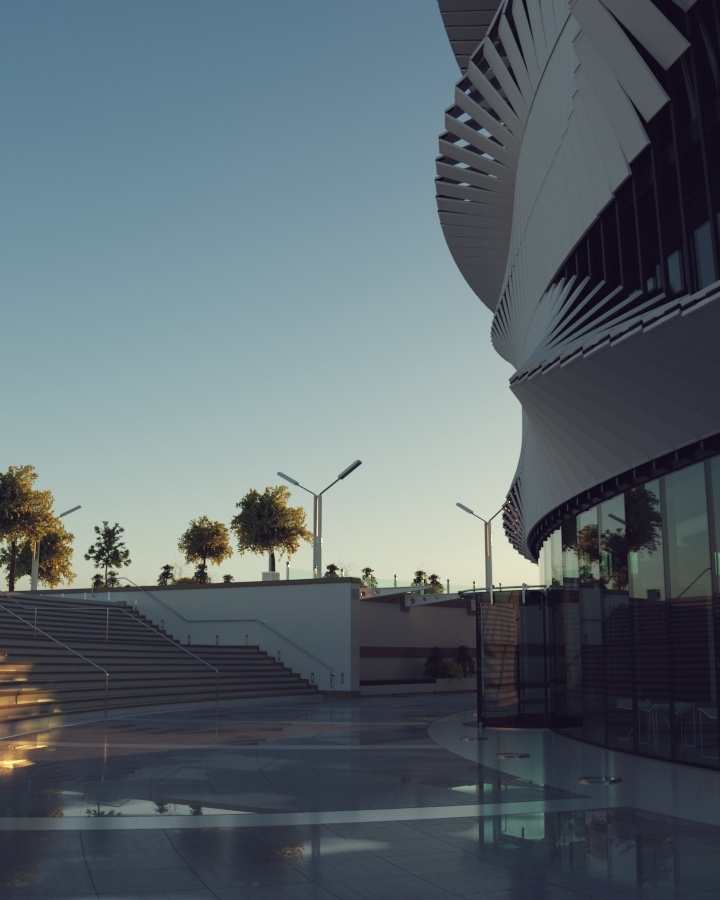 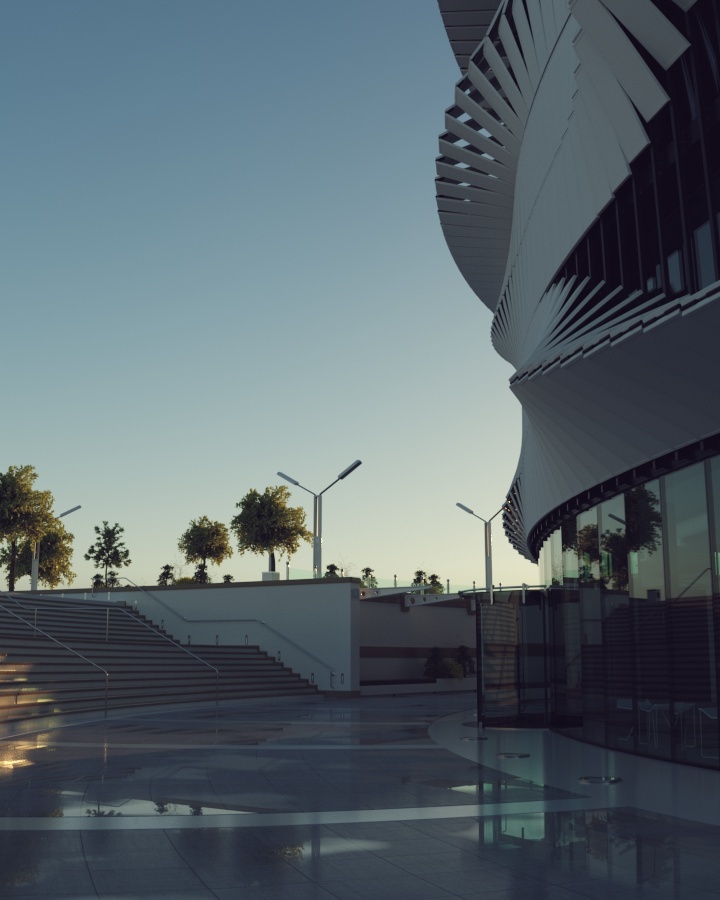 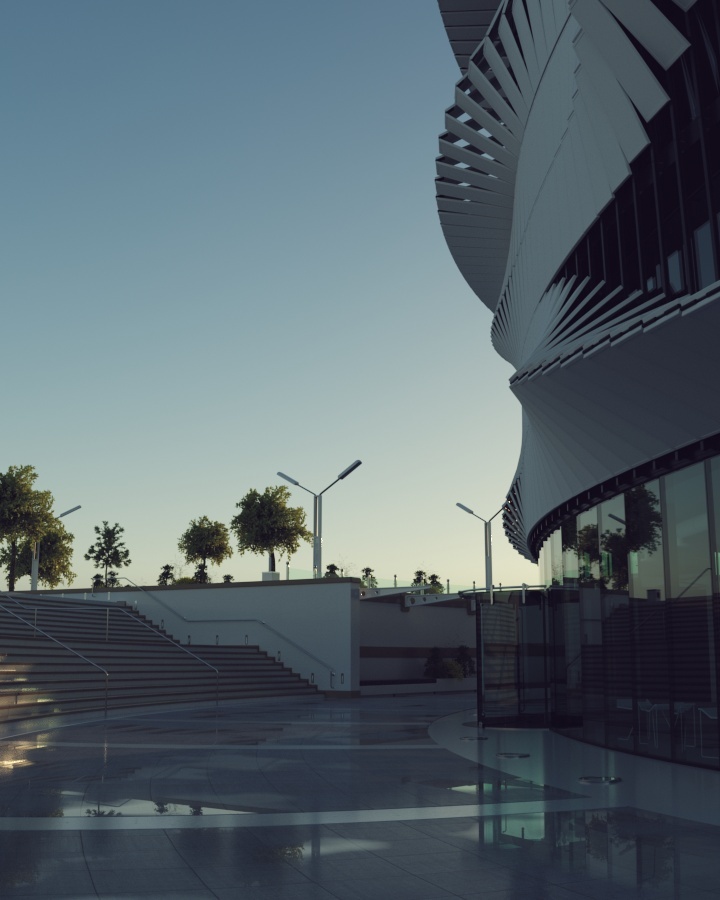 Exclude – Excludes objects from illumination/shadow casting for the sun light.

Invisible – When enabled, makes the sun invisible, both to the camera and to reflections. This is useful to prevent bright speckles on glossy surfaces where a ray with low probability hits the extremely bright sun disk.

Affect diffuse – Determines whether the VRaySun is affecting the diffuse properties of the materials.

Affect specular – Determines whether the VRaySun is affecting the specular of the materials. The multiplier controls the suns contribution to specular reflections.

Affect atmospherics2 – Specifies whether the light influences the atmospheric effects in the scene. The value determines the amount of involvement.

Cast atmospheric shadows – When enabled, the atmospheric effects in the scene cast shadows. 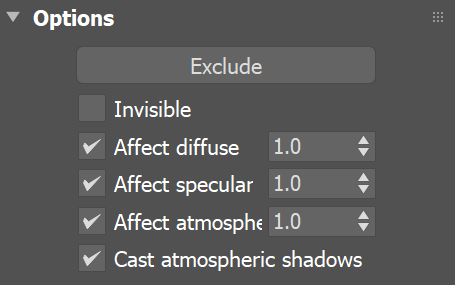 Shadow bias – Moves the shadow toward or away from the shadow-casting object (or objects). Higher values move the shadow toward the object(s), while lower values move it away. If this value is too extreme, shadows can "leak" through places they shouldn't or "detach" from an object. Other effects from extreme values include moire patterns, out-of-place dark areas on surfaces, and shadows not appearing at all in the rendering. For more information, see The Shadow Bias example below.

Photon emit radius – Determines the radius of the area where photons would be shot. This area is represented by the green cylinder around the Sun's ray vector. This parameter has effect when photons are used in caustics. See the Photon Emission Radius example for more information. 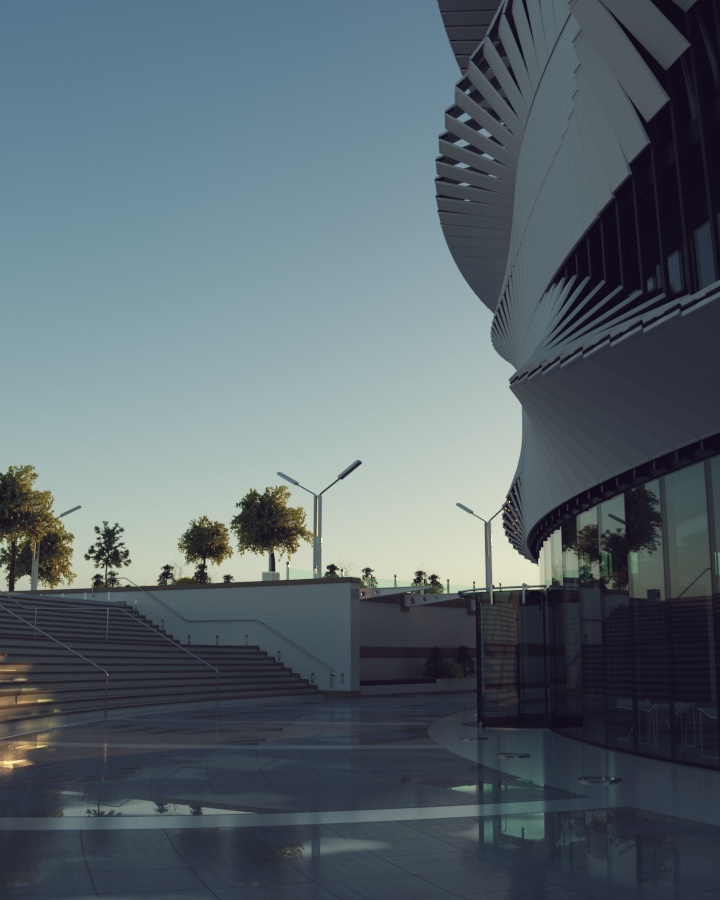 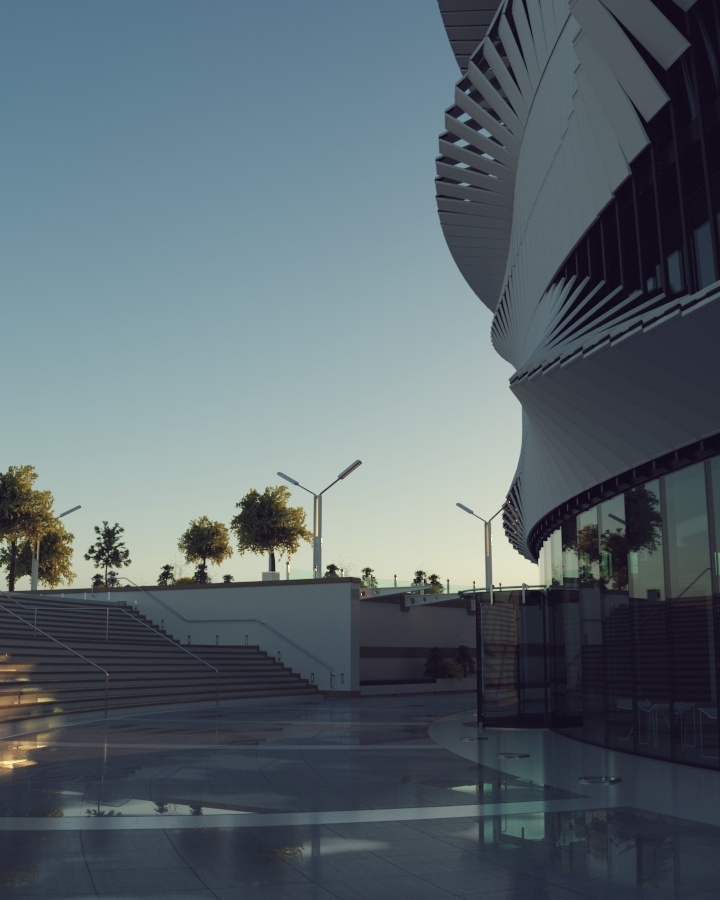 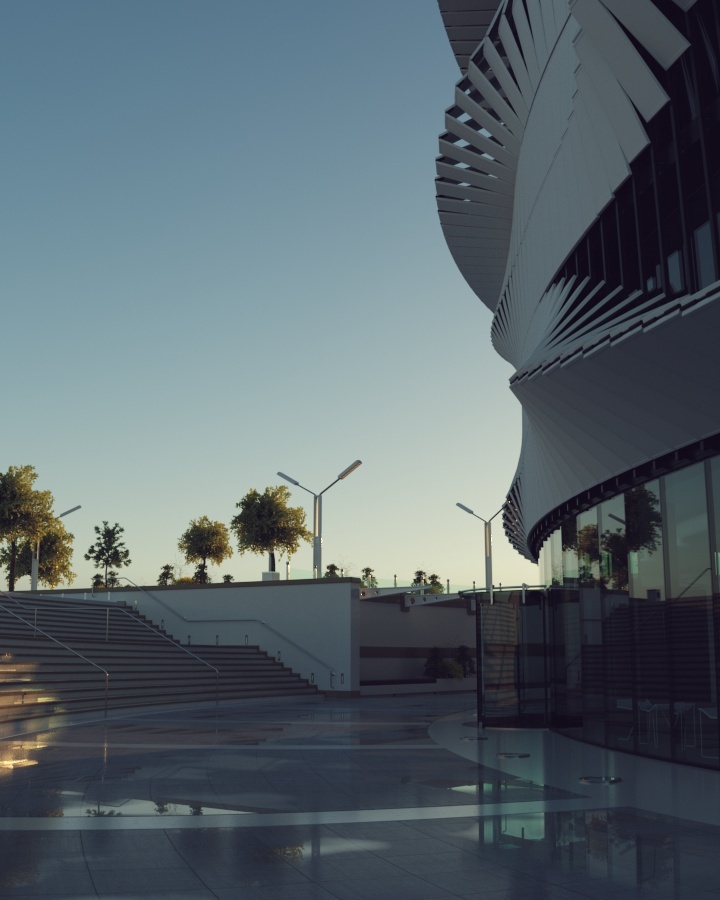 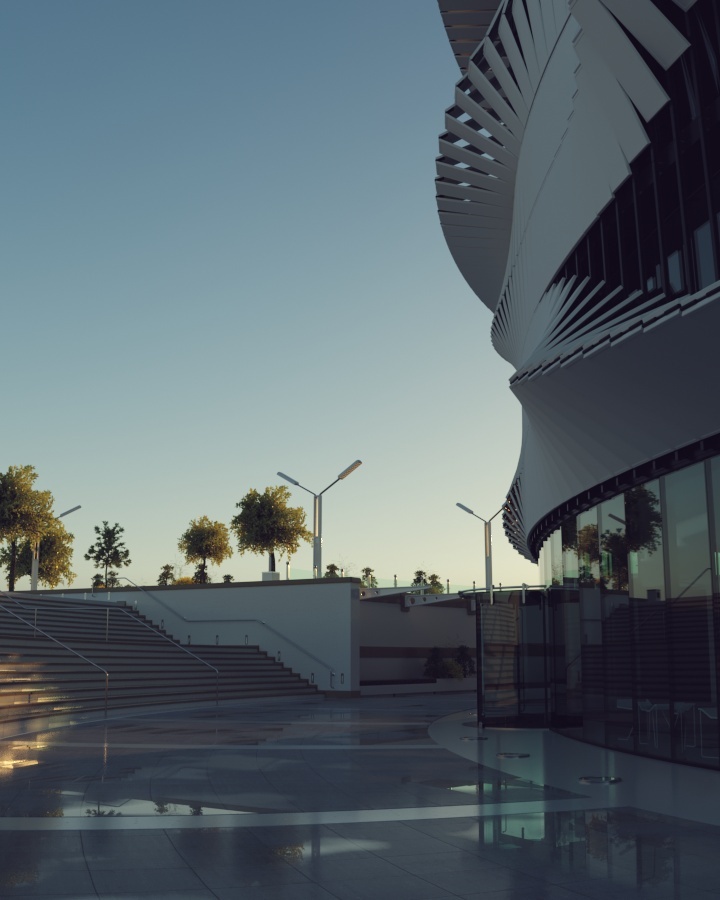 In addition to the parameters of the sun and sky, their appearance also depends on the selected color mapping mode. This example demonstrates the looks achieved with several different color mapping modes. See also the section on Color mapping for more details. 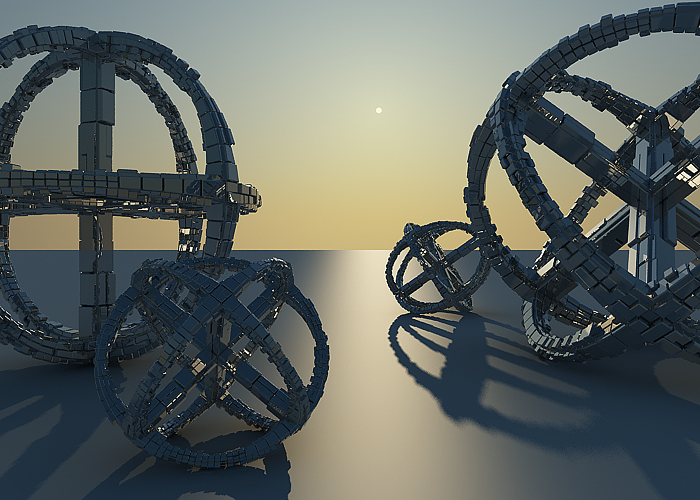 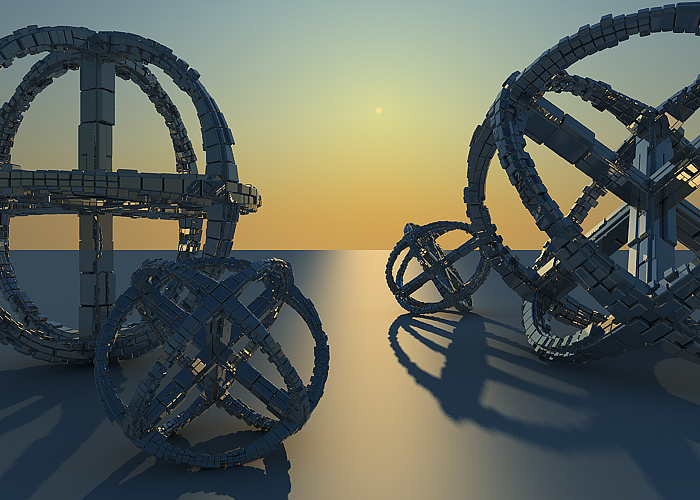 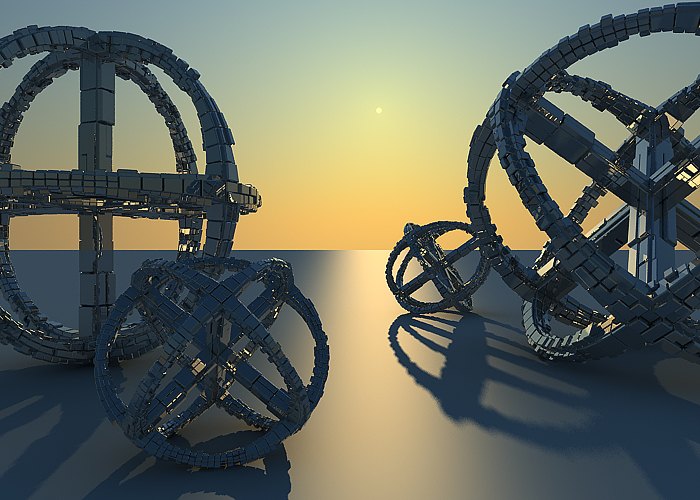 This feature is available in V-Ray 6 for 3ds Max, Beta only.

Clouds on – Enables the cloud system.

Ground shadows – When enabled, casts shadows from the clouds.

Density – Controls the density of the cumulus and stratus types of clouds. A value of 1 fills up the sky with clouds.

Variety – Controls the variety of the cumulus and stratus types of clouds.

Cirrus amount – The maximum value of 1 fills the sky with cirrus clouds. Decreasing the value, lowers the presence of such clouds. When set to 0, the cirrus clouds are completely gone.

Phase X (%) – Controls the phase by X axis, can be used to fine-tweak the cumulus and stratus clouds appearance. The appearance of the clouds loops at 0, 100, 200, etc. This parameter can be animated to resemble natural clouds appearance.

Phase Y (%) – Controls the phase by Y axis, can be used to fine-tweak the cumulus and stratus clouds appearance. The appearance of the clouds loops at 0, 100, 200, etc. This parameter can be animated to resemble natural clouds appearance. 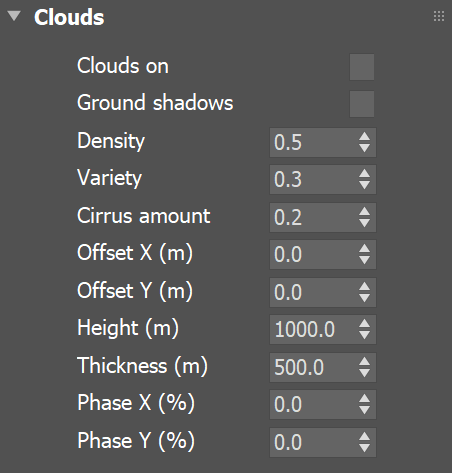 This examples shows the effect of Density parameter on the clouds. Cirrus amount is set to 0.25, Height is 1400, and Thickness is 470.

Move the slider to see the example renders.

Here is a list of links and references about the V-Ray Sun and Sky implementation, as well as general information about the illumination of the Sun.

[1] A.J. Preetham, P. Shirley, and B. Smits, A Practical Analytic Model for Daylight, SIGGRAPH 1999, Computer Graphics Proceedings;
An online version can be found at  http://www.cs.utah.edu/~shirley/papers/sunsky/
This paper includes source code examples and is the base for the VRaySun and VRaySky plugins.

[3] R. Cahalan, Sun & Earth Radiation
This page can be found at  http://climate.gsfc.nasa.gov/static/cahalan/Radiation/ (Please note that this link is no longer valid).
These pages contain a list of accurate solar irradiances across a large portion of the electromagnetic spectrum.

[4] D. Robinson-Boonstra, Venus Transit: Activity 3, Sun & Earth Day 2004
This document can be found online at
http://sunearth.gsfc.nasa.gov/sunearthday/2004/2004images/VT_Activity3.pdf  (Please note that this link is no longer valid).
Among other things, this document gives the distance from the Sun to the Earth and the size of the Sun derived from astronomic observations.

[5] Hosek L, et al, An Analytic Model for Full Spectral Sky-Dome Radiance
This document can be found online at
http://cgg.mff.cuni.cz/projects/SkylightModelling/HosekWilkie_SkylightModel_SIGGRAPH2012_Preprint_lowres.pdf
Describes the Hosek sky model used by the VRaySun and VRaySky