This page introduces V-Ray camera topics and generally how to access them. Please click on the appropriate topic(s) below for the full documentation and proper usage information. 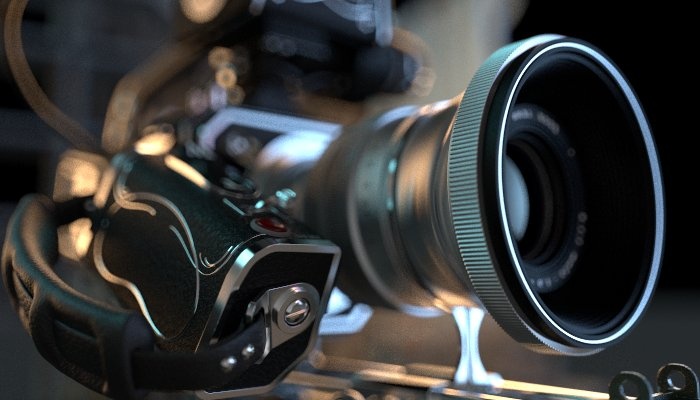 Using the VRayCamera is the most direct way to utilize camera functionality in V-Ray for Nuke. These options include: tools that control the camera like a real camera with settings such as F-stop, shutter speed, and ISO film speed, turning the camera into a dome camera, and setting up a stereoscopic camera for rendering left/right pairs of images. The benefits of using the VRayPhysicalCamera include easier matching to a back plate and better simulation of real-life camera settings. It also gives full control over depth of field and motion blur effects.

For details on these options, see Physically Accurate Camera | VRayCamera.

Parameters can set scene-wide overrides to the VRayCameras, to primarily define the type of camera with which to render the scene, such as a standard pinhole camera or a panoramic VR camera.

Many parameters can be overridden including camera types and settings for Field of View (FOV), Depth of Field (DoF), and Motion Blur functions for the scene.

For details on these options, see Render Settings | VRayRenderer.

The VRayPhysicalCamera Spherical type can capture a full 360-degree view of the scene. This can be especially useful for capturing a spherical panorama to be viewed in virtual reality applications (VR), or to project a spherical panoramic image onto geometry.

The VRayPhysicalCamera Fish eye type is a special type of camera that captures the scene as if it is normal pinhole camera pointed at an absolutely reflective sphere which reflects the scene into the camera's shutter. Use the distance and FOV settings to control what part of the sphere will be captured by the camera. Note that the sphere always has a radius of 1.0.

The VRayPhysicalCamera Cylindrical type is a special type of camera that captures the scene as if all the camera rays are cast from the center of the cylinder. In the vertical direction the camera acts as a pinhole camera, while in the horizontal direction it acts as a spherical camera.