This page gives details on how to install the license system on medium to large networks for Chaos products.

An instance of the Chaos License Server that uses the same user account may be installed more than once on the same internal network when on different workstations or servers to act as a redundancy measure. This is to make sure licenses are still obtainable during server downtime due to failures or maintenance, which is especially useful for organizations with multiple locations that share the same internal network.

The installer is straight forward and easy to run, but if you need help, please see the Installing the License Server page for details on the process. Instructions there also include using your Chaos account to access your purchased licenses online.

The following are a few examples of how to best deploy license servers in multi-machine environments, depending on the needs. 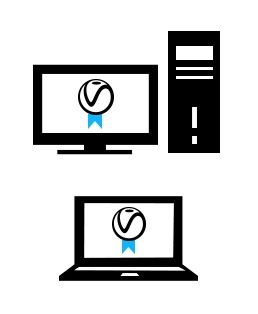 In a case where there are only a couple of machines, such as users with a workstation and a laptop, it's best to install and activate the License Server on both machines.

Please note that any borrowed licenses will be available only on the License Server from which they were borrowed. Also, any dongle licenses require that the dongle be attached to the same license server.

In a small office or studio environment, for example with 10 workstations, it's best to install and activate a single License Server for the office, that is activated by the user account. All of the workstations will then need their license settings configured to use the IP address of that one license server machine as their primary server.

The license server should be visible from the local network by default, however, you can check Settings > Expert mode to make sure that Network Visibility is set to Visible to Local Network.

To make configuration changes easier, a single vrlclient.xml file may be loaded from a shared network drive for all networked office machines requiring a license. For more details on how to do that, visit the Sharing vrlclient.xml over a network page. 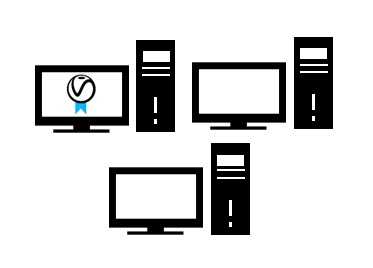 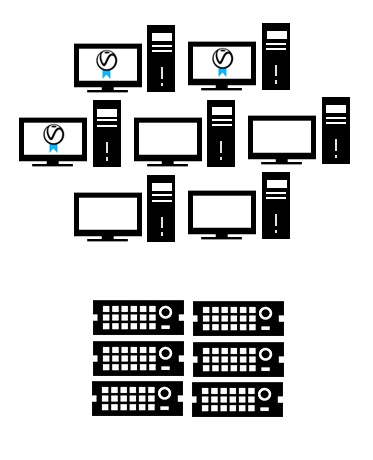 In offices or studios with multiple regional or even global locations, install up to three license servers for each location, all activated on the same account. This way, each office will have a local redundancy. All the workstations in that local office would have their license settings configured to use the IP addresses of those 2-3 local license server machines as their primary and alternate server(s).

Note that installing a license server for one location in a remote location may lead to connection issues when obtaining a license. 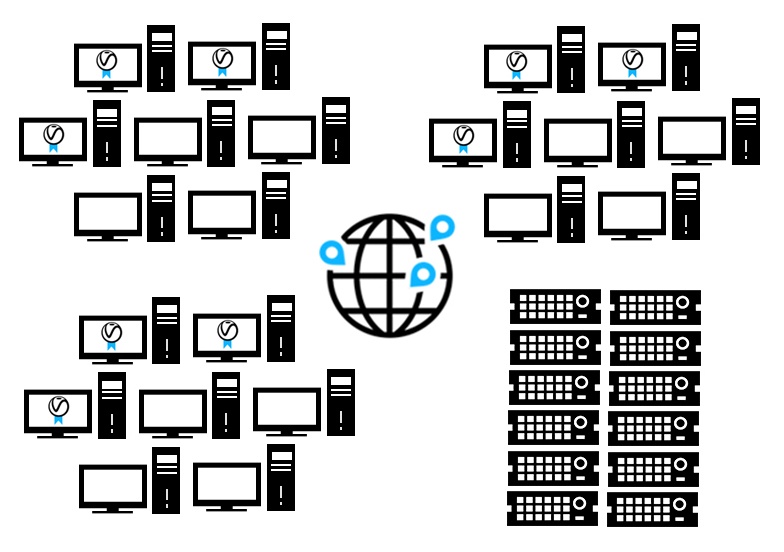 For example, in a 20-user environment on the same internal network, the License Server could be installed on two or three of the 20 workstations, all of which should be activated by the same user account. Then, all 20 of those workstations will need their license settings configured to use the IP addresses of those two or three machines as the primary and alternate server(s) as shown in the image below. This UI is accessed by running the Change V-Ray License Settings application included with your product's installation. 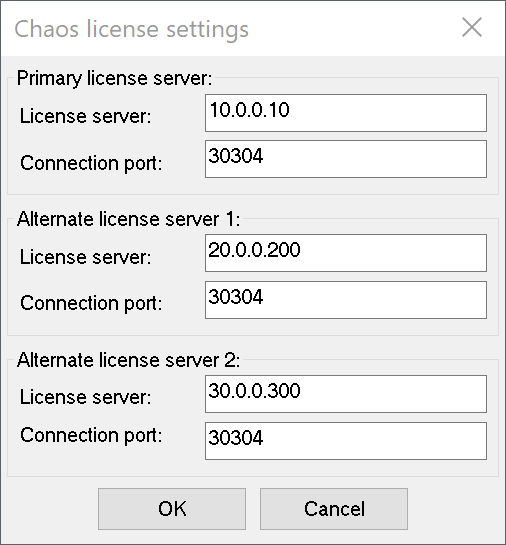 Example License Settings for a workstation using three License Server systems for redundancy.
This shows the use of two alternate servers in different locations, such as with a multi-office organization.

Having too many instances of the License Server

Using many licenses on a Linux machine

When a lot of licenses are utilized at the same time on a Linux OS machine(s), license errors might appear on randomly selected machines. That is caused by the limit of "open files", i.e. file descriptors, which by default is 1024. The limit should be increased to 10000 or more.

Check the current limit of the open files