This page provides information on the Image sampler rollout in the V-Ray tab of the Render Settings.

In V-Ray, an image sampler refers to an algorithm for calculating a pixel's color based on the colors within and around it.

Each pixel in a rendering can have only one color. To get the color of a pixel, V-Ray calculates it based on the object's material, direct light striking the object, and indirect lighting in the scene. But within a single pixel there might be multiple colors, which may come from multiple objects whose edge intersect at the same pixel, or even difference in brightness on the same object due to changes in object shape or falloff and/or shadowing of light sources.

To determine the right color for such a pixel, V-Ray looks at (or samples) colors from different parts of the pixel itself as well as the pixels around it. This process is called image sampling. V-Ray includes two main image samplers, each with its own approach to sampling and its own parameters: Progressive and Bucket. 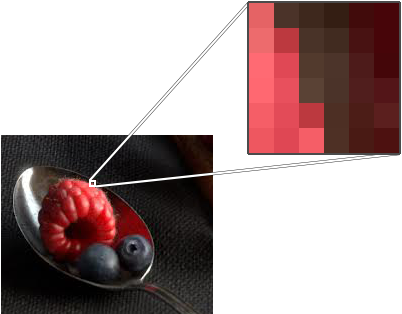 Multiple colors within a single pixel. What color should the pixel be?

Example: What is anti-aliasing?

One of the purposes of sampling is to improve anti-aliasing. The following example shows the difference between an image with Image Sampler Subdivs locked to 1 and an image with the default Max Subdivs value of 24.

V-Ray performs anti-aliasing by sampling colors in areas where one color meets another, as with the edges touching the background. The choice of image sampler and the parameter settings determines the effectiveness of anti-aliasing for any particular scene.

Anti-aliasing within a material can also be affected by filters, such as those included with 3ds Max. V-Ray image samplers support most 3ds Max filters. 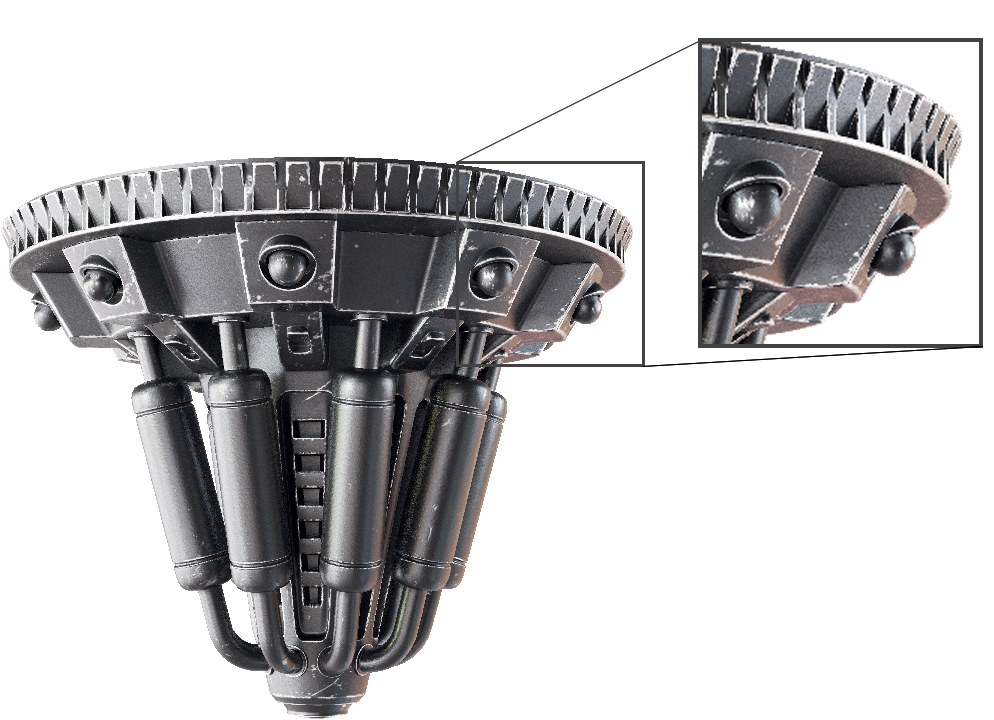 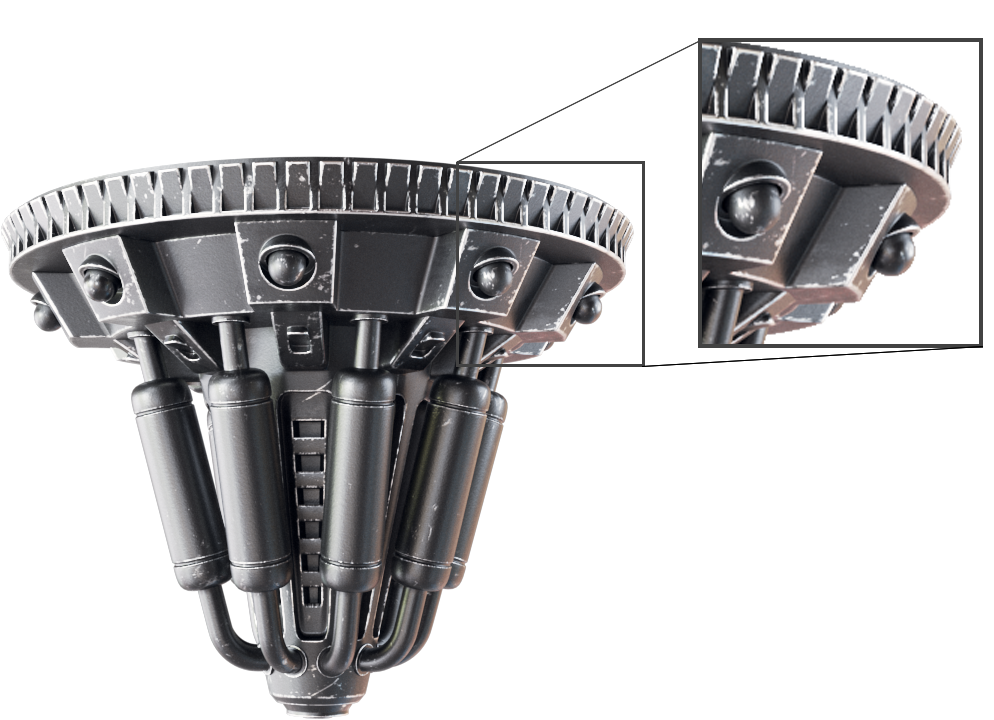 Type – Specifies the image sampler type. Depending on this choice, an additional rollout opens up below the Image sampler (Antialiasing) rollout with specific settings for that sampler type.

Render mask – Enables the use of a render mask to determine which pixels of the image are calculated. The rest of the pixels are left intact. This feature works best with the V-Ray Frame Buffer as the render window and Type set to Bucket. The following choices are available:

None – A render mask is not used.
Texture – Render mask is a texture. Black values in the map define pixels which are not rendered. Pixels with any other values are rendered. The texture should use the screen mapping type.
Selected – Only pixels that belong to the currently selected object(s) are rendered. V-Ray still calculates the entire image, but only renders parts that belong to the selected object(s). This mode is useful if you want to isolate or re-render just some objects from the scene.
Include/Exclude list – Same as Selected, but objects are selected by list.
Layers – Renders only objects that belong to the currently selected layer.
Object IDs – Renders only objects with specified Object IDs. Separate Object IDs with a comma (,).

If the semi-transparent objects are in front of the Render-Masked ones, they still appear in the render.

Min shading rate – Controls the number of rays shot for Anti-aliasing (AA) versus rays for other effects like glossy reflections, GI, area shadows, etc. This setting is especially useful with the Progressive image sampler. Higher values mean that less time is spent on AA, and more effort is put in the sampling of shading effects. For more information, see the Min Shading Rate Example. 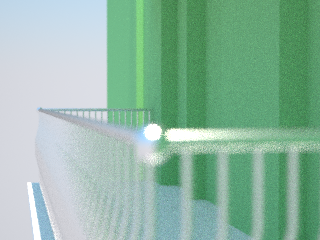 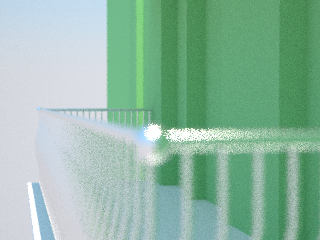 Both of the images above rendered with the Progressive image sampler for the same amount of time. With Min Shading rate set to 16, at least 16 GI rays are shot for each AA ray, which produces smoother GI, but overall leads to less samples left for the DOF effect.

Choosing the Best Image Sampler for the Situation

Image samplers require a substantial amount of RAM to store render information. This is especially true for the Progressive sampler, which stores the entire image in memory before beginning the rendering process. The Bucket sampler, on the other hand, stores only the summed result of all sub-samples for a pixel and so usually requires less RAM. Using large bucket sizes might require more memory.