This page provides information on the Progressive Image Sampler rollout under the V-Ray tab.

This rollout appears when the Type in the Image sampler (Antialiasing) rollout is set to Progressive. The Progressive sampler is similar to the Bucket sampler, but instead of rendering the image in buckets, it renders the entire image progressively in passes.

The advantage of this sampler is that you can see an image very quickly, and then let it refine for as long as necessary as additional passes are being computed. This is in contrast to the Bucket image sampler, where the image is not complete until the final bucket is done.

A disadvantage is that more data needs to be kept in memory, especially when working with render elements. Also, when using Distributed Rendering, because of the continuous refinement, frequent communication between the client machine and the render servers is required, which may reduce the CPU utilization on the render servers. This effect can be controlled to some extent by adjusting the Ray bundle size and Min shading rate parameters.

Note: In contrast with the Bucket image sampler, the Progressive sampler doesn't have a mechanism to recover if a DR server goes offline during rendering before sending back the results from its calculations. The render process might hang indefinitely waiting for the missing data to arrive. This will be corrected in a future release. 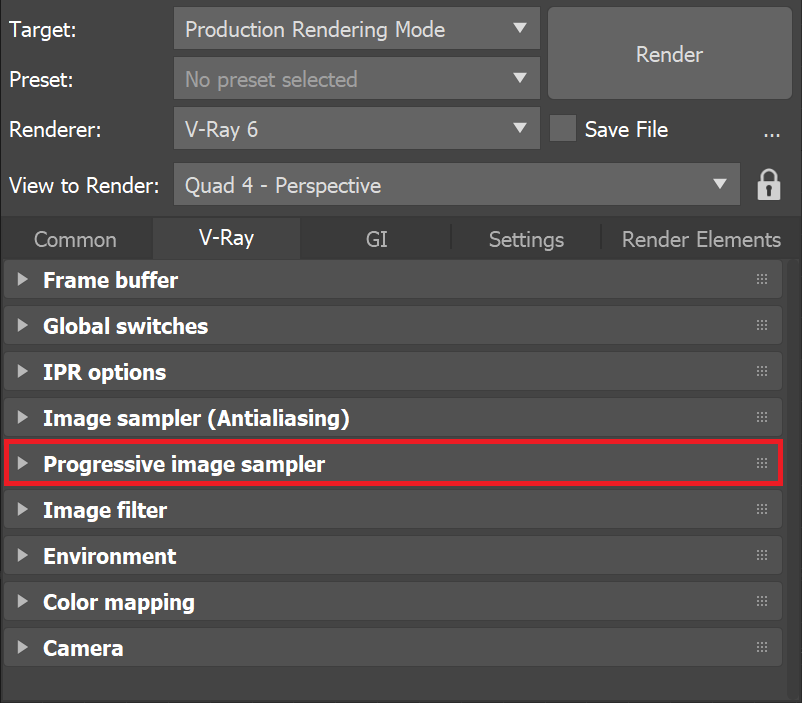 Min. subdivs – Controls the minimum number of samples that each pixel in the image receives. The actual number of the samples is the square of the subdivs.

Max. subdivs – Controls the maximum number of samples that each pixel in the image receives. The actual number of the samples is the square of the subdivs.

Render time – The maximum render time in minutes. When this number of minutes is reached, the renderer stops. This is the render time for the whole frame; it includes any GI prepasses like light cache, irradiance map, etc. If this is 0.0, the render is not limited in time.

Noise threshold – The desired noise level in the image. If this is 0.0, the entire image is sampled uniformly until either the Max. subdivs value is reached or the Render time limit is reached. 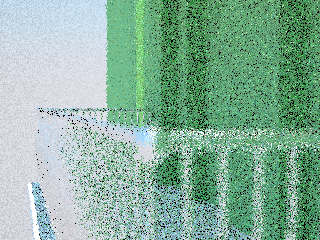 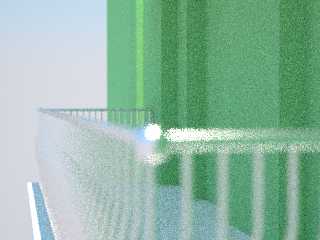 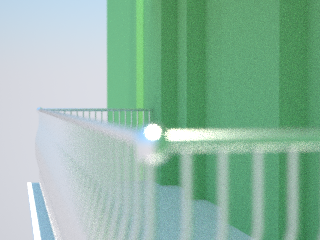 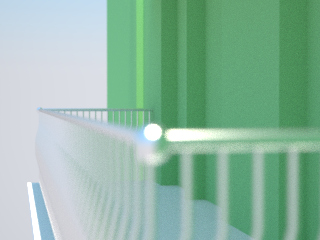