This page provides information on the Edge Map.

VRayEdgesTex achieves an effect similar to the wireframe materials in 3ds Max. Since it is a texture rather than a material, it can create some interesting effects that are not possible with standard 3ds Max materials.

When used as a bump map, this texture can produce a "round corners" effect for mesh objects, giving corners and edges a rounded bevel as shown in the examples at the end of the page. 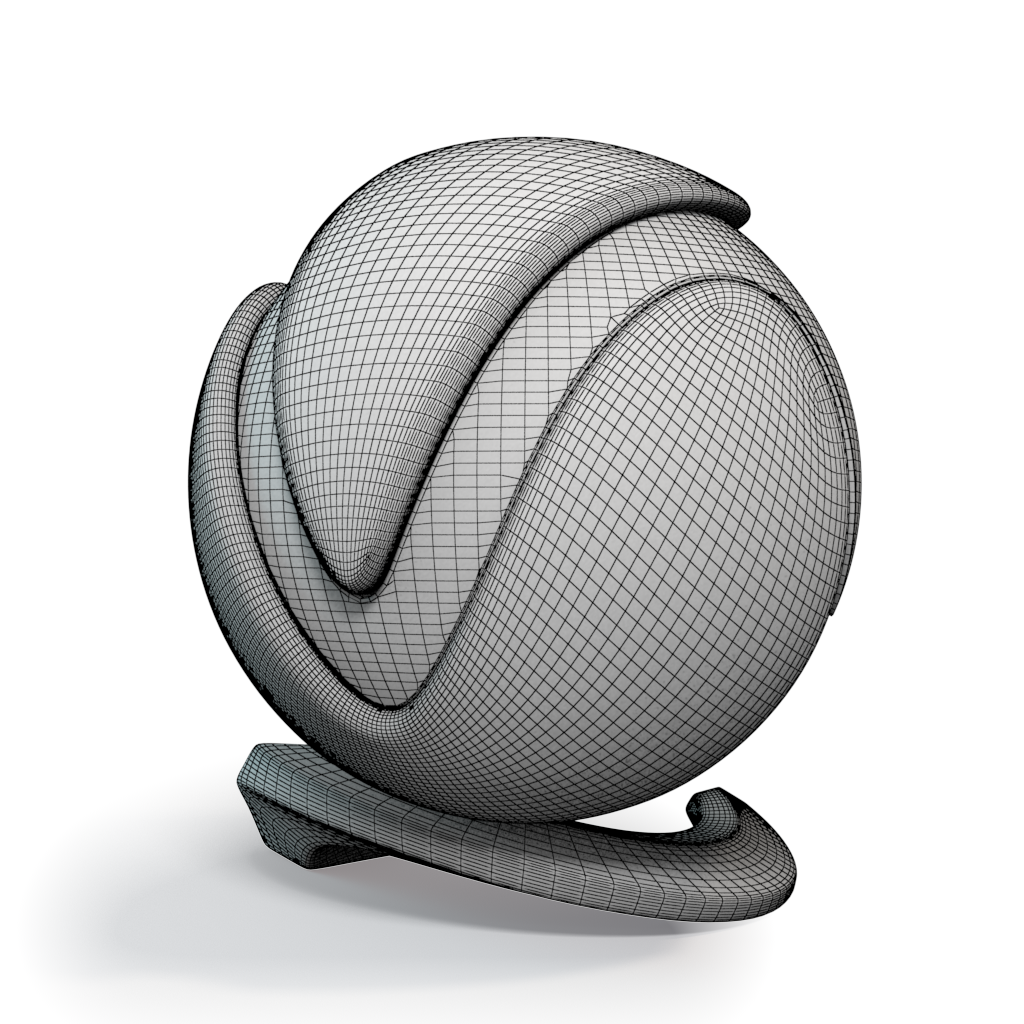 Color – Specifies the color of the edges.

Hidden edges – When enabled, all edges of triangles are rendered including diagonal edges across polygons, which are normally invisible. When disabled, only edges marked as "visible" are rendered. For more information, see the Hidden Edges example below.

World width – Specifies the width of the edges in world units.

Pixel width – Specifies the width of the edges in pixels. 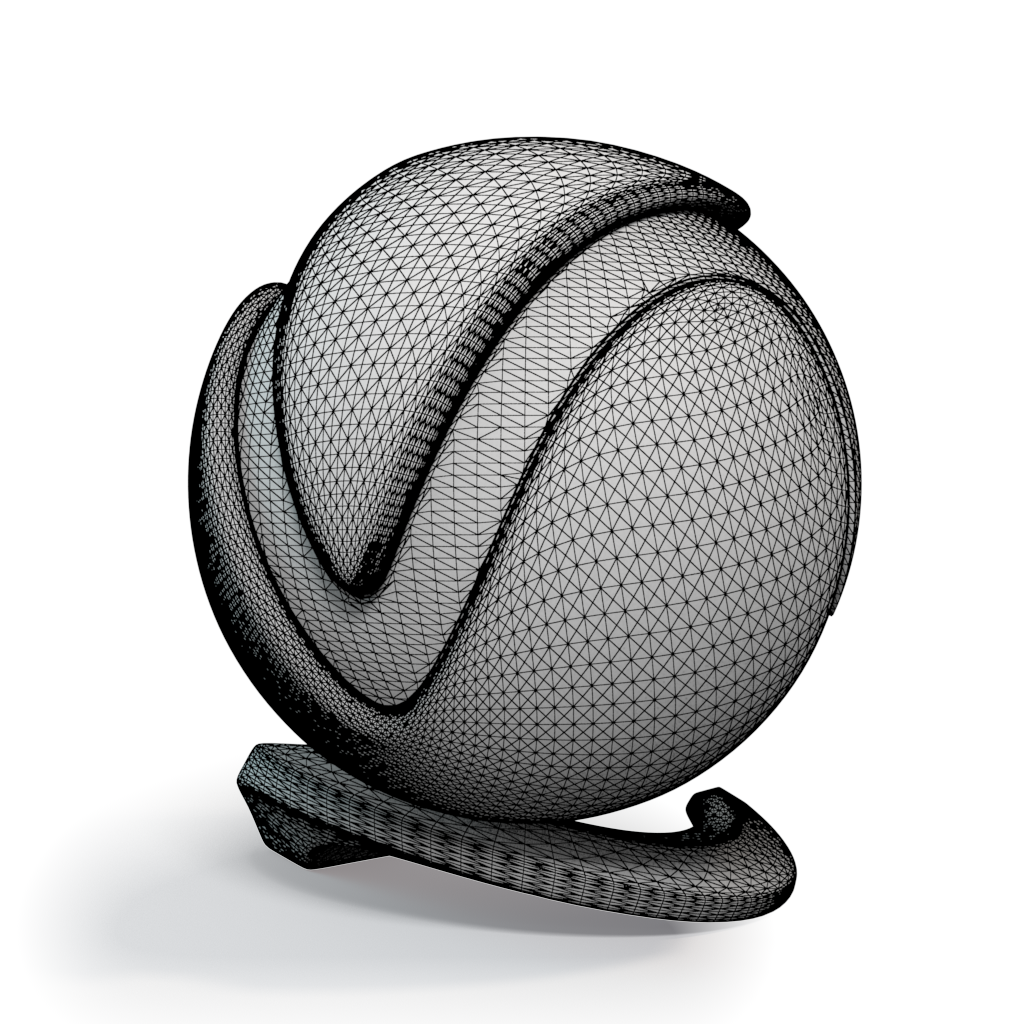 Radius – Specifies the radius for rounded corners when the texture is used as a bump map. This value is always expressed in world units. For more information, see the Radius example below.

Corners – Specifies the types of corners to which rounded edges will be applied. For more information, see the Corners example below.

This example shows the effect of the rounded edges based on the radius when VRayEdgesTex is used as a bump map. The cube is 50 units in each dimension. The radius is set to a value of 1 in the first image, and to a value of 3 in the second image. 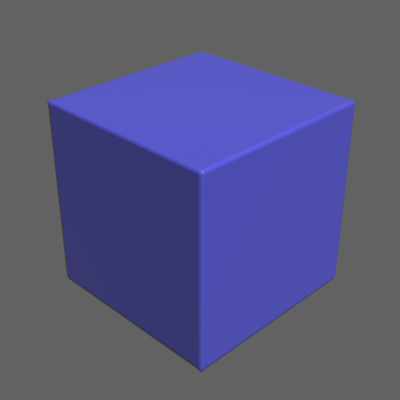 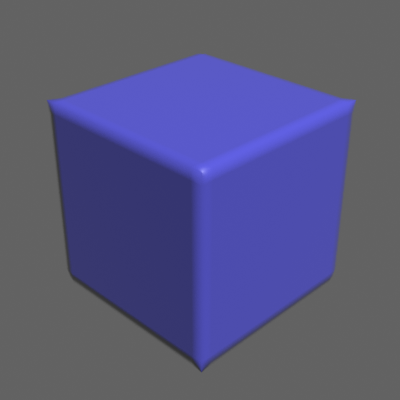 In this example, the cube and the cylinders are separate objects in the 3ds Max scene. VRayEdgesTex is used as a bump map on all objects. 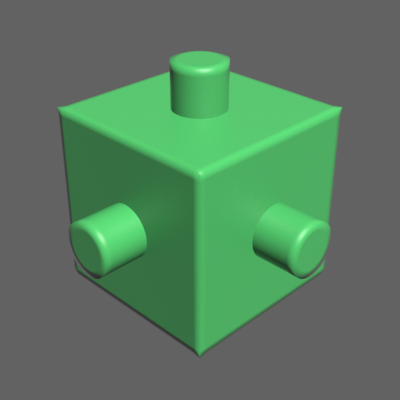 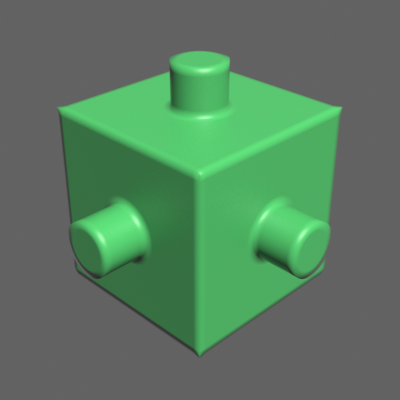 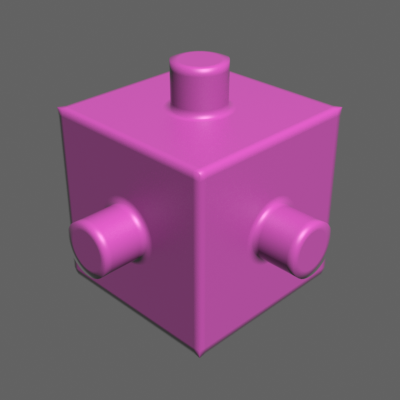 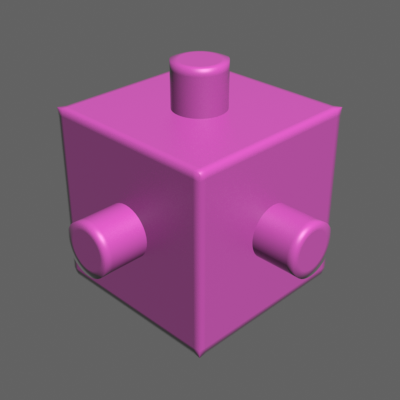 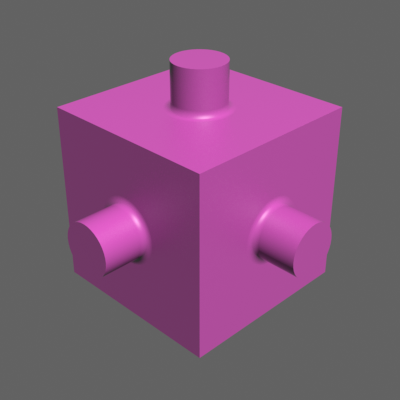 Multiplier value – Weight of the multiplier map. For more information, see the Multiplier example below.

The following example of multiplier values shows a cube with a mapped VRayEdgesTex applied to the bump slot of a VRayMtl. 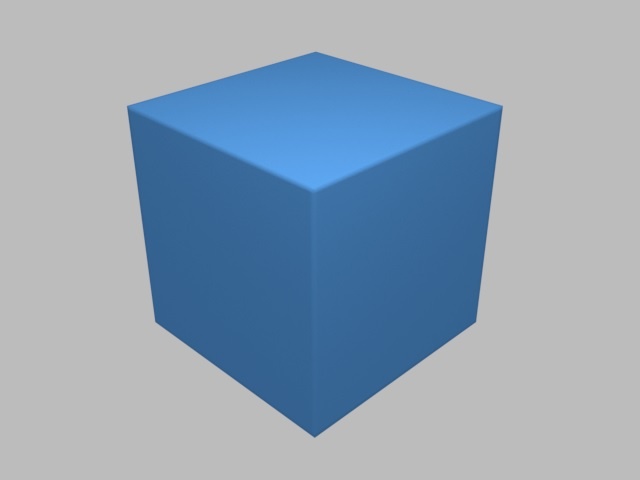 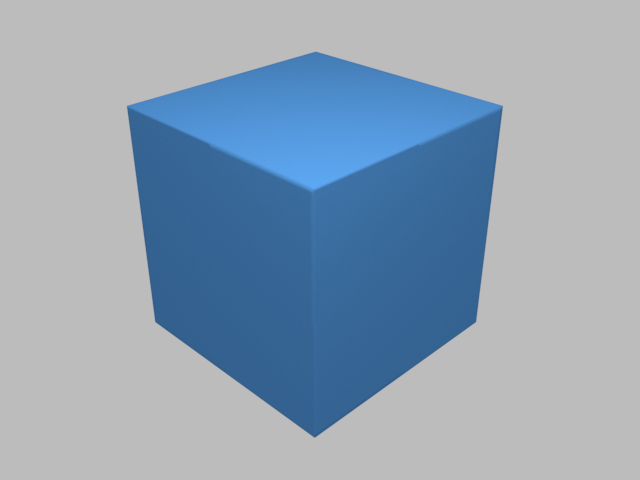 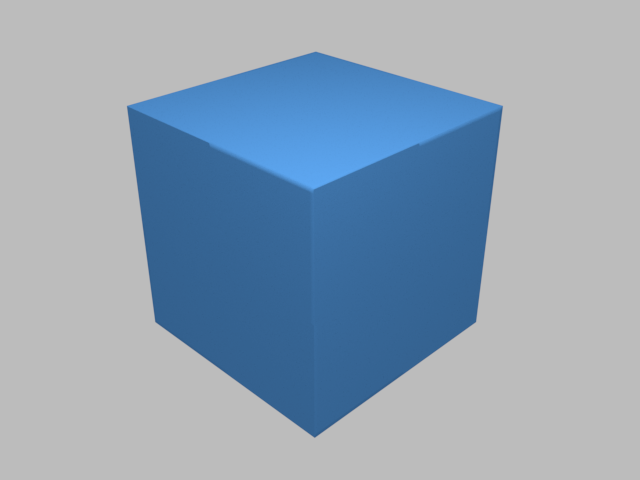 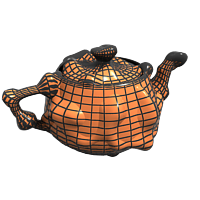 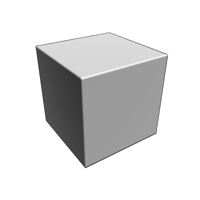 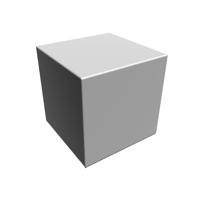