This page describes the V-Ray Scene node in V-Ray for Maya.

The V-Ray Scene node is the result of importing a .vrscene file into your scene from the V-Ray Scene Manager. Its parameters are available in the Attribute Editor after import.

For detailed information on how to export a .vrscene file, see the Exporting and Using V-Ray Scene Files tutorial.

V-Ray Object Properties can be assigned to VRayScene nodes to override properties like primary visibility, matte properties and other.

A VRayScene object can also be loaded by dragging and dropping a .vrscene file directly in your viewport. 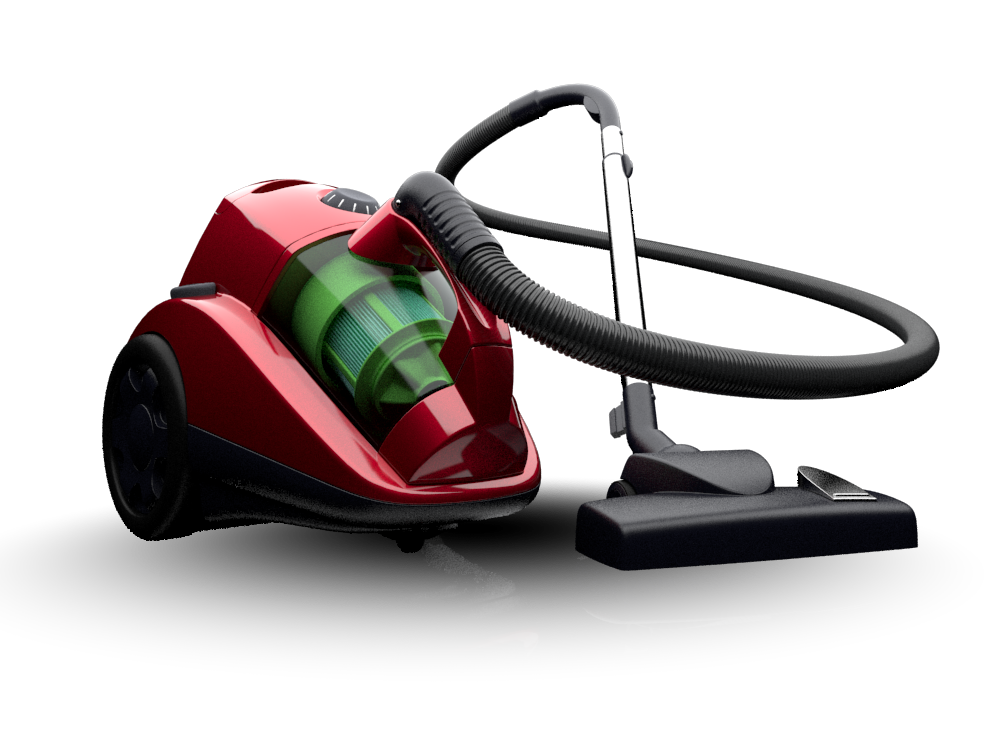 Disable – Turns the VRayScene object off in the render. The preview is still visible in the viewport to select the node, but the items in the vrscene do not appear in any renders.

File (*.vrscene) – The path and filename of the vrscene loaded into the Scene node. Animation vrscene can be stored either in one single file, or as a sequence of files with one file per frame. In the latter case, you can use the string <frame0n> in the file name to have it replaced with the current frame number at render time, where n is an integer number specifying the number of digits. For example, if you enter my_vrscene_<frame04>.vrscene as the file name, this will be expanded to my_vrscene_0000.vrscene for frame 0, my_vrscene_0001.vrscene for frame 1, and so on.

Load Mode – Specifies how to load the .vrscene file.

Flip Axis – Controls which axis is used as a vertical - the Y or Z axes for the loaded vrscene. You can choose between:

Add Lights – When enabled, the lights from the vrscene is used in the render.

This example shows how to instance a vrscene using MASH. A .vrscene is imported with the Scene Manager. The vrscene used in this example consists of one geometry object (an owl), which has a material applied.

In the VRayScene rollout, change the Load Mode to Geometry. This way, the scene will load only geometry and shading, but it will become available for instancing. 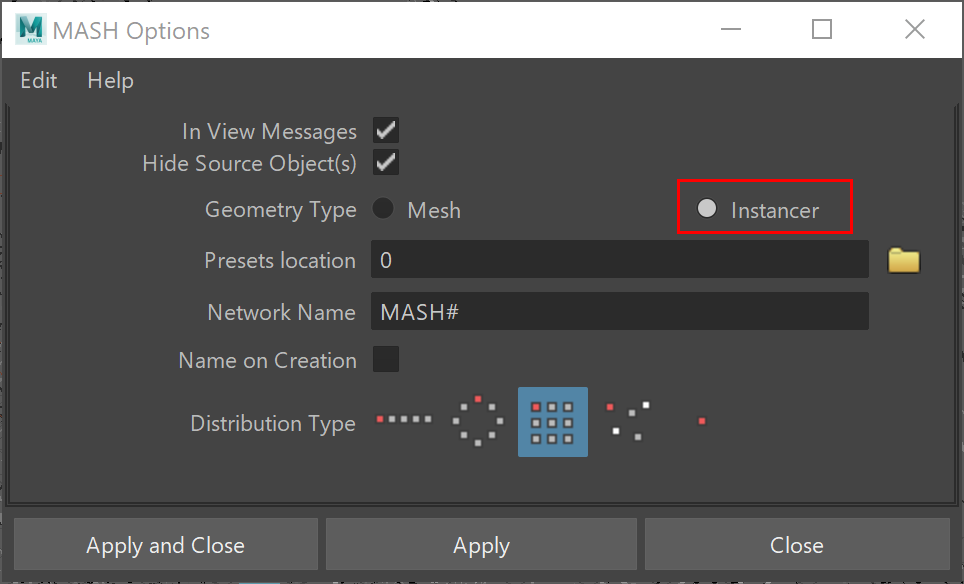 Adjust the distribution of your MASH network. In the example shown, the original owl scene is instanced 9 times. The instances are distributed in a Grid, with Distance X and Z set to 50.0. 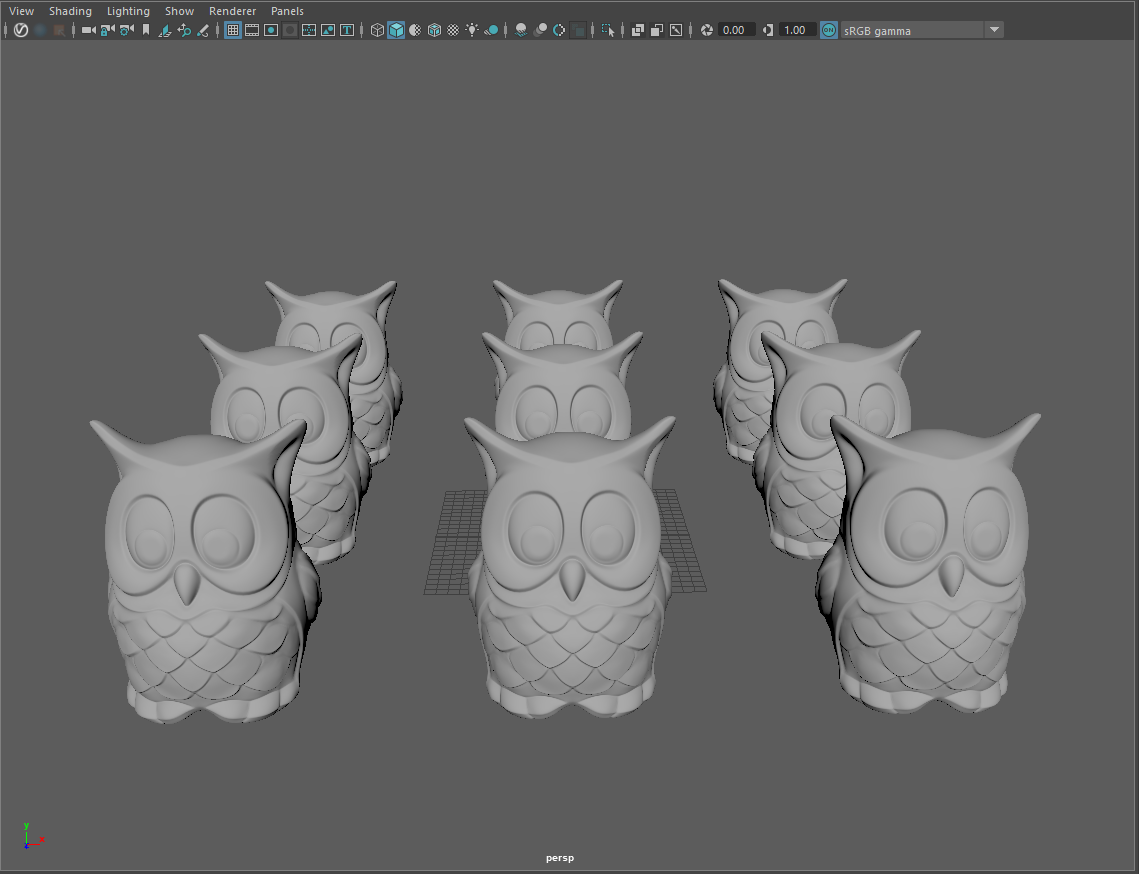 The new scene is ready to be rendered or exported as a .vrscene, allowing you multiple instancing of one vrscene.

Here is how to instance a vrscene with nParticles. Import the .vrscene using the Scene Manager. The vrscene used in this example consists of one geometry object (an owl), which has a material applied.

In the VRayScene rollout, change the Load Mode to Geometry. This way, the scene will load only geometry and shading, but it will become available for instancing.

Go to nParticles > Instancer. Select the newly created instancer node and add the vrscene as an instanced object: 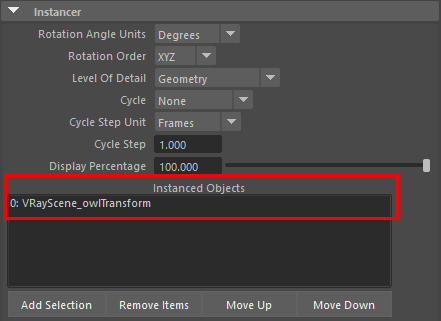 Once done, the vrscene instances load in the viewport and are ready to render. In the example below, the points of the instances are randomly selected. 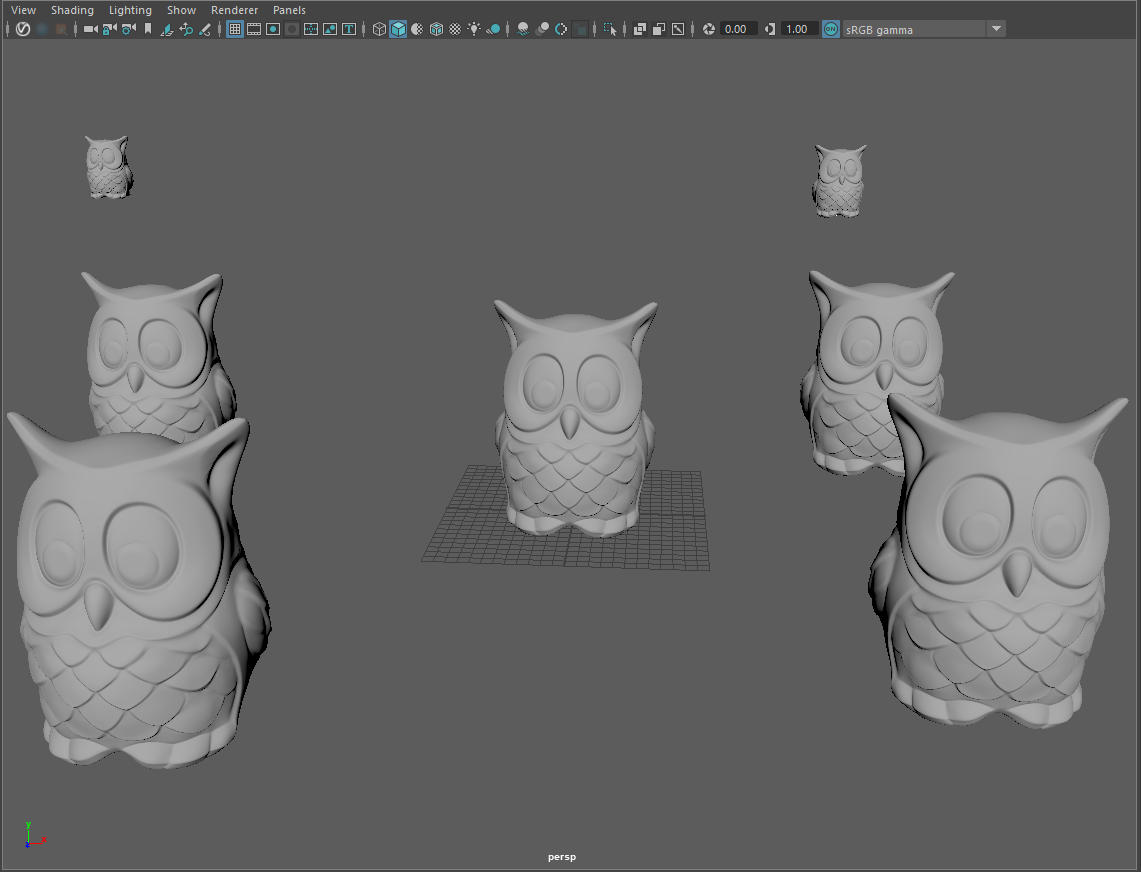 Note that if you miss to select the Geometry Load Mode of the vrscene, the render will not include the instanced geometry, although it will be visible in the viewport!

Animation Type – Sets the way any animation in the vrscene play within your current scene.

Anim Start – The frame used for the beginning of the animation.

Anim Length – The number of frames used to play the animation.

Anim Offset – The number of frames shifted between the animation and the time range.

Object ID – Overrides the object ID for all objects in the imported vrscene. If the override is not set, i.e. the value is -1 (minus one), V-Ray uses the original object IDs of the vrscene objects.

V-Ray Object Properties can be assigned to VRayScene nodes to override properties like primary visibility, matte properties and other.

With the scene manager, a vrscene can be imported and new instances of it can be made. Each instance can have its own Override Snippet. This allows overrides to be made independently for each instance of the same vrscene.

From File (*.vrscene) – The path and filename of the vrscene used to override the file loaded in the File parameter. 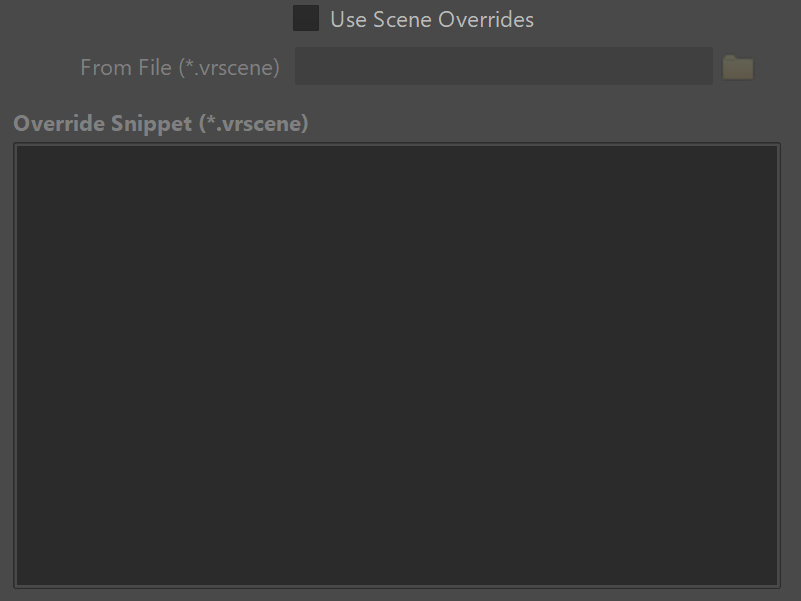